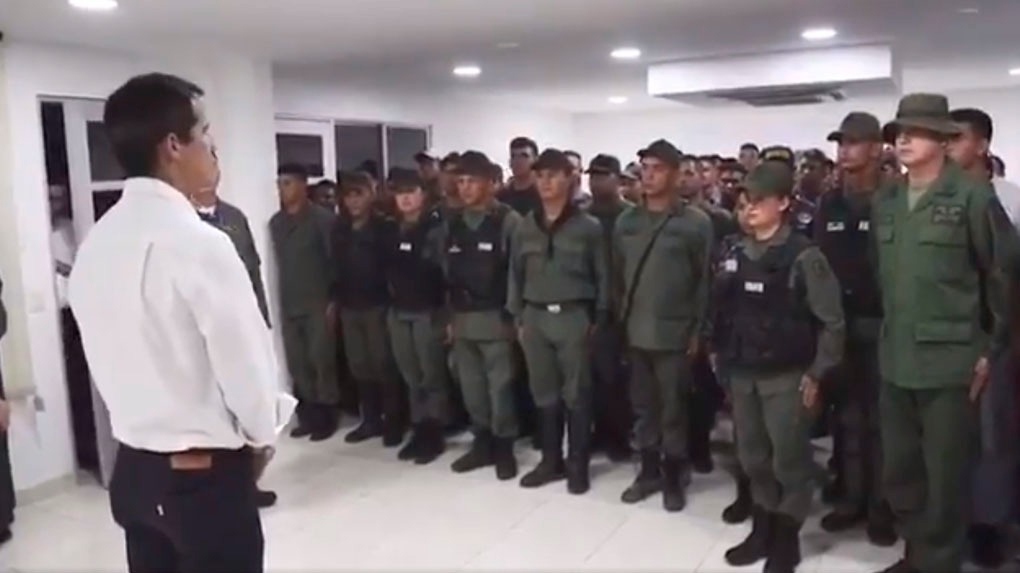 NOTE: In addition to this, VTV reported yesterday that the US Department of Justice’s investigation of CITGO found that Carlos Vecchio, Guaido’s fake ambassador who is living in exile because of violent crimes he committed in Venezuela, embezzled $70 million. Read more.

A report published in Miami-based Panampost claims that Rossana Barrera and Kevin Rojas, members Guaido’s Popular Will party, misappropriated funds earmarked for so-called “humanitarian aid” in Colombia. Barrera and Rojas were tapped by the opposition leader to supervise operations in the Colombian border town of Cucuta, which included tending to the soldiers who deserted from the Venezuelan armed forces. Barrera is the sister-in-law of Popular Will lawmaker Sergio Vergara, who is considered one of Guaido’s closest confidants.

The Venezuelan opposition attempted to force US-supplied aid across the closed Venezuelan-Colombian border on February 23, while also calling on the armed forces to turn against the Maduro government. The day saw violent skirmishes and the desertion of a few dozen soldiers, while one of the humanitarian aid trucks caught fire on Simon Bolivar bridge. The New York Times would later reveal that the fire was caused by a Molotov cocktail-wielding opposition activist.

Venezuelan military personnel who heeded Guaido’s call to rebel made headlines in recent weeks after being evicted from the hotels where they were staying over unpaid bills. The Panampost article states that the hotels had unpaid bills worth up to US $20 thousand.

The report goes on to detail an elaborate embezzlement scheme whereby Barrera and Rojas allegedly solicited funds for all Colombian hotels lodging military deserters and their families, despite Bogota and the UN Refugee Agency (UNHCR) paying for all but two. Both Guaido officials have also been accused of inflating by more than half the number of soldiers in their care, spending tens of thousands of dollars of the allocated funds on private dining, shopping and hotels. A number of supposed copies of receipts submitted by Barrera are included in the article.

Barrera and Rojas also tried to allegedly organize a fundraising dinner for the deserters at an exclusive restaurant in Bogota by impersonating Guaido’s appointed “ambassador” to Colombia, Humberto Calderon Berti. The fundraiser was cancelled when Calderon’s team alerted other diplomatic missions in Bogota that they were not behind the event.

Colombian authorities are said to have caught on to the excessive spending and misappropriation of funds and alerted Guaido and fellow Popular Will leader Leopoldo Lopez, but reportedly received no response. Barrera then allegedly went to meet Guaido’s representatives to submit her expenses to an audit, but intelligence sources quoted by the piece claim that the US $100 thousand total submitted falls short of the actual figure.

The Miami-based publication likewise alleges that 60 percent of the food donated by countries who back Juan Guaido has rotted. The responsibility over the USAID-coordinated aid was shared by Barrera and Rojas with Miguel Sabal. According to investigative blog La Tabla, Sabal is a long time opposition businessman who runs a foundation dedicated to recruiting anti-government activists.

Opposition leaders have reacted to the allegations, with Guaido stating in a press conference that he would not “tolerate” corruption and that his envoys would have to answer for the use of funds destined for military deserters. He also ordered Calderon to lead an investigation into the matter, with support from Colombian authorities. OAS Secretary General Luis Almagro likewise stressed that a “thorough investigation” was needed.

Panampost’s allegations overlap with Maduro government claims, issued after the arrest of Guaido chief of staff Roberto Marrero, concerning an opposition terrorist “plot.” Communications Minister Jorge Rodriguez presented what he claimed were screenshots of chats in Marrero’s phone which involved making payments to “Rossana from Cucuta” for the hiring of paramilitaries to lead attacks against public institutions.

The alleged corruption scandal comes as Guaido continues to see his support fall nearly four months after swearing himself in as “interim president.” A recent poll by opposition-aligned Datincorp found only 36 percent of Venezuelans to recognize Guaido as head of state, down from 49 percent in February. President Maduro, whom Guaido has repeatedly vowed to remove from office, has seen his recognition increase from 34 percent in February to 41 percent in June.