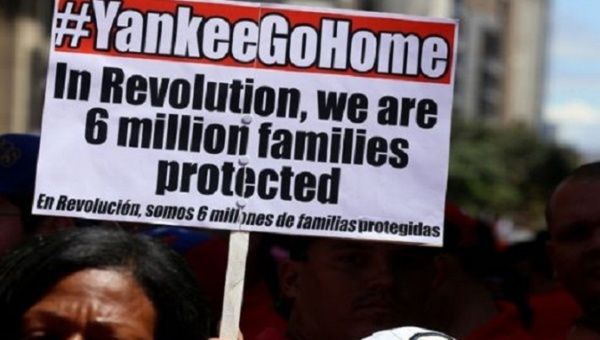 “The citizen Marrero Borgas is directly responsible for the organization of these criminal groups,” stated Minister Reverol.

“The citizen Marrero Borgas is directly responsible for the organization of these criminal groups. A batch of weapons of war, cash in foreign currency was seized from him during a search conducted at his residence,” stated the Interior Minister Reverol on a press conference on Thursday.

In the announcement that was made through the state-owned network Venezolana de Television (VTV), Reverol informed that investigative work was carried out by the Venezuelan intelligence agencies and the Public Prosecutor’s Office which ended in the arrest of citizen Roberto Eugenio Marrero Borgas, 49 years old, and Luis Alberto Paez Salazar, “who serves as the bodyguard of the aforementioned.”

“Facing the failure of the entrance, through our border, of the so-called humanitarian aid last Feb. 23, wanting to violate our sovereignty and facing the victory that the people of Venezuela gave against the electric attacks, these groups continue with their spiral of violence.”

The government led by democratically elected President Nicolas Maduro, will continue fighting any demonstration and elements associated with organized crime to continue guaranteeing the peace of the people of Venezuela,” stated Reverol.

According to the Venezuelan official, the terrorist cell “would have hired Colombian and Central American mercenaries to attack the lives of political leaders, military men, magistrates of the TSJ (Supreme Justice Court) and to carry out acts of sabotage to public services to create chaos in the Bolivarian society.”