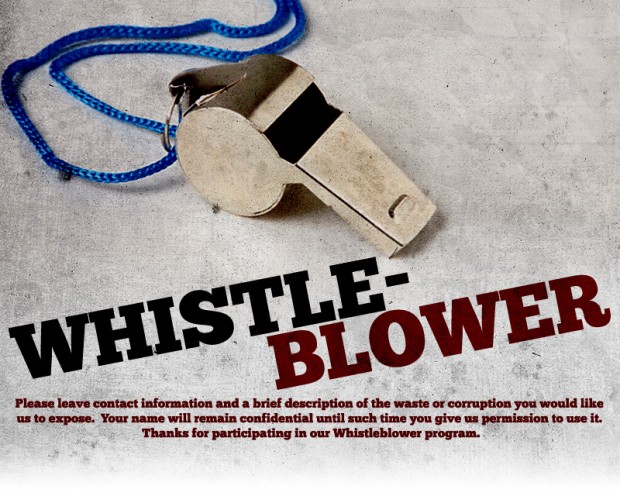 The Guardian has launched a secure platform for whistleblowers to securely submit confidential documents to the newspaper’s reporters.

The launch comes a year to the day since the Guardian posted the first of a series of NSA documents leaked by former NSA contractor Edward Snowden, sparking a worldwide debate on surveillance, privacy, and civil liberties.

Free speech and privacy groups alongside popular sites including Reddit, BoingBoing and Imgur, are marking the day with a Reset the Net campaign, encouraging internet users to take direct action to secure their privacy online. Several technology companies are also expected to announce new steps to protect users’ privacy over the course of the day.

The SecureDrop open-source whistleblowing platform provides a way for sources, who can choose to remain anonymous, to submit documents and data while avoiding virtually all of the most common forms of online tracking.

It makes use of well-known anonymising technology such as the Tor network and the Tails operating system, which was used by journalists working on the Snowden files.

The New Yorker, the US not-for-profit investigative newsroom ProPublica, and the Pierre Omidyar-backed startup The Intercept are among the newsrooms already making use of the SecureDrop system.

The SecureDrop platform was initially developed by the US developer and activist Aaron Swartz, who killed himself in 2013 when facing charges under the Computer Fraud and Abuse Act for the mass downloading of academic articles.

The platform was finished after Swartz’s death, and is now maintained and promoted by the not-for-profit Freedom of the Press Foundation.

Sources who wish to consider using the system to contact the Guardian can find information on how to use the SecureDrop platform athttps://securedrop.theguardian.com.

This page is hosted on a separate server from the main Guardian site, includes no tracking cookies, and takes no logs. Like almost all other news organisations, regular Guardian webpages use tracking cookies to keep track of users’ login details and to serve advertising.

“Protecting sources is at the core of journalism, and as the Guardian’s revelations from the Edward Snowden documents over the last year have shown, it’s getting ever more difficult,” said Alan Rusbridger, the editor-in-chief of the Guardian.

“We’re pleased to be able to use the best technology available to make sure we’re doing everything we can to let sources talk to our journalists securely, and hope as many other outlets as possible do the same”

The Guardian’s SecureDrop system is installed outside of the UK. Last year, the UK government was criticized by international press freedom organisations for applying pressure to the Guardian over its publication of the NSA documents leaked by Snowden, leading to the news organization relocating its reporting on the files to the USA, and destroying all copies of the documents stored in its UK headquarters.

Trevor Timm, the director of the Freedom of the Press Foundation, said the development of SecureDrop was part of a wider response to government crackdowns on journalists and whistleblowers in the US and across the world.

“In an age where governments are increasingly using surveillance to uncover sources and chill investigative journalism, technology can help whistleblowers and reporters safely get important stories to the public,” he said.

“SecureDrop is designed specifically for news organizations so they can receive tips and documents in a much more anonymous and secure way than email or phone calls.”

SecureDrop was given an extensive security audit by a team of cryptographers in July 2013, and updated in response to many of the concerns raised at the time. The system was also updated to address the widely reported Heartbleed security vulnerability.

While the system is far more secure than, for example, emailing information to a reporter, SecureDrop specifically does not promise 100% security.

“[A]ny organization or product that promises 100% security is not telling the truth,” says the Freedom of the Press Foundation website. “SecureDrop attempts to create [a] significantly more secure environment for sources to get information than exists through normal digital channels, but there are always risks.”

The steps taken by the system include secure browsing advice to potential sources, making use of the Tor network, which anonymises internet traffic by bouncing it through a series of intermediate computers, requiring “air-gapped” – a term mean disconnected from all networks – computers to open documents, and use of secure operating systems to analyse any documents.

The system also allows for secure two-way communication between sources and journalists after the initial contact is made, if the source so wishes.

• Find out more details of how to securely contact the Guardian athttps://securedrop.theguardian.com.