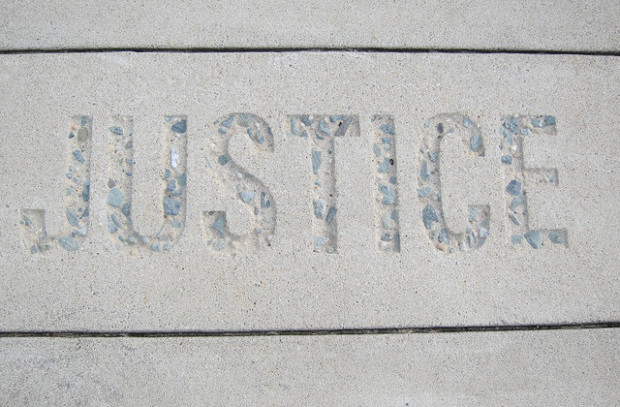 For extraordinary courage despite persistent danger to his life, for tireless work on behalf of Mother Earth and indigenous and campesino communities, for decades of dreaming and advancing systemic alternatives, Other Worlds staff names Gustavo Castro Soto the winner of the 2017 Visionary Justice Award.

Gustavo Castro Soto is an extraordinarily effective defender of lands, rivers, traditional agriculture, and frontline communities in Mesoamerica. The Mexican organizer, thought leader, and writer has been at the forefront of the charge against climate change, damming, logging, and mining. He has also been a leader in fighting what is behind that extraction: transnational capital and its servitors in national government, multinational corporations, and the US government.

Gustavo started Otros Mundos / Friends of the Earth Mexico in 2007. Under his leadership, Otros Mundos has become a focal point for environmental defense throughout Mexico and Mesoamerica. The group organizes impacted peoples and their allies for campaigns around water, energy, and climate crisis, amongst other issues. It also educates, connects, and mobilizes activists and advocates around the world for effective action toward economic and environmental alternatives.

Gustavo is an electric light switch – solar electric – sparking and connecting currents across the region. He has founded and coordinated many Mexican and transnational social movements to build the power of united people. In addition to Otros Mundos, Gustavo co-founded Other Worlds, the Mesoamerican Movement against the Extractive Mining Model (M4), the Latin American Network against Dams and in Defense of Rivers, Waters, and Communities (REDLAR), the Mexico-wide Movement of Those Impacted by Dams and Defending the Rivers (MAPDER), the Mexican Network of Those Impacted by Mining (REMA), the Popular School for Energy and Water, the Network of Alternative Sustainable Family Networks (RESISTE), and the Convergence of Movements of Peoples of the Americas (COMPA).

In times past, Gustavo co-founded and coordinated the Institute for Economic and Political Research for Community Action (CIEPAC). He served on the coordinating committee of the World Bank Boycott and the Yes to Life, No to IFIs [international financial institutions] campaign. He was on the board of the Center for Economic Justice, amongst many other affiliations.

A decades-long close friend and colleague of Berta Cáceres, Gustavo was, by a fluke, at the Honduran Lenca leader’s home the night the assassins killed her. Just after midnight on March 3, 2016, Gustavo was shot in the hand and ear, and avoided being shot again by feigning death. He held Berta as she expired.

The sole witness to the murder, Gustavo spent the next month as a political prisoner of the government of Honduras, shuttling back and forth between detention and very unsafe refuge at the Mexican Embassy. He was subject to psychological and physical torture.

Gustavo says that it was his fate to have been at Berta’s that bloody night, because otherwise it would have been a perfect assassination. The Honduran government would very much like to silence Gustavo, who risks blowing the lid off of impunity by the government, the Honduran oligarchy, and the dam company Berta was fighting.

He will not be silenced. Though Gustavo has never been able to return home to Chiapas, though he and his family are living underground in exile, though the government disappeared all the evidence he and Berta’s family had collected over six months, still he continues to seek justice through legal claims he is bringing against the Honduran government. Despite the danger, he also continues speaking out, on the media and at gatherings around the world, denouncing the government and calling for accountability.

A sociologist, Gustavo has produced many booklets analyzing the impacts of neoliberal globalization and extraction, and exploring different models and practices. Gustavo has mentored countless students, while strongly encouraging the academy to become more socially engaged and useful.

With his high-speed brain, mop of gray curls, frumpy clothing, and cigarettes, he is the archetypal Latin American Bohemian intellectual. Yet he doesn’t spend his days in discussion with a Left academic elite, but rather with campesinos/as and indigenous peoples in mountains and villages. Gustavo’s primary focus has been on popular education, ensuring that those directly impacted by the problems have the information and understanding they need to be effective change agents.

On the refrigerator in Gustavo’s home hangs a drawing of him with a computer substituting for his head, drawn by his partner, the Spanish movement artist Nieves Capote.

Agent of Compassion and Kindness

Another drawing of Gustavo could just as accurately show a heart substituting for his head.

Throughout the 1980s and into the l990s, Gustavo worked with the most resource-poor and violence-hit people of southern Mexico and Guatemala. For many years, Gustavo worked in refugee camps with Guatemalans who had crossed into Mexico seeking refuge from the war. He then worked with Mexican indigenous communities who were harmed by the state violence that surged in response to the Zapatista uprising. He was a key part of the peace negotiations through Bishop Samuel Ruiz’ National Commission for Mediation (CONAIE), which began in 1994.

Gustavo is beloved by movements throughout Latin America, and not just for his political organizing prowess and strategic brilliance. His together-we-can-do-this attitude and easy gap-toothed grin draw people towards what otherwise could be his overwhelming leadership. Gustavo can as easily galvanize a crowd to action as crack up a room with his quick humor. He constantly welcomes friends to share a meal or stay for a week in his home, where he keeps himself tightly surrounded with the family he adores. He has friends and fans throughout the world.

Other Worlds and its team is proud to have Gustavo as our co-founder, board president, co-conspirator, and teacher.