Above Photo: Corey Long shields an older gentleman from an attack by white nationalists with an ignited spray can

Another community member has been arrested for protecting Charlottesville residents from the violence of white supremacists on August 12th. 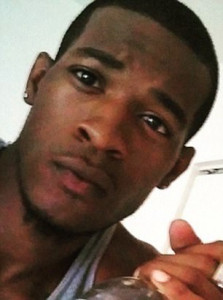 Corey Long turned himself in this past Friday after the white supremacists who attacked Charlottesville swore out a warrant against Corey for disorderly conduct and assault and battery. Corey is beloved in his community, known for taking care of others. Now he is known nationwide for a photograph of him with an ignited spray can shielding an elderly man from a group of white nationalists swinging flags at them. This photo emerged as one of the most powerful images of community defense and guardianship against the intimidation, extreme force and brutality that neo-Nazis perpetrated as promised against Charlottesville residents.

Shortly after that photo was taken, a Nazi fired a gun at Corey.

Corey Long, a 23-year-old elder care worker, was arrested for answering the call to defend his community against the imminent siege of terror that both Mayor Mike Signer and UVA President Teresa Sullivan told the residents of Charlottesville to outright ignore. He stood staring down the barrel of a pistol brandished by a white supremacist, before that same weapon was shot at his feet. He, like all of us, was told to look away as Death appeared before him. He remained, never wavered, and continued.

Corey Long is representative of hundreds of people who showed up out of an enduring love for their communities, who came to exercise their free speech, who came to celebrate their Southern heritage of resistance, who came to represent their family members who lived and died in Charlottesville and other towns previously — who had to use separate bathrooms and drink out of separate fountains, who wore shackles, who faced constant subjugation and suffered with the foot of enslavement, racism and white oppression on their necks. That foot has not been removed; it has merely adjusted its position.

We demand that the charges against Corey Long, and all charges against residents of Charlottesville confronting racist fascist violence, be dropped immediately, and these individuals be no longer bound in the chains of this discriminatory American legal system.

Corey Long showed up for Charlottesville.

We will show up for him.