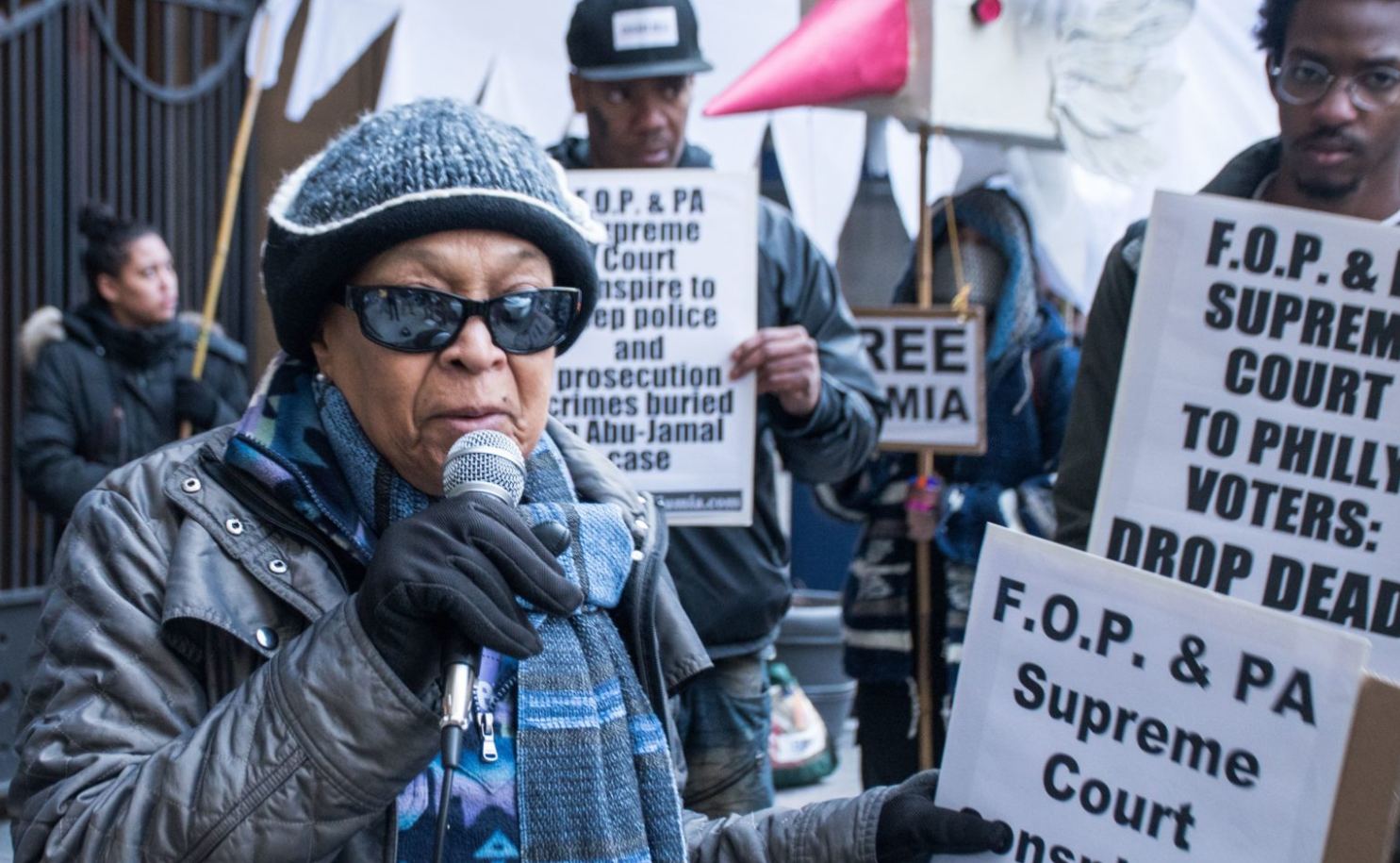 A global audience was able to view a virtual press conference on April 23 focused on journalist and Pennsylvania political prisoner Mumia Abu-Jamal and why he should be immediately released from prison.

Speakers from the U.S. and around the world participated.

The press conference launched four days of virtual events celebrating Abu-Jamal’s 66th birthday, including a teach-in, “U.S. Empire v. Political Prisoners,” on April 24; a virtual dance party, “Mumia Libre,” on April 25; and a 24-hour, “Poetry in Motion,” reading from Abu-Jamal’s writings from noon to noon April 26-27. Links for all events can be found at Mobilization4Mumia.com.

Opening the press conference, Pam Africa, of International Concerned Family and Friends of Mumia Abu-Jamal, began the 90-minute YouTube event (youtu.be/m4WzmXD1RiI) with an appreciation of the unwavering, almost four-decades-long movement to free Abu-Jamal, imprisoned when he was just 27 years old.

Santiago Alvarez, University of California, Santa Cruz student calling in from San Francisco, recounted hearing the Pennsylvania Department of Corrections’ “sick and wicked” false claim on April 15 that Abu-Jamal was being hospitalized with COVID-19. Within minutes supporters flooded the institution with calls, resulting in a call from Abu-Jamal himself that he was fine. Alvarez said, “While it was a big scare, it was also a reminder of the urgency of how vulnerable Mumia is and how we need to get him out immediately.”

Temple University professor and well-respected Philadelphia journalist Linn Washington Jr. provided an overview of the police, prosecutorial and judicial biases that unjustly convicted Abu-Jamal and sentenced him to death.

Michael Schiffman, an investigative author joining from Germany, described how photos taken by freelance photographer Peter Polakoff at the 1981 crime scene as police arrived prove that prosecution witnesses lied about significant aspects of the case against Abu-Jamal. He also described some of the 30 years of solidarity work by German groups in support of Abu-Jamal.

Mireille Fanon-Mendes-France, via video from Paris, congratulated Abu-Jamal on his 66th birthday. The Fanon Foundation director condemned capitalism not only for mass incarceration of Black and Brown and poor people, but also for its inability to prevent the tens of thousands of deaths from the coronavirus. In capitalist countries, those most affected by COVID19 are poor people, migrants and incarcerated people. She ended her talk hoping that “Next year we want to celebrate your birthday with you, freed from the colonial yolk of prisons.”

Dr. Suzanne Ross spoke on the long history of international support for Abu-Jamal “from Germany, France, Denmark, South Africa, Brazil and many other countries.”

Sharon Cabusao-Silva, from the Organization of Families of Political Prisoners in the Philippines and a longtime member of Gabriela Women’s Alliance, Philippines, called in to say: “We need to prioritize the release of political prisoners, especially the sick, elderly and pregnant women. … We have a common struggle — here in the Philippines and with our friends there in the U.S. — to have our political prisoners freed at this time of the epidemic.”

Janine Africa spoke on the movement that brought her and six other MOVE 9 members home after four decades in prison. “Never give up. We were told for over 40 years that we would never get out. But we sit here today as proof of the power of the people.”

Razakhan Shaheed, from Nation Time, spoke about supporting jailhouse lawyers like Abu-Jamal who work to get other prisoners out. Gregory Muhammad, Nation of Islam student research coordinator, described meeting Abu-Jamal in the solitary confinement unit (B Block) at State Correctional Institution-Huntington in 1982. He also described the work that The Nation of Islam has done inside and outside of prisons to free incarcerated people, including political prisoners.

Blak Rapp Madusa, international hip-hop “artivist” out of Pennsylvania, described working to bail out 97 people from jail, including nine Black mothers and caregivers, and trying to free vulnerable populations, including mothers and caregivers, from the dangers of COVID-19. Dignity Act Now Philly is also providing resources — access to shelter, food, clothing and testing for COVID-19 — after people are released.

Charles Barron, New York State Assemblyman, gave an account of his own battle with COVID-19 and ended with a fiery call to revolution: “The real problem is not just that we have bad diets and need to eat better, or that we need to exercise more — we have to fight with every breath to dismantle and destroy this predatory capitalist system!”

Organizer Sophia Williams, from the Campaign to Bring Mumia Home, chaired the event.