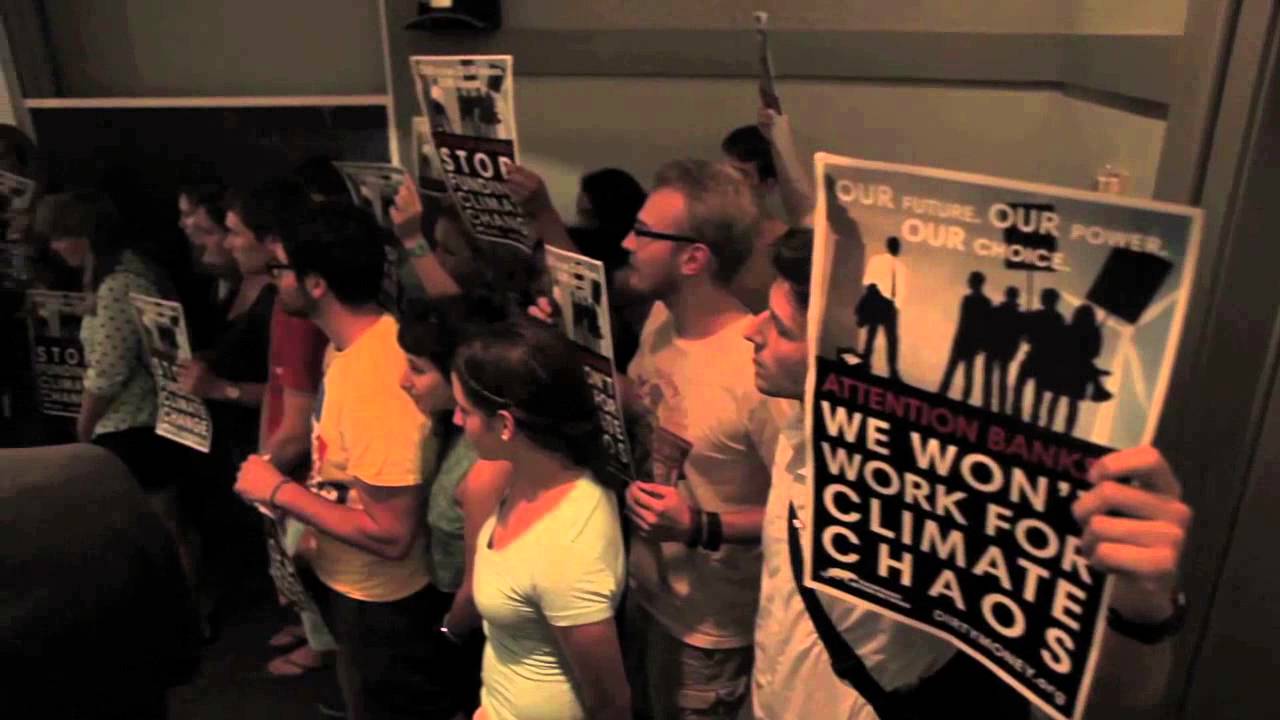 The protest was part of a campaign by the Rainforest Action Network to convince banks to phase out coal investments, which the group says contribute to climate change. Students have disrupted recruiting by Bank of America and Citigroup Inc. (C) at other campuses, according to Alli Welton, a Harvard undergraduate who participated in the protest yesterday.

“We simply want jobs that do not create droughts that wipe out our food supplies or strengthen the hurricanes that threaten our homes,” the Harvard students said in a letter delivered to Bank of America representatives, according to a statement today.

Welton said she and another student were escorted out by police after disrupting the recruiting event, while six other students were prevented from entering the venue at the Charles Hotel in Cambridge. The protest against Charlotte, North Carolina-based Bank of America was one of more than 50 targeted against the bank and Citgroup so far this semester, said Todd Zimmer of the Rainforest Action Network.

To contact the reporter on this story: Michael McDonald in Boston atmmcdonald10@bloomberg.net

To contact the editor responsible for this story: Lisa Wolfson at lwolfson@bloomberg.net