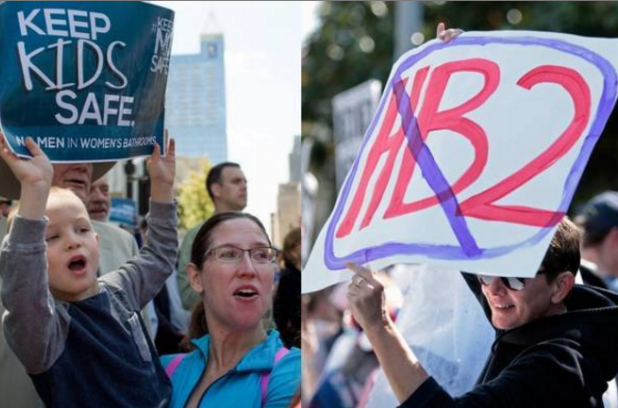 RALEIGH – As critics of House Bill 2 mapped out their plans for the opening day of the General Assembly’s new session, Chris Sgro, head of North Carolina’s leading gay-rights organization, took an oath of office on Sunday that moved him from being a protester on the outside of the legislative body to becoming a member.

When lawmakers sound the gavel on Monday evening to signal the start of business, Sgro, a Greensboro resident and executive director of Equality NC, will join the General Assembly as its only openly gay member.

“Being sworn in as a member of the General Assembly is a high honor and it comes with a great deal of responsibility — to fight for Greensboro and the entire state of North Carolina,” Sgro told several dozen people gathered at the LGBT Center in Raleigh for the brief ceremony.

Sgro, an outspoken critic of HB2, said on Sunday he plans to fight for its repeal during his time in office, sitting across from lawmakers who support it. “When you must look someone in the eye and tell them that ‘yes, you will vote to discriminate against them — yes, you will put their community at risk’ — the conversation gets a whole lot harder,” Sgro said.

Much of the action on the legislature’s first day back in Raleigh, though, is expected to take place outside the doors of the session.

Rallies have been scheduled by supporters and opponents of the law that limits transgender people to using bathrooms that match the sex on their birth certificates, as well as forbidding cities and counties from enacting their own ordinances to prohibit discrimination against lesbian, gay, bi-sexual and transgender people.

Critics of the bill, which was revealed to the public and adopted and signed into law in one day, also plan to highlight the portions that block access to state courts for many discrimination claims and forbid local governments from setting a minimum wage higher than the state and national rate of $7.25 per hour.

The state NAACP has said it will hold a “mass sit-in” at the legislature that could be similar to the Moral Monday protests of years past. In the morning, the organization plans to hold rallies and drop off petitions at the capitol, where Gov. Pat McCrory’s offices are housed.

The Rev. William Barber, head of the state NAACP and architect of the Moral Monday movement that began three years ago, said he’s planning a “campaign of nonviolent direct action along with other forms of nonviolent protest that will instruct our legislators with respect to the rights of all people.”

“We cannot be silent in the face of this race-based, class-based, homophobic and trans-phobic attack on wage earners, civil rights, and the LGBTQ community,” said Barber, who calls the law “Hate Bill 2.” “Together with our many allies, we will coordinate a campaign of nonviolent direct action along with other forms of nonviolent protest that will instruct our legislators with respect to the rights of all people.”

Meanwhile, the Christian Action League of North Carolina plans to rally supporters of the new law and encourage lawmakers to stand firm against pressure to repeal it.

That event, on the Halifax Mall just north of the Legislative Building, will start at noon with a gospel music concert. One of the leading speakers will be Ron Baity of Return America. Baity made headlines in 2014 when he said that legalizing same-sex marriage would “bring the judgment of God … don’t be surprised at the plagues.”

Christian Action League director Mark Creech called on supporters to “get up a busload of folks and come to Raleigh.”

Sgro, no stranger to politics, said he hopes to build bridges across the partisan aisles as he works for “the full repeal of HB2.” As director of economic development for former U.S. Sen. Kay Hagan, a Democrat from Greensboro, Sgro said he had experience talking with politicians on different sides of an issue.

Though state Senate president Phil Berger said last week he did not support repeal of House Bill 2, describing it as “common sense” legislation, protesters hope to sway others to take a second look at the law after the international backlash from business leaders, entertainers and high-profile Republicans on the national stage.

Mike Woodard, a Durham Democrat in the state House who attended Sgro’s event on Sunday, wore a ballcap with the state of North Carolina above the bill.

“I just want peope to know things like this can happen in North Carolina,” the state lawmaker said before Sgro, a gay married man, took the oath of office in a state that prompted the British Foreign Office to issue a travel advisory to its LGBT citizens about the potential for difficulties because of HB2.

Woodard said it might be different for Sgro to move from being a protester on the outside of General Assembly session doors to being a member on the inside.