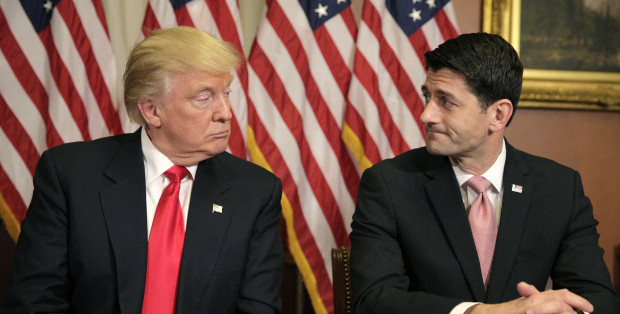 The 2016 election turned on racism, xenophobia and anger at the status quo, including the Affordable Care Act (ACA). The law covered about 20 million, and modestly improved access to care. But it didn’t address the health care problems facing most working families, feeding the perception that the Democratic Party had neglected them. Trump seized on the ACA as a symbol of the establishment’s false promises, and has placed repeal at the top of his to do list.

There are many indicators of what Trump has in mind to replace the ACA, but they’re pointing in different directions. We suspect that the likeliest replacement is a meaner (and rebranded) facsimile of the ACA that retains its main structural element — using tax dollars to subsidize private insurance — while imposing new burdens on the poor and sick.

For Republicans, the ACA poses a difficult dilemma. Its model was conceived by Richard Nixon’s henchmen in 1971, celebrated and elaborated by the Heritage Foundation in 1989, and first implemented by Mitt Romney in 2006. Obama’s version, like these earlier ones, called for sliding-scale public subsidies to help low-income individuals purchase private coverage through insurance exchanges, along with a mandate that individuals (and sometimes employers) buy coverage. For the poor, Obama (like Nixon) relied on expanding Medicaid, but almost all of the ACA’s new Medicaid coverage was channeled through private Medicaid-managed-care insurers. And Obama added progressive elements to the Republican formula, e.g. requiring insurers to cover essential benefits (notably contraception and preventive care) and a new “Medicare” tax on some investment income.

Will Republicans reclaim their health care heritage after years spent rabidly attacking its Obamacare variant? Paul Ryan’s recent pronouncements (and the abiding interests of powerful insurance, drug and hospital firms) suggest that they will. Ryan would rebrand the Obamacare premium “subsidies” as “tax credits,” but make them available to anyone who lacks employer-paid coverage, including the wealthy. In essence, he’d shift some of the subsidy money up the income scale and undermine employer-based coverage. He’d maintain (at least for the time being) Obamacare’s boost to Medicaid funding, but let states cut Medicaid coverage and divert the funds to other uses. And he’d hasten the privatization of Medicare, which has already been proceeding apace.

If there’s a brighter side to this dark picture, it’s that Trump and his allies will reclaim ownership of the Nixon/Heritage/Romney/ACA model. This shift seems likely to unmuzzle single-payer supporters who closeted themselves during the ACA era, fearful that calls for more radical reform would fan right-wing attacks. Already Elizabeth Warren, previously reluctant to criticize the ACA, has been liberated: “Let’s be honest: [The ACA’s] not bold. It’s not transformative. … I’m OK taking half a loaf if our message was ‘Here’s half, now let’s go get the rest.’”

A similar strategic perspective motivated PNHP’s founding at a conference of clinicians caring for the poor. After years spent parrying Reagan’s assaults on Medicaid and community clinics, we concluded that a defensive stance was untenable. The U.S. health care system, even with Medicaid intact, prioritized corporate greed over patients’ needs, and was politically indefensible. It wasn’t possible to fix health care for the poor without fixing it for everyone.

That conclusion holds today. For the working class, incomes have stagnated and out-of-pocket costs have soared. For whites without a college education, death rates are rising, driven by diseases of despair like suicide and substance use. Trump spoke (disingenuously) to that despair; Clinton failed to. The resonance of Bernie Sanders’ single-payer message is backed up by polls that show three-fifths of Americans – including a majority of those who want the ACA repealed, and 41 percent of Republicans – favor a “federally funded healthcare program providing insurance for all Americans.”

In health care, reform must address the pressing problems of the majority who have private coverage and Medicare, as well as those who are uninsured or on Medicaid. Only single payer can do that.

A few suggestions for work in the months ahead:

1. Colleagues are, more than ever, receptive to the single-payer message. Let’s talk about it in corridors, conferences, lecture halls and national meetings; use Facebook, Twitter, email and snail mail to recruit new PNHP members; and push journal editors to end their virtual blackout on single payer.

2. With Medicaid under attack, in many states we’ll need to join in its defense. But we must simultaneously declare that this halfway measure is no substitute for real reform. Let’s not repeat the error of ACA backers who tried to convince people that their health care problems had been solved. Similarly, defense of Medicare should not paper over that program’s flaws.

3. We need to help focus the anger at elites onto the real health care elites: insurance and drug firms, and corporate health care providers.

4. In the past PNHP has focused narrowly on single-payer reform, avoiding participation in most broad-based coalitions. We should reconsider that stance in the context of the broad opposition to the Trump regime, and the urgency of threats to our communities. Effective action will require coalitions that span many issues. We should participate in those that include a demand for single payer.

5. It’s time to ramp up organizing for H.R. 676. Politicians can no longer seek refuge in the fiction that health reform is a “done deal” and is working. While work for state-based reforms can provide a useful organizing tool, it cannot address the nation’s most acute health care problems, which are concentrated in states with little hope of local legislation.