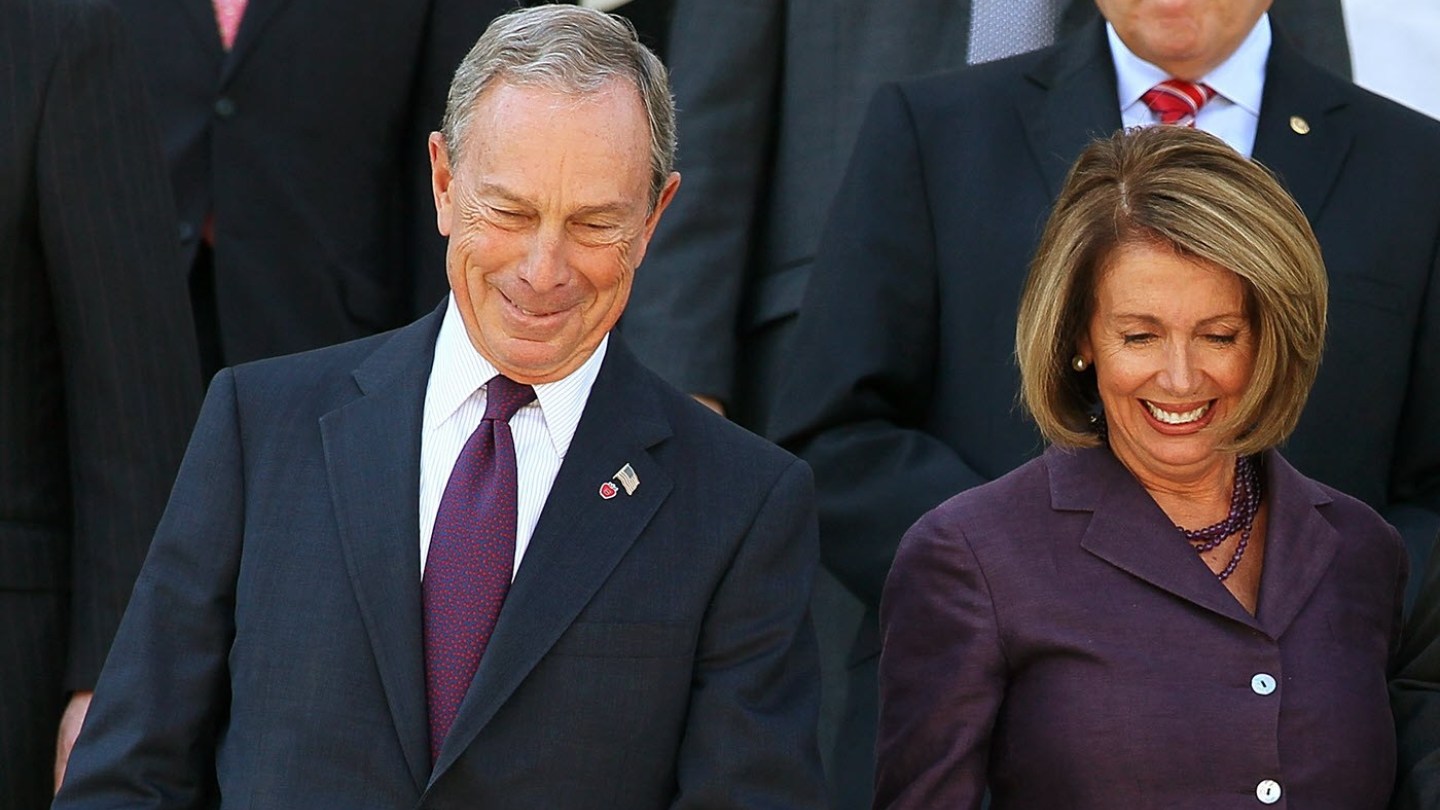 Above Photo: Michael Bloomberg, a big Democratic donor and founder of finance firm Bloomberg LP, and Speaker of the House Rep. Nancy Pelosi (D-Calif.) walk together on the East Front Steps of the Capitol Building.ALEX WONG/GETTY IMAGES

A new report shows that three-quarters of the money that individuals donated to pro-Democrat outside spending groups in 2018 came from finance founders and executives.

In the 2018 midterms, Democrats benefited more than Republicans from election spending by outside groups for the first time in recent history. Now, thanks to a new report from Public Citizen, we have a better understanding of where much of that money backing Democrats came from: wealthy individuals who earn their livings as hedge fund founders, bank executives, and other key positions in the financial industry.

The report, named “Plutocrat Politics: How Financial Sector Wealth Fuels Political Ad Spending” and authored by Public Citizen’s Alan Zibel, analyzed the 100 individuals who gave the most money to outside political spending groups in the 2018 cycle and found that about half of that money came from people with financial industry backgrounds. Roughly three-quarters of the money donated by financial industry donors was spent supporting Democratic candidates. The finance industry donors in the top 100 gave $264 million to Democrat-supporting outside groups in 2017-18, according to the report.

“By lavishing spending on both Republicans and Democrats, the ultrawealthy receive access and influence to block the aggressive, progressive policy agenda that Americans favor by overwhelming margins,” Robert Weissman, president of Public Citizen, said in a press statement. “Our democracy can’t function if the plutocrat class maintains an iron grip on American election campaigns.” 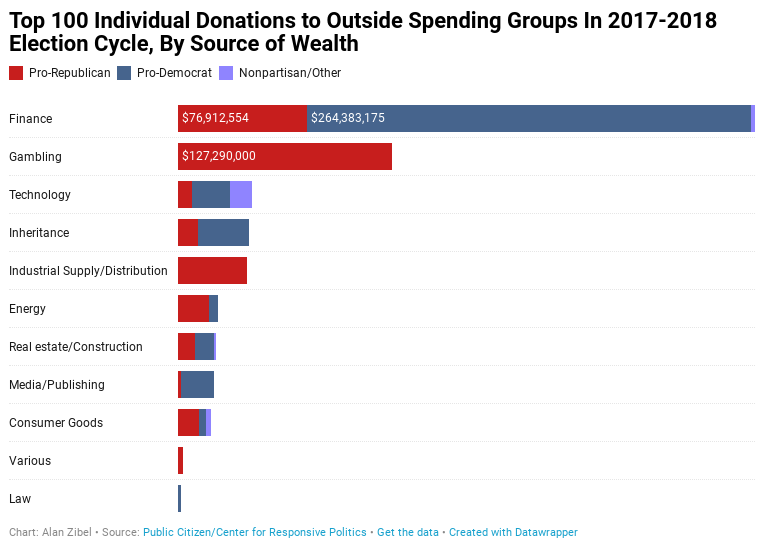 Outside groups, which include organizations organized as nonprofits, political action committees, super PACs, and 527s, spend money on elections independently from candidates’ campaigns.  These political entities have boomed in popularity since the 2010 Supreme Court case Citizens United v. FEC allowed corporations and unions to spend unlimited amounts of money on elections because, unlike candidate’s campaign committees, they are not subject to contribution limits.

The Democratic party has generally been deferential to the finance industry and its policy wishes in recent history, and its dependence on the industry for election funding creates conflicts of interest that make significant change difficult.

Its solution? “To end the massive influx of corporate and special interest money into our elections, Public Citizen has long championed a constitutional amendment to overturn Citizens United and supports public financing of campaigns.”