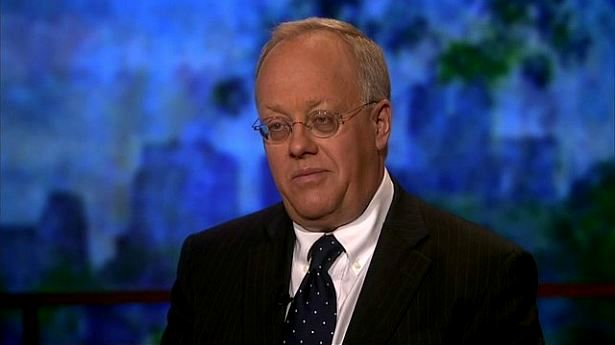 This weekend, protests were held in communities across Canada to protest Bill C-51, a bill that would increase powers for CSIS.

Journalist and author Chris Hedges has spent much of his career working as a foreign correspondent in war zones across the globe, and has written extensively on the surveillance state and world conflict. The journalist and writer was scheduled to speak at the Toronto protest on Saturday. His plane was forced to land in Windsor due to heavy fog and so he was unable to attend the Toronto protest.

rabble.ca‘s H.G. Watson was able to catch up with him by phone on Saturday to find out why he was travelling to Canada to join the Day of Action Against Bill C-51. This interview has been edited and condensed.

Why did you want to travel all the way to Toronto to be a part of the protests against Bill C-51?

Chris Hedges: I’ve been fighting you know the [erosion] of civil liberties in the United States for a long time. I sued president Obama over section 1021 of the National Defence Authorization Act, which permits the U.S. military overturning over 150 years of law to carry out domestic policing on American city streets, to seize American citizens who “substantially support” the Taliban, Al Qaeda or something called associated forces — another kind of nebulous phrase — strip them of due process and hold them indefinitely in military facilities.

I was also part of the lawsuit that worked its way up to the Supreme Court on warrantless wire-tapping. I covered the Stasi state in East Germany, I spent 20 years in some of the most despotic regimes around the globe as a foreign correspondent for The New York Timesand I think because of that, understand that this is not the kind of power that you ever want to give to a government.

We can’t talk about free citizens in the state where everyone has all of their electronic forms of communication not only monitored, but stored in perpetuity in government computers. It doesn’t matter if they’re not using it. History has shown that if the government feels threatened or they seek greater control — and I think that is the trajectory of the corporate state — they will use it. The goal of wholesale surveillance, and something that Hannah Arendt wrote about in The Origins of Totalitarianism, is not to discover crimes but to give information to the government that it can use if it decides to arrest a certain category of the population. I think this is extremely grave.

What I find disturbing is that although the revelations of Edward Snowden are known, we’re not reacting. We don’t understand the danger that’s in front of it, when you talk about a population that is watched and tracked 24 hours a day. The relationship between a population that is monitored on that level and knows that [the government watches] them is a relationship between masters and slaves — you can’t even use the word liberty anymore and we’re already at that point.

I want to go back to the point you mentioned, that we’re not reacting. Why do you think that is?

People are politically passive because they have kind of given up on the system. That’s certainly true — more true — in the United States where Congress has a nine per cent approval rating. Only 38 per cent of the population even bothers to cast a ballot anymore. I think the other thing is that they don’t quite understand how incredibly dangerous handing any government this kind of power is.

So I think it’s those two factors, coupled with the fact [that] our mass radical movements — more so again in the United States, but Canada is not immune to this — have been largely broken. Labour unions are under assault, and I find that frightening.

That’s why I was willing to fly up here because if we don’t react in a sustained way then we will see cemented into place one of the most frightening dystopias in human history — something that dwarfs anything ever dreamed of by the communist Stasi state in East Germany.

In terms of this particular bill, do you think that this fits into a wider trend of similar legislation in the western world?

Of course it fits into a wider trend — not only into the western world but in Canada. Canadians are monitored as closely as U.S. citizens are as closely as British citizens or any other. This is a global phenomenon and the corporate state — and Harper is representative of the corporate power and the corporate state — seeks this kind of control because they know what is coming with climate change and the inevitable financial collapse that is looming now that global speculators are back on a spree as they were before 2008. With a flick of a switch essentially we have both the legal and physical mechanisms through the creation of massive security forces — militarized police forces — to in essence declare a militarized state both in Canada and the United States. Or should we have another catastrophic act of domestic terrorism anything like that, all the mechanisms are there… we have to fight it now.

So do you think that this bill will actually will do anything towards its stated goal of combatting terrorism?

None of these bills are about terrorism. Terrorism is the excuse. That’s what 9/11 was and that’s what this gunman who carried out this attack on Parliament Hill — they seize on that the same way, for instance, the Nazi party seized on the Reichstag fire to strip away civil liberties in Germany. What people forget is that the next day, after the Nazis essentially eviscerated all civil liberties for the German population, everything appeared normal. Everyone went to work; came home; had dinner. They had ceded to themselves this kind of power in the name of fighting terrorism.

But for most people there’s a kind of normalcy and they don’t quite yet understand what a sea change this has been, and how dramatic this change is, and of course how terrifying it is. Totalitarian systems, they creep forward because they have to break any kind of obstacles or opposition that lie in their path. By the time people grasp what has happened to them, its kind of too late. There are no mechanisms left by which they can fight back. That’s kind of where we’re headed; that’s what is going on.

In what ways can we combat this kind of surveillance?

Well I’ve spent a lot of time with Julian Assange, who believes in encryption up to a point. Even Assange says finally the best encryptors — and he is one of them — will finally not be able to keep channels of privacy open. So he’s kind of optimistic in the short term but not in the long term.

I don’t encrypt. Rather than trying to build a parallel encryption mechanism I think what we have to do is carry out sustained and long term acts of civil disobedience in order to try and force the state to back down. I think that’s the only hope we have left. I think that we have to build radical mass movements and radical alternatives. Political parties I don’t trust. I see with the Democrats, they will, under the bush administration, decry the assault on civil liberties, but Obama’s assault on civil liberties has been far more egregious than that carried out by Bush. I don’t think the traditional political establishment has any intention — I can’t speak for Canada, I’m not Canadian, but that is certainly true in the United States that neither the Republican nor the Democrats have any intention of rolling any of this back

You’ve written a little bit about radicalization and how it really stems from alienation from society. Do you think Bill C-51 that can contribute to radicalization in Canada?

Of course it does because what you do is you target a certain segment of the population and Muslims have already been targeted in the United States and Canada for harassment and abuse and discrimination even though they haven’t done anything. This breeds a kind of rage, especially among the young who feel caught between two cultures already and then feel alienated from two cultures. This feeds into exactly the propaganda that jihadists hand out, which is why you have roughly 20,000 foreign fighters with ISIS, 3,000 or 4,000 of them from Europe and Canada.

What would you propose as a way of them making sure people don’t feel like they are alienated or isolated?

Don’t take away — you know, a functioning democracy is a mechanism by which reform: incremental and peaceful reform can be carried out. When you [shut down] that mechanism you inevitably radicalize, especially your disenfranchised.

You know, if we don’t win this fight, then we are going to cement into place a species of corporate totalitarianism which will usher in a dystopia of terrifying proportions.