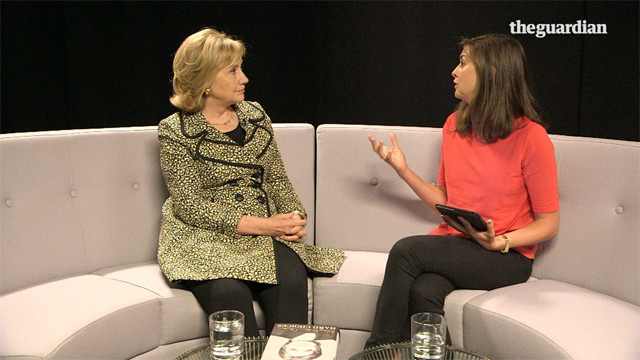 Former Secretary of State Hillary Clinton joins with the current Secretary of State John Kerry in urging Edward Snowden to come home and face prosecution. In the article below Clinton believes that Snowden should be allowed a defense but the reality is Snowden would be charged under the Espionage Act where no real defense is possible and the due process afforded would be inadequate resulting in an unfair trial and lengthy sentence.

Recent court decisions, including the prosecution of Chelsea Manning, have interpreted the Espionage Act to not to require proof that the person accused intended to commit espionage. If the person intended to blow the whistle on illegal activity and was acting in the public interest, as in the case of Snowden and the NSA, that would not be a defense. The judge would be likely to not allow any arguments along those lines and exclude such evidence. It is fair to say that unlike other criminal laws violation of the Espionage Act is a strict liability law — there is no defense for someone who has admitted he leaked the documents. As a result, even though Snowden was not a spy committing espionage — in the traditional sense of the term as someone spying for a foreign enemy — the law could still be applied to him. The law has various offenses, a death penalty sentence is possible for committing espionage and aiding an enemy during war time.

In addition, the procedures that will be used will provide unfair due process for Snowden. The odds are that Snowden would be denied bail and held in prison pending trial, especially since he fled the nation and sought political asylum in a foreign country. Being incarcerated pending trial makes mounting a defense very difficult and would result in communication with the public and the media being almost impossible.

It is likely that much of the evidence in the trial will be classified as secret which will limit the number of people who can see it and will result in the public and the media not being shown all of the evidence. And, as in the case of Chelsea Manning, large portions of the trial will be out of public view because the government will claim national security secrets will be breached if the trial were a public trial.

Finally, the trial will be held in federal court in Alexandria, Virginia. This is where the grand jury has been based. The Alexandria federal court is known to be very much a pro-prosecutor court with juries made up of government contractors, often military contractors, because so many weapons and intelligence corporations are based in that district. Thus, it will be impossible for Snowden to get a fair trial.

Why should Snowden submit to a judicial process that would so unfair and obviously unjust? Surely Clinton, a former lawyer, and Kerry are well aware that Snowden would be prosecuted in a Kangaroo court where the deck would be stacked against him and the process would be unfair, so their comments are rhetoric for public consumption. They know that what they are suggesting would result in Snowden facing an unfair prosecution with a pre-ordained conviction resulting in a lengthy sentence. Snowden would be a fool to submit to such a prosecution; and Snowden has shown he is not a fool.  KZ

Former secretary of state tells Guardian that NSA whistleblower should return to US if he is serious in engaging in debate.

The former US secretary of state Hillary Clinton has said Edward Snowden should have the right to launch a legal and public defence of his decision to leak top-secret documents if he returns to the United States.

“If he wishes to return knowing he would be held accountable and also able to present a defence, that is his decision to make,” Clinton said in a video interview with the Guardian on Friday.

Snowden, who is currently in Russia where he has been afforded temporary asylum, has been charged with three separate violations of the US Espionage Act. These charges include stealing government property and sharing classified documents with the Guardian and the Washington Post.

The broadly worded law makes no distinction between a spy and a whistleblower and affords Snowden almost no recourse to a defence.

The former NSA employee is likely to face a number of additional charges should he return to the US.

When Clinton was asked if she believed the Espionage Act – passed in 1917 – should be reformed in order to allow Snowden a defence, she claimed not to know what the whistleblower had been charged with as they were “sealed indictments”.

“Whether he chooses to return or not is up to him. He certainly can stay in Russia, apparently under Putin’s protection, for the rest of his life if that’s what he chooses. But if he is serious about engaging in the debate then he could take the opportunity to come back and have that debate. But that’s his decision.”

Amid the ongoing and substantial aftershocks following the Snowden revelations, Keir Starmer, Britain’s former director of public prosecutions, has drafted new legal guidelines seeking to protect journalists in the UK who break the law in pursuit of investigations that have genuine public interest.

“Defining of the public interest is always very, very difficult. We did go through a consultation exercise on that and I think we’ve got it about right,” he told the Guardian in October.

Snowden’s legal team have stated that lack of recourse to a public interest defence is a key obstacle to the whistleblower returning to the US.

Ben Wizner, a lawyer with the American Civil Liberties Union, said: “The laws would not provide him any opportunity to say that the information never should have been withheld from the public in the first place.

“And the fact that the disclosures have led to the highest journalism rewards, have led to historic reforms in the US and around the world – all of that would be irrelevant in a prosecution under the espionage laws in the United States.”

In an exclusive streamed video interview with the Guardian, Clinton also expressed regret that a proposal two years ago by General Sir David Richards – then the most senior British military officer – to train 100,000 moderate rebels to fight the Assad regime in Syria was rejected by David Cameron, who deemed it too risky. The proposal was similar to one that Clinton, as secretary of state, proposed to US president Barack Obama, which was also rejected.

“I’m not aware of the specifics about any proposal to the British government but like our government I knew there was debate because I was advocating for trying to vet, train and arm Syrian moderates,” Clinton said.

“In the debate you couldn’t say conclusively if you do this you’ll get that result, but I thought it was a good bet. Now what we see is our government and others beginning to train moderates to try to stem the tide of the extremism, because it’s not just Isis it’s a whole range of these al-Qaida wannabe offshoots that we have to worry about.”

Clinton, who is on a two-day tour of the UK promoting her new memoir Hard Choices – an account of her four years as secretary of state – said she had not yet decided whether or not she intends to run for president in 2016.

“I really want to feel my way towards a decision,” she told the Guardian. “I understand what I think needs to be done … I’m just going to bide my time.”