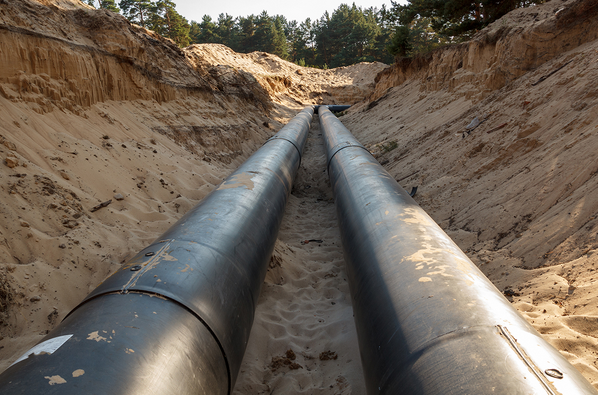 The dominant industry argument for the Tennessee Gas Co.’s proposed pipeline through western Massachusetts is that it will provide gas for Boston on peak demand winter days and smaller-scale gas needs in western Massachusetts. If we assume, for the sake of argument, that this is its true intent, then past history offers some lessons for the contested pipeline proposal.

In the mid 1960s, Massachusetts set out to solve metropolitan Boston’s projected drinking water shortage with a plan to divert water from the Connecticut River, channeling it through an aqueduct to Quabbin Reservoir (site of an earlier water diversion project for Boston that sacrificed the life of four towns). The Massachusetts Legislature approved the diversion plan in the late ’60s, with little focused opposition.

During the 1970s, however, substantial opposition emerged from western Massachusetts citizens, towns and local politicians as well as statewide environmental organizations. The opposition succeeded in delaying the project and caused the Legislature to modify its approval such that diversion became the alternative of last resort. The Water Supply Citizens Advisory Committee, established in 1977 by the Massachusetts Water Resources Authority (MWRA) to advise on how to meet greater Boston’s projected growing water demand, reframed the question of future water needs. Instead of, “Where can we get more water?” the question became, “How can we use our finite water supply more efficiently?”

By 2009, demand for water in greater Boston was reduced 43 percent from its 1980 peak. How did this remarkable reduction in water use in a growing metropolitan area — thus avoiding a water diversion from western Massachusetts — ensue?

The forceful activism of citizens, statewide environmental organizations, local towns and the fully engaged Water Supply Citizens Advisory Group coalesced to convince the MWRA to choose conservation over expanded water supply. Consequently, 6,400 miles of leaking water pipes were tested and repaired or replaced. An estimated 350,000 homes were retrofitted with efficient plumbing fixtures, such as low-flow showerheads, and the MWRA developed a public education campaign on water conservation. In 1988, Massachusetts required low-flow toilets in all new building construction and remodeling — the first in the nation to do so. Ultimately, greater Boston residents were spared the $500 million cost of the diversion project and western Massachusetts prevailed in its opposition to diverting water resources, destroying pristine lands for the aqueduct, sacrificing natural flow rivers and their riverine habitats for the sake of speculative resource needs in greater Boston.

A parallel crisis in oil — then the engine of economic growth — occurred nationwide with the Arab oil embargo of 1973-1974. Factories closed; unemployment rose; cars idled in long lines for gas. Under this economic pall, President Carter’s White House turned to renewable energy and conservation (for which he was ridiculed). In 1978, the White House Council on Environmental Quality abounded with optimism regarding solar power: “Our conclusion is that with a strong national commitment to accelerated solar development and use, it should be possible to derive a quarter of U.S. energy from solar by 2000 … For the year 2020 and beyond, it is now possible to speak hopefully … of the United States becoming a solar society.”

In 1980 — inspired by the incipient solar revolution — I designed a passive solar house, based on my environmental engineering master’s thesis. Our builder was eager to learn solar design and went on to build dozens of similar houses over the next year in Franklin and Hampshire counties. Federal and state tax credits for solar installations stimulated local industry and jobs, including small construction and insulation businesses, a rooftop solar hot water heater build/install industry and more.

By the end of 1981, however, the Reagan administration had removed solar water panels from the White House roof and by 1985 had eliminated solar tax credits. Demand for solar house design and construction declined; new niche solar companies closed up shop; and research funding for renewables — the largest effort in the world between 1974 and 1981 — dried up. Reliance on heavily subsidized fossil fuels and nuclear power was re-instated as the direction of U.S. energy policy.

∎ Sustain and support citizen and environmental organization activism: It can prevail.

∎ Support the immense popular demand for solar energy by lifting caps on net metering for PV solar installations; and re-set the state goal to 20 percent solar, or higher, by 2025.

A Stanford University team has designed a state-by-state roadmap to reach 100 percent renewable energy by 2050 based on efficiency and each state’s unique wind, sun, and water resources. Titled “The Solutions Project,” its Massachusetts roadmap ought to be a tool, among others, for energy policymakers and planners. (http://thesolutionsproject.org)