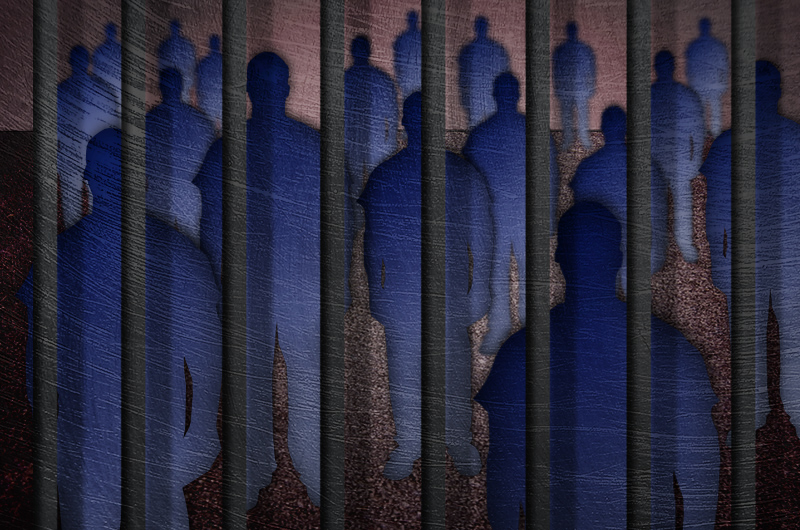 Finally, after working to see the end of mandatory minimum sentencing for nearly 30 years, hearing Attorney General Holder say the obvious – that mandatory sentences don’t work, are costly, unfair and need to be ended – was welcome.  Unfortunately, Mr. Holder’s comments are mostly rhetoric with inadequate policy change.  There are important steps that could be taken by President Obama and Attorney General Holder right now, without Congress, that could end injustice being suffered by tens of thousands and prevent future injustices.

Attorney General Holder’s statement came on the same day as the federal district court in Washington, DC ruled that the New York Police Department’s stop and frisk program was unconstitutional, while the Dream Defenders in Florida were occupying their state capitol to demand specific steps to end racism in the criminal justice system and while Fruitvale Station, a movie about the police killing of Oscar Grant, is showing in theaters throughout the country.  The confluence of these events is an opportunity for major improvements in the justice system especially in the war on drugs with a particular focus on the racial unfairness that pervades criminal justice in the United States.

Attorney General Holder is right. “It’s well past time” to end “unwarranted disparities by considering a fundamentally new approach.”  And, he was also right when in his speech to the ABA in San Francisco he said that, “As the so-called ‘war on drugs’ enters its fifth decade, we need to ask whether it, and the approaches that comprise it, have been truly effective.”  The failure of the drug war is evident to anyone who looks at the facts so this must have been a purely rhetorical question.

It is past time to move beyond rhetoric and time to enact new policies. The essential problem is the United States is using the wrong tools.  The fundamentally new approach that is needed begins with recognizing that drug abuse and addiction are health problems and the solutions need to come from health professionals not police, prosecutors and jailers. The U.S. has used the wrong tools for a long time and the results are evident, as Holder summarized in pointing out that:

“[Since] 1980, the federal prison population has grown at an astonishing rate – by almost 800 percent.  It’s still growing – despite the fact that federal prisons are operating at nearly 40 percent above capacity.  Even though this country comprises just 5 percent of the world’s population, we incarcerate almost a quarter of the world’s prisoners.  More than 219,000 federal inmates are currently behind bars.  Almost half of them are serving time for drug-related crimes, and many have substance use disorders.”

Attorney General Holder pledged, “We will start by fundamentally rethinking the notion of mandatory minimum sentences for drug-related crimes.” Indeed, mandatory sentencing has transferred sentencing power to prosecutors and taken power from judges. Rather than sentencing being decided in open court, it is really decided in the private offices of federal prosecutors.  It is time for a complete repeal of mandatory sentencing statutes so the proper balance can be restored and judges can make sentencing decisions on the individual facts and circumstances of each case.

While the Department of Justice develops this proposal and Congress considers it, there are steps that can be taken to end the injustices that are ongoing.  President Obama has been the stingiest president in history when it comes to the use of the presidential pardon.  He has only pardoned 23 people compared to George W. Bush pardoning 176 people, Bill Clinton 456, George H.W. Bush 77 (in one term), Ronald Reagan 406 and Jimmy Carter 566.  You have to go back to the first two presidents, George Washington and John Adams, to find presidents who served full terms who pardoned fewer than Obama.

There are many opportunities to use the presidential pardon to correct existing injustices.  For example, in 2010 the President signed a law amending the 100 to 1 disparity in sentencing between crack cocaine and powder cocaine which led to racially unfair sentencing results, but the change was not made retroactive. President Obama can correct that by applying the new law to the thousands of people currently serving sentences under the old, racially unfair law.

President Obama can begin now to apply the new prosecutorial standards announced by Attorney General Holder to people serving mandatory minimum sentences.  Under the new guidelines, the attorney general has directed that prosecutors “should not – bring every case or charge every defendant who stands accused of violating federal law” and “mandated a modification of the Justice Department’s charging policies so that certain low-level, nonviolent drug offenders who have no ties to large-scale organizations, gangs, or cartels will no longer be charged with offenses that impose draconian mandatory minimum sentences.” The Attorney General wants mandatory sentences limited to, “serious, high-level, or violent drug traffickers.” See: Memorandum to U.S. Attorneys, Department Policy on Charging Mandatory Minimum Sentences and Recidivist Enhancements in Certain Drug Cases.

By applying those standards to people currently serving prison terms President Obama would pardon tens of thousands of people and save billions of dollars and quickly end an ongoing injustice.  Every day these people are kept incarcerated is one more day of outrage.  President Obama can end this injustice now.

Finally, the failure of Attorney General Holder to mention marijuana was strange particularly as he was in San Francisco where in 1991 Proposition P allowing the medical use of marijuana in San Francisco passed with 79% support and in 1996, Proposition 215 passed with 56% of the vote statewide.  This begaana n a transformation of state laws, now 20 states, have passed laws allowing the medical use of marijuana – 40% of the states.  In addition, two states, Colorado and Washington, have passed laws legalizing and regulating marijuana.

The Obama administration should announce its respect for these state laws. In California, the Obama administration has aggressively tried to close medical marijuana dispensaries and has used the IRS, SEC, DEA, DOJ and US Attorneys to stop the medical use of marijuana.  Citizens who have worked within the system to make marijuana medically and legally available were insulted that Holder would come to San Francisco, give a speech on drug enforcement and not even mention marijuana. Marijuana is the most widely used drug in the nation and accounts for more than half of all drug arrests. Attorney General Holder and President Obama should announce that they will respect democracy and no longer use federal resources to undermine marijuana laws voted for by the people of various states.  Earlier this year, the Green Shadow Cabinet issued a report “The Voters of Colorado and Washington Provide A Path To End The War-On-Marijuana Quagmire.”

1. Respect the will of the voters in Washington and Colorado, as well as public opinion in the United States that wants the federal government to refrain from interfering with implementation of these states laws. The voters’ desire to legalize and regulate the use of marijuana is supported by medical science demonstrating that recreational marijuana is far less harmful to health than nicotine and alcohol, which are perfectly legal. Legalization is also supported by the fact that the biggest danger to health and safety from marijuana is the violence associated with the criminal drug culture. In other words, marijuana is a substance that is dangerous because it is illegal. It is not illegal because it’s dangerous.

2. Recognize that there is no conflict between federal law and these state laws. States should be allowed to control marijuana in ways that are most consistent with the democratically expressed views of their population. The lack of conflict is most obvious in regard to possession as well as Colorado’s law which allows personal cultivation and small sales which have been decriminalized. While there will continue to be federal laws making possession and small scale sales illegal, these are areas where the federal government currently does not enforce the law. Traditionally, these have been areas left to state law enforcement.  Non-federal enforcement of these laws should be made the explicit policy of the federal government in Section 873 Contracts with states to allow them to implement their laws.

3. With regard to regulation, licensing and taxation, these are alternative methods of control that are not in conflict with federal law. They should be treated as pilot projects, an opportunity to measure whether regulation and taxation are more effective in protecting public health and safety than the criminal law. The federal government should monitor the impact of these laws as a tool to create a more effective national marijuana policy rather than continue the failed war on marijuana. The Section 873 Contracts between the federal government and the states should be clear that the federal government will not enforce federal laws so long as actions are consistent with state law.  In return, the state governments should agree to take action to prevent diversion of marijuana to states that have not enacted reforms.

4. The Obama administration should reschedule marijuana to recognize its medical value. Marijuana is legal medicine in 18 states and the District of Columbia, accepted as medicine by many doctors, nurses, health care providers and health care organizations, prescribed under state law by thousands of doctors and used by tens of thousands of Americans as a medicine. Under the CSA if a drug has “an accepted medical use in treatment in the United States” it should be removed from Schedule I.  Based on the science the appropriate schedule for marijuana is Schedule III or lower.  Federal policy should treat medical marijuana as other medicines are treated and DOJ should enter into Section 873 Contracts with individual states to allow them to operate within state and federal law. Among the changes needed are applying the tax laws and banking laws as they are applied to other healthcare providers so medical marijuana providers can operate openly within the law. This is best for patients, health providers and respects the laws of states and local communities.

While it is good that Attorney General Holder has finally put the end of mandatory minimum sentencing on the agenda, it is time to move beyond rhetoric to action and end the drug war and the widespread injustices it has caused.  The Obama administration should do what it can without Congress and then work with Congress to move toward treating drugs as a health issue, rather than a criminal justice issue; legalizing, regulating and taxing marijuana rather than prohibiting it; and stopping the extreme sentencing of mandatory sentencing.

Administrator, Drug Policy Agency, Cliff Thornton:
We will end the War on Drugs
Obama’s ‘All of the Above’ drug control strategy means more of the same failed strategy