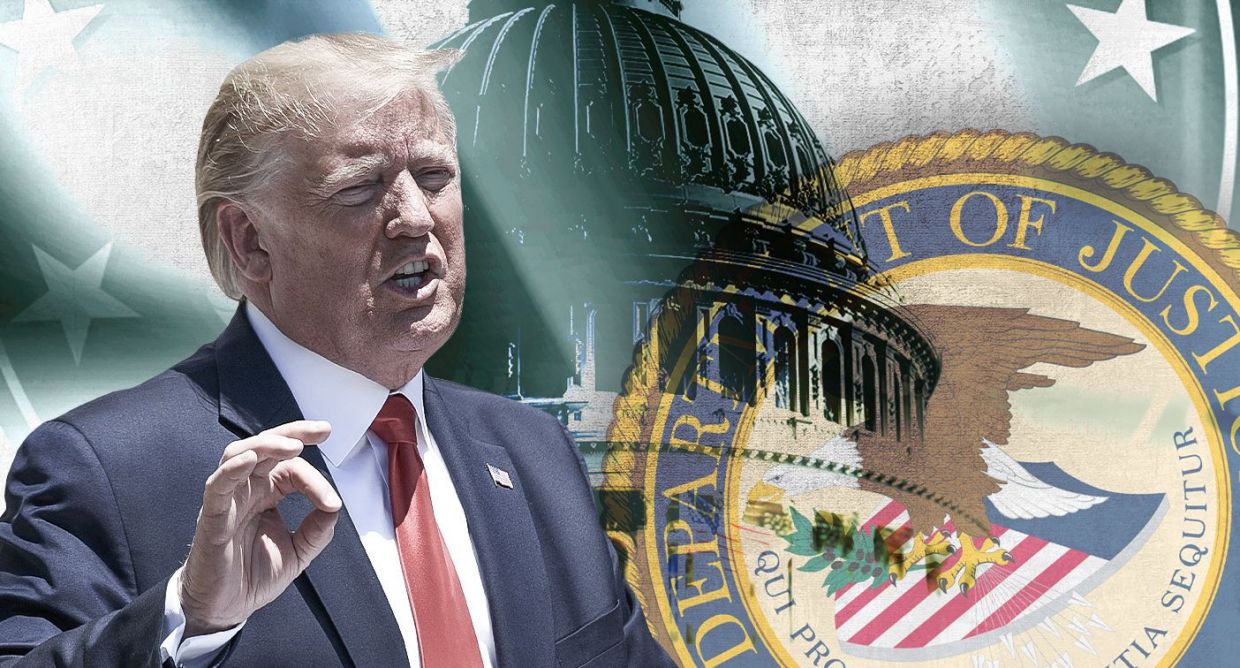 WASHINGTON — Alleged white supremacists were responsible for all race-based domestic terrorism incidents in 2018, according to a government document distributed earlier this year to state, local and federal law enforcement.

The document, which has not been previously reported on, becomes public as the Trump administration’s Justice Department has been unable or unwilling to provide data to Congress on white supremacist domestic terrorism.

The data in this document, titled “Domestic Terrorism in 2018,” appears to be what Congress has been asking for — and didn’t get.

The document, dated April 15, 2019, shows 25 of the 46 individuals allegedly involved in 32 different domestic terrorism incidents were identified as white supremacists. It was prepared by New Jersey’s Office of Homeland Security Preparedness, one of the main arteries of information sharing, and sent throughout the DHS fusion center network as well as federal agencies, including the FBI.

“This map reflects 32 domestic terrorist attacks, disrupted plots, threats of violence, and weapons stockpiling by individuals with a radical political or social agenda who lack direction or influence from foreign terrorist organizations in 2018,” the document says.

The map and data was circulated throughout the Department of Justice and around the country in April just as members of the Senate pushed the DOJ to provide them with precise information about the number of white supremacists involved in domestic terrorism. While the document shows this information clearly had been compiled, some of the senators say the Justice Department would not give them the figures.

The DOJ did not respond to Yahoo News’ questions about why this data was not sent to Congress.

“I’m troubled by the lack of transparency, given that we haven’t received this critical information after several requests to the FBI and DOJ. They cannot and should not remain silent in the face of such a dangerous threat,” Sen. Cory Booker, D-N.J., wrote in an email, after being told about the data.

Booker is part of a group of senators on the Judiciary Committee who have raised concerns about how the Justice Department categorizes domestic terror incidents and expressed concerns that white supremacist violence is being downplayed.

An aide to Sen. Dick Durbin, D-Ill., who is also on the Judiciary Committee, said it was “disappointing” to discover the Justice Department has information it has been “unable or unwilling” to provide to senators.

“This is disappointing but unfortunately not surprising. In April, the Justice Department and the FBI briefed Senate Judiciary Committee staff on domestic terrorism, nearly six months after Sen. Durbin’s office first requested the briefing,” the aide said. “At the briefing, the DOJ and the FBI were unable or unwilling to provide precise data on white supremacist terrorism, and neither agency has responded to our repeated follow-up questions since the briefing.”

After the briefing with officials from the Justice Department and FBI, Booker, Durbin and other Democrats on the Senate Judiciary Committee sent a letter to Attorney General William Barr and FBI Director Christopher Wray in May outlining their concerns about the categorization of domestic terrorism incidents.

“For the past decade, the FBI used 11 different categories for domestic terrorism, including a separate category for white supremacist incidents. The Administration is now using a classification system with only four categories, including ‘racially-motivated violent extremism,’” the letter said. “This new category inappropriately combines incidents involving white supremacists and so-called ‘Black identity extremists,’ a fabricated term based on a faulty assessment of a small number of isolated incidents.”

In the letter, the senators said they were “deeply concerned that this reclassification downplays the significance of the white supremacist threat.” They also indicated that they asked the FBI and DOJ officials involved in the briefing for information about white supremacist terrorism and were not provided with it.

“The briefers provided statistics on racially motivated violent extremism … but could not say how many involved white supremacist violence, other than to acknowledge they were ‘a majority’ of the incidents. If we do not understand the scope of the problem, we cannot effectively address it,” the letter said.

Wray testified during a Senate Judiciary Committee oversight hearing on July 23, and Booker asked him about the bureau’s categorization of domestic terrorist groups. A week later, Booker sent Wray a request for additional information for the record, including the number of attacks and fatalities that “have been attributed to white supremacists since 2000.”

“During your hearing, I asked you a number of questions regarding the number of violent attacks and fatalities categorized as domestic terrorism, and you were unable to provide that data,” Booker wrote to Wray. Booker’s office said Wray has not responded to his request.

The April 15 document is available online on the New Jersey state government’s website.

In response to questions from Yahoo News, an FBI spokesperson declined to comment on whether the information was given to the senators, but insisted the FBI was regularly working with relevant congressional committees.

“While we don’t comment on congressional engagement, we can assure you that the FBI routinely engages with our oversight authorities in Congress around requests for information and FBI operations,” the FBI spokesperson said.

A Department of Justice spokesperson referred Yahoo News to congressional testimony Deputy Assistant Attorney General Brad Wiegmann gave before the House Homeland Security Committee in May for a description of “the department’s efforts in the domestic terrorism area in general.”

The government’s classification of individuals under specific categories does not indicate they were necessarily convicted of crimes for extremist behavior, or that the actual charges against them included an extremist element. A Yahoo News review of the cases found that many were still pending, and we blurred out details identifying two individuals. (In one instance, the status of the case was unclear; in the other, the charges were dismissed.)

Some Democrats on the Judiciary Committee have argued that the Justice Department’s decision to reduce the number of categories, and using only “race-based extremists,” will make tracking white supremacists more difficult.

In his testimony to the Senate Judiciary Committee last month, Wray, when pressed, said the “majority” of domestic terrorism cases last year involved white supremacists. However, he did not provide specific figures.

Booker said he was not surprised to learn the data shows that race-based attacks last year involved white supremacists. He cited a spate of recent high-profile incidents, including the Aug. 3 shooting in El Paso that left 22 people dead, as proof of the white supremacist threat.

“While white supremacy is not a new phenomenon in America, it’s incredibly troubling the way the movement has been emboldened and the administration’s efforts to obfuscate the data on these terrorist incidents simply defies logic,” Booker said.

In March, Durbin introduced the Domestic Terrorism Prevention Act in the wake of a shooting at a mosque in New Zealand. The bill called on the DOJ and on FBI offices that monitor, investigate and prosecute domestic terrorism to assess the “threat posed by white supremacists” and to “provide transparency through a public quantitative analysis of domestic terrorism-related assessments, investigations, incidents, arrests, indictments, prosecutions, convictions, and weapons recoveries.” Booker was among the co-sponsors of the bill.

According to Durbin’s aide, the ambiguity in the current classification system and the DOJ’s apparent reluctance to release data on white supremacist terrorism raises concerns about whether adequate resources are being devoted to the threat.

“This highlights the problem with not specifically tracking white supremacist attacks,” the aide said of the document. “If we do not understand the scope of this problem, we cannot effectively combat it.”