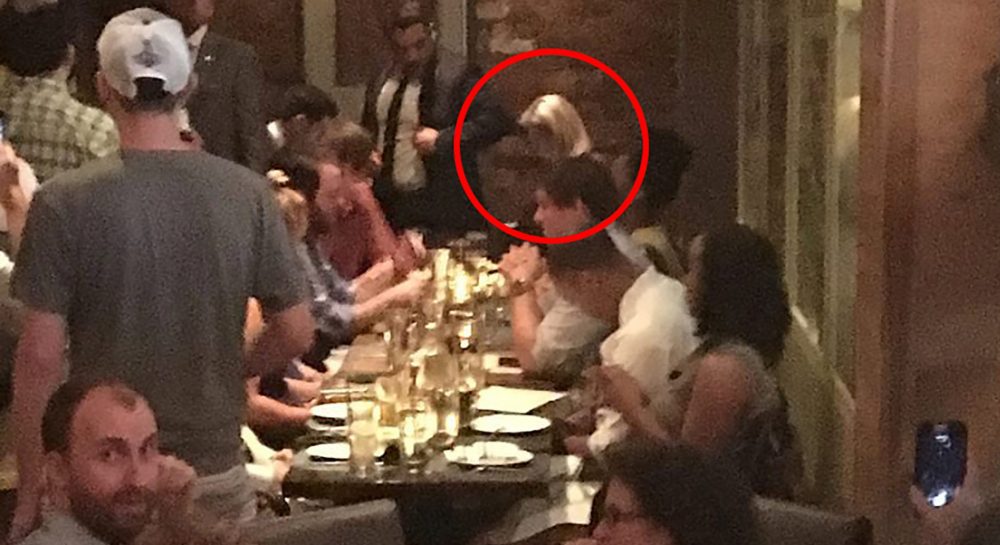 Homeland Security Secretary Kirstjen Nielsen was unable to have dinner at a Mexican restaurant in Washington, DC as people discovered her presence and started chanting against her on immigration until she left.

DHS Secretary Nielsen is having dinner at MXDC right now.

Nielsen who has been criticized by President Trump for not making enough arrests at the border has become the face of the Trump administration’s practice of separating children from parents who take them across the U.S. border illegally. She has denied there is a policy of separating parents from children despite being shown pictures and being played tapes of children held in cages without their parents.

She was dining at MXDC Cocina Mexicana when a group of 10 to 15 protesters entered the restaurant and began chanting at her about the abusive immigration policy. The group chanted “shame!”, “end family separation!” “Sanctuary for all” and was incredulous that she was eating at a Mexican restaurant.

One protester yelled, “How dare you spend your evening here eating dinner as you’re complicit in the separation and deportation of over 10,000 children separated from their parents? How can you enjoy a Mexican dinner as you’re deporting and imprisoning tens of thousands of people who come here seeking asylum in the United States? We call on you to end family separation and abolish ICE!”

People in the restaurant joined in the protest clapping with the chants.

Nielsen tried to sit quietly and ignore the protests but finally gave up, paid her check and left, escorted by her Secret Service detail. As she left people continued to chant “No borders, no walls, sanctuary for all!” and “Shame on Nielsen, shame on Trump!” They urged people “Kirstjen Nielsen will lock up your kids, no hesitation. Remember what her face looks like.” Police arrived to speak with the organizers, but no one was arrested. Protesters said they will continue to protest Nielsen.

DHS Secretary Nielsen just got driven out of a Mexican restaurant here on 14th Street by activists. DSA, I believe. pic.twitter.com/lTKutryXBO

The protest was organized by the DC Metro Democratic Socialists of America (DSA). Margaret McLaughlin, a member of the DC Metro DSA steering committee explained why they took the action, “We will not stand by and let Secretary Nielsen dine in peace, while she is directing her employees to tear little girls away from their mothers and crying boys away from their fathers at our border. Secretary Nielsen and everyone else who has carried out these brutal and cold-blooded orders to rip apart families should never be allowed to eat and drink in public again.”

Homeland Security @SecNielsen did a fabulous job yesterday at the press conference explaining security at the border and for our country, while at the same time recommending changes to obsolete & nasty laws, which force family separation. We want “heart” and security in America!