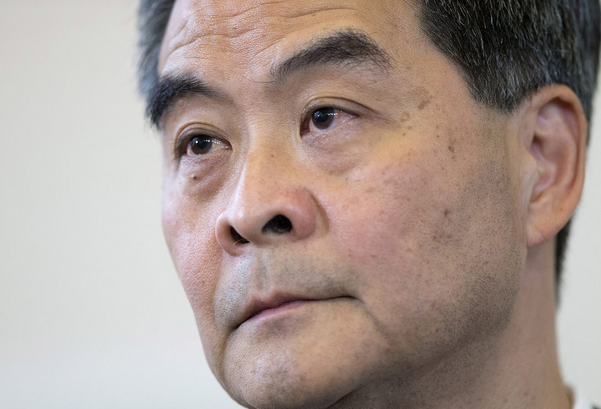 Leung Chun-ying’s meet-the-people sessions were called off due to the situation and atmosphere in the city when they were scheduled, a spokesman for Leung’s office, who asked that his name not be used per office policy, said by phone. The meetings have been held at least three times annually over the previous five years to gauge public opinion ahead of the annual policy address and budget release. The canceled meetings were due to take place in the last quarter of 2014, before the policy speech in mid January and the budget announcement in late February.

The cancellation of the dialog between Hong Kong’s top leader and the public indicates the Occupy Central movement, which ended on December 15 after 79 days of occupation of Hong Kong streets by pro-democracy protesters, is having far-reaching effects on the city’s public affairs. The South China Morning Post reported the cancellation earlier today.

“It’s a most disappointing decision, because it gives the impression that the Hong Kong government has no intention to directly engage the public communities in a meaningful political dialog,” said Joseph Cheng, a political science professor at City University of Hong Kong and a convener of the pro-protest Alliance for True Democracy. “The Occupy movement has shown Hong Kong society has rapidly polarized, and the best way to reduce polarization is to address the entire community in an open manner.”

The government started consultations for the 2015 policy address and the 2015-16 budget in mid October, inviting the public to air their views via a website, or by e-mail, phone or fax. The consultation exercises were meant to “enable more comprehensive discussion with the community” and should allow the government to “collect views from members of the public extensively and thoroughly,” according to a statement on the government’s website.

Scuffles have broken out at public forums between pro-establishment and pan-democratic groups. In 2013, police arrested four people involved in clashes between pro- and anti-government groups at a public meeting with the chief executive, local media including the South China Morning Post have reported.

Leung will deliver his policy address on Jan. 14 and Financial Secretary John Tsang will present the 2015-16 budget to the Legislative Council on Feb. 25, according to a statement on the government’s website.