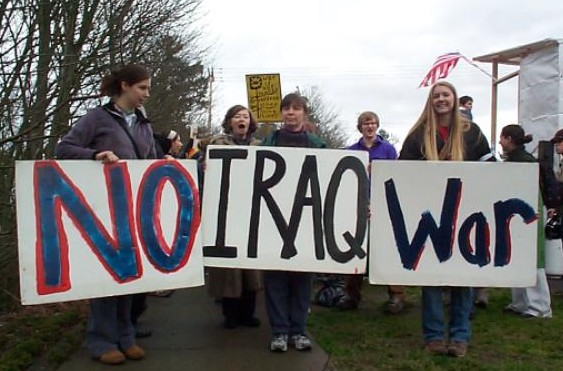 The House on Friday passed a resolution requiring authorization from Congress for a sustained presence of combat troops in Iraq.

An original version had resolved that Obama should remove armed forces within 30 days, but left him the option of keeping forces in Iraq until the end of the year should he determine withdrawal to be unsafe.

But the House passed an amended version to require congressional authorization regarding Iraq.

Rep. Jim McGovern (D-Mass.), the sponsor of the resolution, said Congress should at a minimum debate the consequences of sending U.S. military forces to Iraq.”We owe at least that much to our men and women in uniform and families and we owe that much to our Democratic institution,” McGovern said.

Rep. Barbara Lee (D-Calif.) said passage of the resolution would affirm the role of Congress in authorizing military operations abroad.

“After more than a decade at war in Iraq and Afghanistan, thousands of lives and billions of dollars lost, the need for Congress to reclaim its war-making powers is critical,” Lee said.

Last month, Lee offered an amendment to the fiscal 2015 Defense appropriations bill to prohibit funding toward combat operations in Iraq. It failed 165-250.

But Rep. Adam Kinzinger (R-Ill.), an Iraq War veteran, said the House should instead be focusing on how to stop the rise of militant group ISIS in Iraq, as well as terrorist groups in other parts of the Middle East.

“I cannot in good conscience support this,” Kinzinger said. “I think instead of giving the president an ability to blame Congress for his indecisiveness, I think it’s time that we stand up and say we have to defend our interest and defend people who want to defend themselves.”

But other Republicans supported the resolution.

“Where I think all members can agree is that if the president of the United States ordered U.S. armed forces into sustained combat in Iraq, then he should be coming to Congress to seek an explicit statutory authorization and the backing of this body,” said House Foreign Affairs Committee Chairman Ed Royce (R-Calif.).

But Royce said the U.S. should still work toward stemming the threat of ISIS.

“Let’s not take this debate to mean that we should not be doing anything to offset that organization,” Royce said.