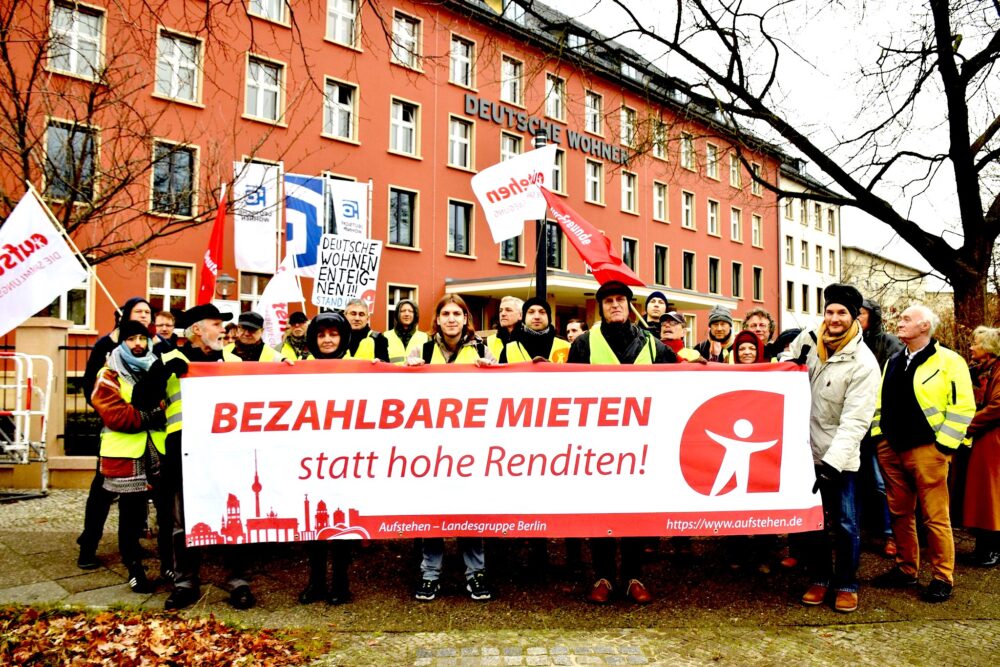 Housing Should Not Be A Luxury

Few issues mobilize people in Berlin more than the housing shortage and the rapidly rising costs.

“My home is my castle” — if there is one proverb that holds true at this very moment, it surely must be this one. The home as a castle that protects against the pandemic. It offers a place of refuge and a feeling of security even during these tough times which regularly force even developed countries to re-examine the tough balancing act between freedom, health and economy.

Unfortunately, access to private space has become increasingly unequal in Europe. This discrepancy has been exacerbated by the pandemic. A lockdown spent on a terrace or in the garden is not the same as one confined in an apartment block.

Ever since the end of World War II, sufficient housing supply has been a high priority in the modern market economies of Europe. But after several decades of neoliberalism and a decade of strict austerity, Europe now faces the challenge of how to tackle today’s housing inequality.

According to Eurostat, housing costs in the EU increased by 19 percent between 2010 and 2019. At the same time, average household incomes have not increased to the same extent. As a result, the portion of a household’s budget that is spent on rent has become much higher.

Take Berlin, which has long been at the forefront of massive price hikes. In the German capital, the cost for an apartment has risen by a whopping 208 per cent since 2008. At present, there are few issues that mobilize people more than the housing shortage and the rapidly rising costs, both in the city center and in the surrounding areas.

After the fall of the Berlin Wall, the city was continuously changing during the 1990s and became a popular spot for creative people with little money but lots of ideas. The commercialization of all areas of life that followed the end of communism, however, destroyed this unique space.

Apartments that belonged to the city were sold to private companies and entire neighborhoods were gentrified. Where culture was previously desired and subsidized by the state, we now see a new mall or Starbucks. “Housing for the few, McDonalds for all,” seems to be the motto of a city that is now repeating all the mistakes of New York and London.

Low-cost airline tourism and the Airbnb market are another reason for the housing shortage. According to the German Institute for Economic Research’s (DIW) report, during peak periods in Berlin, around 20,000 apartments were advertised on Airbnb. While this has now been regulated, there is still a lack of affordable housing as 40,000 people move to Berlin each year.

As an emergency brake on the ever-increasing rents and enormous displacement of residents, Berlin responded with a rent cap that set upper limits for permissible rents. It was implemented in November 2020 and 1.5 million tenants benefited from reduced rents. However, in April of this year, the Federal Constitutional Court overturned the cap as being inadmissible.

Now, a referendum on the socialization of Deutsche Wohnen and other large real estate companies is another, more radical attempt to stop speculators. The initiative on the ballot in September involves calling on the Berlin Senate to draft a law “which regulates the socialization of the apartments of private housing companies with more than 3,000 Berlin apartments, and their transfer to a public-law institution.”

Even the United Nations can’t ignore the issue of housing inequality. For example, the United Nations Special Rapporteur on the Right to Housing, Leilani Farha, is accusing the international real estate group Akelius of violating the human right to housing.

“Akelius’s business model, driven by the desire to maximise profits, has created a hostile environment for its tenants through a severe degradation of housing conditions, higher rents and increased risk or threat of eviction,” she said. She further explained that modernizations provide a vehicle for Akelius to demand considerably higher rents from both existing and new tenants and thus circumvent rent regulations.

In addition to the constant influx of people into cities, the trend toward housing speculation has been intensified by globalization. The new prosperity of certain emerging countries – especially China but also Brazil and India – has also changed the demographics of ownership in Europe. More than in the past, real estate has become a safe investment no longer limited to local or national investors. In the EU in particular, real estate investment is very safe because interest rates are low and the governments are stable by global standards.

Investors from all over the world are being lured in. For example, the so-called golden visa, which qualifies non-Europeans for a Portuguese passport when investing at least €350,000 in real estate in Portugal, is aimed at the clientele of the nouveaux riches.

Apart from these developments in the past few decades, we are now entering a new era with opportunities and risks: the Covid-19 pandemic is currently redefining residential life in economically developed countries. The demand for houses outside the urban conurbation has increased because of remote work in Europe and the US. After all, why live in expensive inner cities when culture and gastronomy are no longer present? Instead, you could use your laptop while also enjoying nature.

Nonetheless, young people in particular continue to move to cities despite the pandemic. That’s why it’s important to create living space within the city in order to slow down the price increase. The pandemic has further increased pressure on governments to address the housing shortage.

At the same time, the recalibration of work and personal life means that many offices are being left empty. This has prompted local authorities in major American cities, and Singapore and Seoul as well, to convert the unused offices into apartments. South Korea plans to create 114,000 public housing units by buying up vacant hotels and offices. In Singapore, plans are underway to redevelop the central business district to include more apartments, shops, restaurants and “indoor farms.”

What is needed are not only new luxury buildings and social housing, but also affordable housing for the middle class. To this end, new creative alliances between investors and urban planners could offer concepts that are both social and profitable for society and the economy, so that in future we will not be looking at ‘ghost apartments’ in empty inner cities.

Such initiatives to shape the real estate market in a way that does not endanger social cohesion and trust in social and democratic societies along with it, would be the right first step in the post-Covid-19 world. At its core, this vision needs to include the right to have an affordable roof over your head.