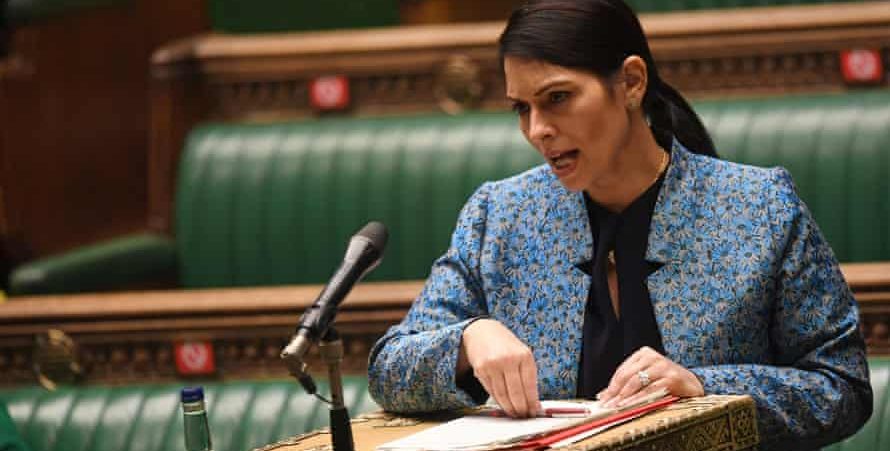 How A Proposed Secrecy Law Would Recast Journalism As Spying

Home Office plans would remove the public interest defence for whistleblowing, and could put reporters in jail

Here we go again. Nearly 50 years ago one of us was arrested under the Official Secrets Act for working on a story for Time Out magazine, where the other one of us was the news editor. This led to the so-called ABC case, named after fellow reporter Crispin Aubrey, a brave ex-soldier whistleblower called John Berry, and the aforesaid Campbell. A lengthy Old Bailey trial followed in 1978 and, with it, a major discrediting of the use of the act against the press.

Soon after, the power of the pre-first world war, empire-era secrecy laws sank further when a jury acquitted the late Clive Ponting, a senior civil servant who sent MPs information about government deception during the Falklands war. A hasty law reform flopped in 2004 when evidence against the GCHQ whistleblower Katharine Gun had to be withdrawn at the last minute. The government feared her trial would reveal that it had been told the Iraq war would be illegal.

The Home Office now wants harder and more extensive secrecy laws that would have the effect of deterring sources, editors and reporters, making them potentially subject to uncontrolled official bans not approved by a court, and punished much more severely if they do not comply. In noisy political times, a government consultation issued two months ago has had worryingly little attention. Although portrayed as countering hostile activity by state actors, the new laws would, if passed, ensnare journalists and sources whose job is reporting “unauthorised disclosures” that are in the public interest.

Endorsed by the home secretary, Priti Patel, the consultation argues that press disclosures can be worse than spying, because the work of a foreign spy “will often only be to the benefit of a single state or actor”.

Calling for parliament to consider “increased maximum sentences”, the Home Office claims that there is now not necessarily a “distinction in severity between espionage and the most serious unauthorised disclosures”, including “onward disclosure” in the press. Journalism could even create “far more serious damage” than a spy. Yet the 66-page document does not mention “journalism” once, and refers only to “onward disclosure … without authorisation”.

A new proposal for so-called civil orders would create “a power of last resort that would enable [the government] to impose a range of restrictions on particular individuals”. The orders “could include a range of restrictive and preventative measures, including measures to prevent an individual associating with certain people or from visiting specified sensitive locations” and ought to “be imposed by the executive rather than the courts”. The orders would create “a significant deterrent against those who may be vulnerable and susceptible to foreign state coercion and influence”.

The process began in 2016 when the Law Commission – a statutory body that reviews the law in England and Wales – started work on “protecting official data”, claiming reforms were needed “to bring the law into the 21st century”. Changes were, supposedly, justified because of the ability of “hostile states” to conduct cyber-attacks and because the potential impact of spying and leaks had increased.

Initial proposals by the commission in 2017 did not attract much attention until an article in The Register, the online technology publication, told readers that “proposals in the UK for a swingeing new Espionage Act that could jail journalists as spies have been developed in haste by legal advisers”. The article pointed out that the proposals would put leaking and whistleblowing in the same category as spying for foreign powers – and that leakers and journalists could face the same extended jail sentences as foreign agents. Sentences would apply even if – like Edward Snowden or Chelsea Manning – the leaker was not British, nor in Britain, or was acting in the public interest.

The Law Commission had neglected to consult widely with either media or freedom of expression organisations. After the article appeared, there were protests in the press across the political spectrum, from the Daily Telegraph to the Guardian to the Daily Mail. An avalanche of criticism from NGOs and press and media organisations, such as the National Union of Journalists, followed; public consultation was extended.

Slowed further by the impact of Covid-19, the Law Commission published revised proposals last autumn. They recommended that “a statutory public interest defence should be created for anyone … including civilians and journalists, that they can rely upon in court”. Journalists and sources should not be convicted if it was in the public interest for the information disclosed to be known by recipients. An independent, statutory whistleblower commissioner “should be established to receive and investigate allegations of wrongdoing or criminality”.

The Home Office wants to junk these proposals as not “the right balance in this area”. The idea that any unauthorised disclosure of official data could be in the public interest should not be possible, it says. It derides the idea of whistleblower protection, asking for “any evidence … why existing government whistleblowing processes would necessitate the creation of a statutory commissioner?”

Nor, it says, should a whistleblower be allowed to argue that they acted in the public interest. One of the main changes is to widen the scope for prosecutions. “For public servants,” according to proposals, “offences should not continue to require proof of damage, as is currently the case. Instead, they should require proof of a sufficiently culpable mental state, by which we mean, for example, proof of the defendant’s knowledge or belief that the disclosure would cause damage.”

Maximum prison sentences that could be imposed on publishers or sources – currently two years under the Official Secrets Act for unauthorised disclosures – would be multiplied to an unspecified higher level.

Responses to the new proposals are being sought by 22 July. If editors and journalists and advocates of an open society do not highlight the dangers and call a halt, the current gung-ho, authoritarian approach of the government could allow press freedom to be clamped into silence.