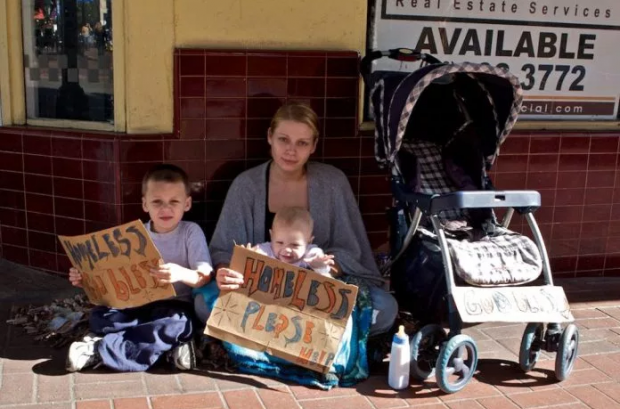 How American Life Continued To Deteriorate In 2016

We’re living in an era of suicide in America, in parallel with our era of inequality.

The reality of the disposable American has been building up in recent years, and new evidence keeps pouring in. Now the potential exists for greater suffering under the rule of a billionaire Cabinet that is far, far removed from average workers and renters and homeowners.

First the “upside” – 5% of us are millionaires

Depending on the source, America has anywhere from 7 million to 13.5 million millionaires – about 5% of U.S. adults, and about a 40% increase in just six years. At the other end, 90% of us have gained NOTHING since 1997, and at least half of us NOTHING since 1980.

New evidence of an overall collapse

Recent studies show America at or near the bottom among developed countries in disposable income poverty, income and wealth inequality, safety net provisions, employment, economic mobility, life expectancy, infant mortality, and the well-being of children. We’ve run the table. The better part of America is equivalent to a third-world country.

Neglecting the most vulnerable among us

We have fallen far as a nation when a half-million of our children under the age of four are taking anxiety drugs, and when the great majority of American families have to spend over 10% of their income just to send their four-year-olds to pre-school. And the “American Dream” for our kids? According to one careful study, they only have about half the chance that they had fifty years ago.

Today just 100 individuals own as much wealth as the entire Black population of America. Even a middle-aged African-American with a graduate degree has only about the same odds of becoming a millionaire as a white person with a high school diploma. The common misperception is that Black youths turn to drugs at a disproportionate rate. Not true. According to the American Journal of Public Health, “drug-use disorders were most prevalent among non-Hispanic Whites, followed by Hispanics, then African Americans.” Yet “racial/ethnic minorities are disproportionately incarcerated, especially for drug crimes.”

Finding a stable job is becoming impossible for much of America

We keep hearing about the drop in the unemployment rate. But with nearly two out of every five American adults not even in the labor force, the unemployment rate is more like 30 percent. Partly explaining our employment frustration is a Princeton study which concluded that only 6% of the ten million new jobs created in the past decade were traditional full-time positions, while 94% of them were temporary or contract-based.

After a precipitous drop in the number of starter homes around the country, the homeownership rate hit a 50-year low, and the increasing number of “cost-burdened” renters (spending half their incomes on rent) has increased by 50 percent. Two out of every five middle-class households (incomes between 80 and 125 percent of the median) have dropped to lower-class.

According to Pew Research, median household expenses increased by about 25 percent between 1996 and 2014. Income hasn’t budged. Young adults are living with parents to the greatest degree in the modern era, and now the parents themselves (people over 40) are moving back in with THEIR aging parents.

For those Americans with visions of retirement in their heads, the median working-age couple has saved only $5,000 toward that goal, while the “free-market” capitalist solution of the 401(k) pays about $100 a month.

Americans: sick and dying, and killing themselves

Harvard researcher Dr. Samuel Dickman said, “We spend more on medical care than in any other country, and those dollars are increasingly concentrated on the wealthy.” Less fortunate Americans are 15 pounds heavier than in the 1990s, dying from alcoholism at a record rate, and struggling with mental health problems for which treatment facilities have been continually cut, leaving many mentally ill people in jails rather than in psychiatric hospitals.

Finally, most disturbingly, we’re living in an era of suicide in America, in parallel with our era of inequality. Suicide is at its highest level in 30 years. It’s especially high for veterans. War is traumatic and depressing, but so is a return to a deteriorating nation.

Only if the blurred and battered American Dream turns into a progressive 2020 Vision. Only if Americans get beyond their irrational fear of the word ‘social’ and begin to work together to dismantle the plutocracy that rules us. It may take the unrelenting stream of bad news to finally make that happen.