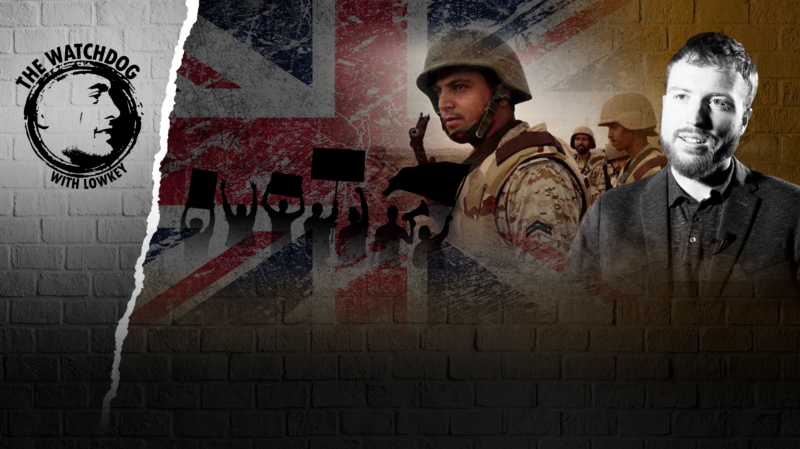 “The State Is Very Sophisticated In How It Deals With These Whistleblowers And It Knows It Can Rely On A Very Pliant Media That Is Not Going To Follow Up These Stories.” – Phil Miller

A small English village is hardly the first place that comes to mind when mentioning the war in Yemen. Yet Warton in the northwest of England is playing an oversized role in what the United Nations has repeatedly called “the world’s worst humanitarian crisis.” The Lancashire village is home to an airfield and a manufacturing site where weapons dealer BAE Systems maintains, repairs and rearms Saudi jets responsible for much of the worst destruction in Yemen.

Today, Lowkey speaks to Phil Miller, an investigative journalist and producer who is currently a staff reporter for Declassified UK. He has just released the documentary “Warton’s War on Yemen,” which exposes how BAE Systems is playing a key role in the carnage in the Middle East. Every week, aircraft arrive from and leave for Saudi Arabia carrying crucial supplies to keep the Kingdom’s war machine going.

War is big business. A 2018 paper found that an estimated 7,000 employees of U.K. contractor companies, civil servants, and temporarily deployed military personnel were currently aiding Saudi forces in their attack on Yemen. According to the Stockholm International Peace Research Institute, the Kingdom is by far Britain’s most important arms customer, responsible for 49% of all international weapons purchases.

In September, Lowkey interviewed Ahmed Al-Babati, a Yemeni-born member of the British Army who refused to continue serving, citing the U.K.’s complicity in war crimes. “They didn’t press charges against him; they simply let him leave the Army,” Miller told Lowkey, explaining:

If that had gone to court, it could have become more of a media issue. The state is very sophisticated in how it deals with these whistleblowers and it knows it can rely on a very pliant media that is not going to follow up these stories.

Whistleblowers from inside the company itself, however, are unlikely, as BAE Systems often puts clauses in employment contracts that threaten their pensions if they speak out.

Miller noted that one of the key people in his film, Molly Mulready, had never been interviewed on camera before. A lawyer for the Foreign Office between 2014 and 2019, Mulready was responsible for giving legal advice in relation to exporting arms to the Middle East. Yet, despite very publicly blowing the whistle about the shocking human-rights abuses the government was ignoring, she had never been approached by the BBC or any other major news organization.

Miller also described the British royal family as “effectively lobbyists for BAE Systems,” as they are often sent to the Middle East to drum up orders for U.K.-made weapons.

That British-made arms are being used against civilian populations is not in doubt. A 2020 report from Oxfam noted that Saudi forces were deliberately targeting medical and water infrastructure, having done so over 200 times since the conflict began. This amounted to one attack every 10 days on average. There have been over 21,000 Coalition air raids on the country since 2015, according to the Yemen Data Project.

The effect of the continuous onslaught has been devastating, sparking a crisis of epic proportions. The United Nations estimates that 14 million people — over half the country’s population — are at risk of famine, and 20.5 million need help accessing drinkable water. “Vital infrastructure like hospitals, clinics, water tanks, and wells have consistently been in the crosshairs throughout this conflict. Their damage and destruction make Yemen even more vulnerable to diseases like COVID and cholera,” said Muhsin Siddiquey, Oxfam’s Yemen Country Director. “Lives aren’t just lost when the bombs fall but also during the weeks, months or years it takes for hospitals and wells to be rebuilt.”

Miller studied politics at the School of Oriental and African Studies in London before switching to journalism. An acclaimed filmmaker, he is also author of the book “Keenie Meenie: The British Mercenaries Who Got Away With War Crimes.” Join Lowkey and Miller for a frank discussion about the incredible secret role Britain is playing in major war crimes.