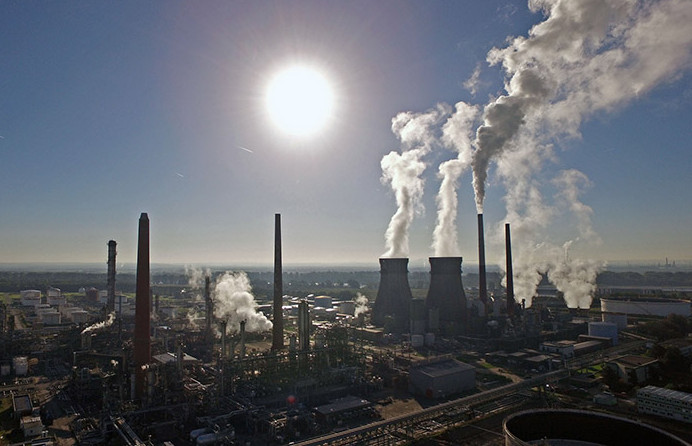 Note: The article below provides some history on the UN climate process in the Clinton-Gore era. In another article we report how Barack Obama and Hillary Clinton with the aid of NSA and other intelligence agencies undermined the Copenhagen climate agreement. This history shows how the Trump decision is not much different than the traditional response by the US on the climate crisis. KZ

Once Upon a Time, Al Gore claimed to have invented the internet. He also laid claim, along with the rest of the Clinton administration, to having “reinvented government.” A few years ago he re-invented himself as a modern-day Paul Revere galloping ac­ross the country on his white horse crying, “To arms, to arms, the Climate is Changing.” Yet back in the 1990s while the rest of the world was negotiating a mandatory reduction in industrial emissions that were punching holes in the Ozone layer, it was none other than Al Gore, Vice President of the United States, who traveled to Kyoto, Japan to take those negotiations hos­tage and prevent a ban on targeted emissions.4

Gore commandeered the Kyoto conference. The U.S. government, he said, would not sign the Accord – as limited as it was – if it imposed emissions reductions on industrial countries. Instead, he demanded that the rest of the world adopt his proposal that would allow industrial nations like the U.S. to continue polluting by establishing an international trade in carbon pollution credits. Gore’s “solution” – like Obama’s – was to turn pollution into a commodity and buy and sell it in the form of “pollution rights”. The free market trade in “pollution credits” would simply shift around pollution and spread it out more evenly without reducing the total amount of ozone-depleting greenhouse gases. It would allow the United States and other industrial countries to continue polluting the rest of the world.

In proposing (and imposing) that mechanism, Gore and Clinton were enacting a policy – trade in pollution credits – that had first been put into effect in a more limited way by President George H.W. Bush under the 1990 extension to the Nixon administration’s “Clean Air Act.”5 The mechanisms were developed by the World Bank (under Summers’ tutelage) and International Monetary Fund, and this quintessential capitalist policy was actually endorsed by several well-known environmental groups.

The global trade in industrial waste emissions credits, as I wrote above, were a new kind of commodity and would require new regulations and agencies to administer their authorization and trade. Clinton and Gore constructed an elaborate set of structures such as the World Trade Organization, and treaties such as NAFTA, GATT, and the FTAA to do just that. Under the new trade bureaucracy, countries would not be allowed to exempt themselves from trade – not even from imports of toxic wastes or trade in pollution credits – regardless of environmental or social justice considerations. The entire edifice institutionalized the complex mechanisms designed to save capitalism from the demands of the growing grassroots environmental and global justice movements.

In his 1992 book, Earth in the Balance – much praised (foolishly but to be expected, in my estimation) by the large environmental not-for-profit corporations vested in the current economic system – Al Gore laid out the ideological basis for his flawed pro-capitalist solution to environmental destruction and climate change: Rely on voluntary self-regulation by corporations and the governments they control. Forget that industrial corporations (including enormous slaughterhouses of factory-farmed animals) have been the primary source of toxic pollution. To remain competitive within the existing system and to maximize profits, corporations cannot voluntarily end pollution if it is cheaper for them to pollute. That is a fundamental capitalist dynamic. It propels corporations to basically use the earth as their ashtray in reckless disregard of the consequences to human and planetary health. Governmental action is required to regulate pollution and even the playing field for all.

Gore ignored that reality and built the rationale for his framework upon the fiction that corporations could and would on their own stop their emissions of greenhouse gases and pollution, and play the necessary role in cleaning up the environment.6 Despite the literally world-shaking consequences of global climate change that Gore graphically documents in his film “An Inconvenient Truth,” he refuses to challenge or even regulate the system that has driven the planet to the brink of destruction.

A number of key environmental organizations accepted Gore’s delusion that corporations, working with government and consumers, would or could save the environment while maintaining the same set of economic relationships and expansion of capitalist trade. Seven of the largest environmental groups – National Wild­life Federation, Natural Resour­ces Defense Council, the Environmental Defense Fund, World Wildlife Fund, National Audubon Society, Nature Conservancy, and Defenders of Wildlife – joined the charade; they came out in support of the North American Free Trade Agreement (NAFTA),7 trouncing opposition by smaller, more radical grass­roots ecology groups and trade unions. At a time when a united environmental movement could have made a huge difference, these organizations provided Gore and Clinton with carte blanche for pursuing neoliberal policies that have so devastated the planet.

Gore and the pro-NAFTA environmental groups created a partnership that established “free market” trade in pollution credits, basically asking corporations to deliver the world from the ravages that they themselves had created. Utter nonsense, but its ideological underpinnings were based on an outrageous document justifying the dumping of toxic wastes in poor countries. That document was written by an economist and policy-maker working at the World Bank at the time: Lawrence Summers.