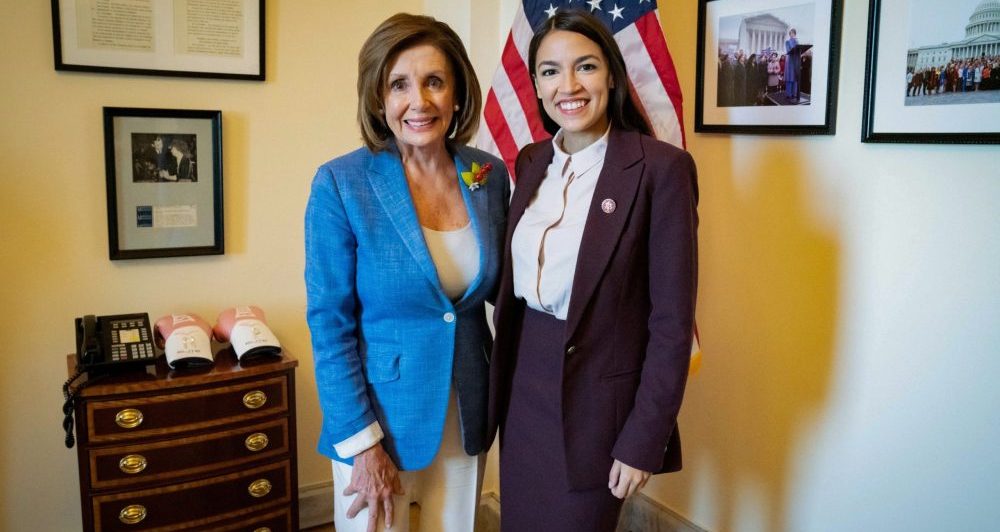 How Democrat Progressives Got Out-Maneuvered By Their Corporate Wing

This past week, November 1 to 6, this writer wrote a daily running commentary on the developments in Congress, as the corporate wing of the Democrat Party maneuvered US House progressives into a corner over voting on the Infrastructure and Reconciliation (Build Back Better) spending bills.

Ever since the two the bills—Infrastructure and Reconciliation— were first raised together last March 2021, progressives in the Democrat Party have been steadily driven into making concession after concession, reducing their proposals in a vain attempt to get the party’s corporate wing (represented in Senate by Manchin and Sinema and in the House by Cuellar and friends) to agree to some reduced cost Reconciliation bill. From an original bill with $3.5 trillion in social safety net and climate investments in the Reconciliation bill, progressives pared down their proposals to $1.75 trillion.

The media has referred to this process as ‘negotiations’ but it could hardly be called that. Normally negotiations refer to a two way street with both sides making proposals and counter offers. This was totally one way, the progressives making all the offers and Manchin-Sinema on behalf of the party’s corporate wing refusing to make any and all offers in return. It’s better described as one-way political concessions bargaining.

The coup de grace and end to the charade was delivered up to the progressives last Friday, November 5, when the party leadership—Pelosi, Biden, Manchin—forced progressives to abandon their long-held position insisting both bills be voted up in the House together.  With the help of 13 Republicans in the House, on Friday, November 5, speaker Pelosi broke out the two bills—thus breaking as well her months long pledge not to—and passed the Infrastructure bill separately by a vote of 228 to 206 with the help of the 13 Republicans.

That last point is worth repeating: Pelosi solicited 13 Republicans to vote for the breakout vote on Infrastructure and used their vote to defeat the progressive wing in her own party.  Corporate ‘birds of a feather, flock together’ whether of the Democrat species or the Republican!

Pelosi had signaled a couple weeks ago she was planning to break out the votes on the two bills, but then backed off.  Her fallback position at that time was to vote both bills up and then send them both over to the Senate and let the Senate approve the Infrastructure bill and reject the Reconciliation bill. The Senate action would take the heat off her.  But her less than clever maneuver was not to be.

After having Manchin and Sinema carry the water for the corporate wing of the party, Biden injected himself and undermined the progressives resolve and Pelosi’s prevarications on holding a direct up front breakout and vote on Infrastructure.  All the pieces came together on Friday: Manchin-Sinema, Biden, and then Pelosi.  Progressives caved. And with them collapsed the Reconciliation bill and its $1.75 trillion in safety net and climate spending.

The sop thrown to the progressives was the commitment by Pelosi to hold a vote on the now ‘orphan’ Reconciliation bill by November 15. But that vote will be meaningless. So-called moderates in the House, already emboldened, have publicly said they’ll vote for the Reconciliation bill if it is totally paid for. That means it will have to include tax hikes on corporations and wealthy investors. But if it does include taxes, when it’s sent over to the Senate it will almost certainly be rejected by that body.  Of course, Pelosi and others know full well that’s the coming fate of the Reconciliation bill. Instead of immediately DOA, the bill’s death will be delayed a couple more weeks. But dead is dead, now or then.

The outcomes of the perfidy delivered by Biden, Manchin, and Pelosi to their party’s own progressive wing—now in total disarray–are predictable:

First, the corporate friendly (no tax hikes) $550 billion Infrastructure bill has passed, leaving the $1.75T corporate unfriendly (requires tax hikes) Reconciliation bill DOA. It is highly unlikely any measures in the Reconciliation bill (including climate change investments) will now pass Congress any time soon.  In fact, voices are growing within the Democrat party leadership saying the party should forget any new stimulus and start talking about other issues—like schools, immigration, etc.—in the run up to next year’s 2022 midterm Congressional elections.

Second, Biden and corporate Dems may think the $550B Infrastructure bill will make the difference in next year’s 2022 midterm elections.  They are mistaken. Infrastructure spending will not even begin impacting the US economy until late next year. Meanwhile, no further safety net or household friendly program spending means little or no stimulus for the economy over the next year.

Third, what last week’s events in Congress further represent is the end of the fiscal social spending era by Congress. The coming months will be a transition period to an eventual return to austerity in social spending programs.