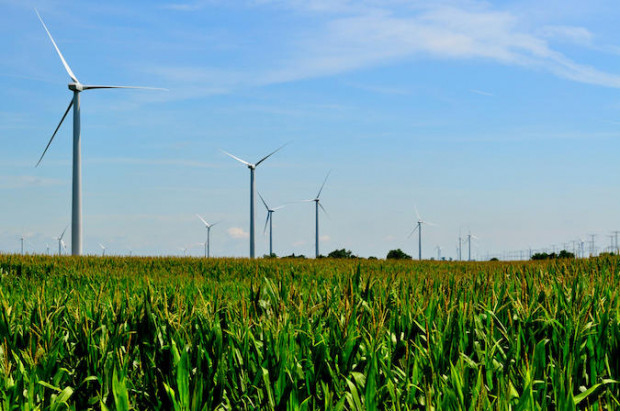 Electricity Cooperatives Paving The Way For A Renewable Future

That’s exactly how the cooperative system is supposed to work, he added. It’s an example of a core tenant of electricity cooperatives: sharing ideas. “It’s a mission. It’s time for us to learn from them and do what they are doing.” Woolery said. Wynn signs on to this philosophy too. In 2017, he wrote an open invitation for any other co-op to copy the program.

“It is really hard to argue against energy efficiency,” Woolery says, adding that it’s all about economic development. “We want to create jobs and opportunity and wealth that stays in Appalachia, because so much has been extracted from it.”

So far, How$martKY has funneled $2.5 million to local contractors for performing efficiency upgrades on homes, but the program hasn’t reached the same scale as in Roanoke. Still, he’s worked with organizations from California to Arkansas to develop similar programs. He testified on behalf of the program at the Kentucky state legislature in the city of Frankfort.

Most recently, Woolery went to the Lausitz region of Eastern Germany for a summit on how coal communities can transition to renewable energy. He says he toured defunct coal mines that were turned into historical sites and monuments. “I expected a two-way exchange, but we were really there to see and hear,” he says. “We saw strip mines turned into lakefront properties, century old plants turned into cultural centers and hubs for the community.” He says it was inspiring.

The German Energiewende, or energy transition, is a case-study in how local communities can drive renewable development. In 2013, the citizens of Hamburg voted to return private control of utilities to the local government. The citizen group “Our Hamburg – Our Grid” organized the referendum. A year later in 2014, Germany passed the Renewable Energy Sources Act, which subsidized the production of wind and solar energy through a feed-in tariff system. The initiative spurred rooftop solar installation and allowed environmentally conscious co-ops to bankroll wind and solar projects while creating jobs. Woolery sees energy efficiency projects in Kentucky as the beginning of a regional transition to renewable energy system like Germany’s. He said that the on-bill financing program is a “foot in the door,” to renewable energy and points to places like the city of Benham as examples of how it can work.

Benham, a small town of 500 or so people in eastern Kentucky, has been in the news recently because its coal museum just installed solar panels. But its energy transition programs are much broader than headlines suggest. Established by International Harvester, a mining company, as a Cadillac coal camp in 1909, Benham was built to house company employees. Carl Shoupe, a local resident, says it was one of the premiere coal camps in mid-twentieth century Kentucky. Shoupe is a veteran and moved to Benham to work in the mines after the Vietnam War. Today, Shoupe serves on the Benham Power Board, a very different sort of utility from the traditional large investor-owned companies.

Statue of coal miner in Benham, Kentucky via Wikimedia Commons

Benham became a city in the 1960s, when the coal companies closed up shop. A few of the residents formed a small government and decided to establish their own community-run power board. Today, there are 300 customers in the town, many living in mainly single family homes built when coal power was abundant and homes didn’t need to be as efficient. Over the years, as the rural economy declined, and homeowners couldn’t pay for needed upgrades on their homes. “The homes aren’t well insulated,” Shoupe says. “I mean, you could throw a cat through some of the walls.”

As with Roanoke Electric’s members, Benham’s homeowners pay high rates for power — some spend more on electricity than they do on their mortgage. Woolery says he saw one homeowner’s electric bill which was $1,400. “You can imagine how difficult it is to come up with that,” he says.

With help from Kentuckians for the Commonwealth and other community groups, the Benham Power Board launched its own energy-efficiency program called Benham$aves. It’s a fledgling program. The model is similar to the on-bill financing program: Local contractors are hired to check for efficiency upgrades. Shoupe says it’s saving customers hundreds of dollars. The board has found roughly two dozen eligible homes, but the community is raising money to pay for even more. “We are here to serve our community and help them as best we can. We saw so many people struggling, good people,” he says.

Similar programs have launched around the U.S. In February of 2016, Arkansas utility regulators approved a tariff on-bill financing plan developed by the Ouachita Electric Cooperative in a unanimous decision. Norma O’Neal works with the members of Ouachtia Electric, and she says that many members are cutting their energy usage in half.

“We are in a very depressed part of the country,” O’Neal says. “It is a very tight market around here. Saying that, most of the people that we deal with can barely pay the bill much less cough up $8,000 or $10,000 to make their home efficient.” She says that the tariff program has been a huge help in reaching these members.

Ouachtia’s plan opens the door for adoption of similar programs across the state. Tammy Agard, the president of EEtility, an energy efficiency organization, said other co-ops are following. “The hardest part of this program is overcoming the skeptic that says it is too good to be true so therefore it must be a lie,” Agard says. “Nevertheless, because so many are participating and the savings are there, the skepticism will happen less and less. It happened in Ouachtia.”

Agard says that energy efficiency is needed much more on older homes, and the tariff model is the fastest way to convince homeowners that renewable energy will save them money. “When you are talking about ways to engage that consumer to get involved with solar or renewables, the only way to engage them is to show them how it is cost-effective to do it,” she says. “There is not any model that exists that is capable to do that kind of convincing that would outpace the tariff model.”

While electricity co-ops are pushing efficiency programs, others like the Community Power Network, based in Washington D.C., are advancing renewable energy production. Partnering with local organizations and governments, the co-op is organizing neighbors to facilitate the bulk installation of residential solar projects. They are working in Maryland, Virginia, West Virginia, Ohio, and Florida and plan to expand to more states. The organization is an offshoot of Community Power, a buying co-op developed in 2007, the brainchild of a few dozen people in the Mt. Pleasant neighborhood of Washington D.C. Ben Delman, who manages communications for the group, says that now many communities are reaching out for help. “The goal is to develop cooperatives across the states,” he says.

What is holding electricity co-ops back? Delman says that different states have established very different markets, and they can be tricky to navigate. Building strong solar co-ops depends on rules and regulations. “State policy heavily impacts the growth of these groups,” he says. “The benefit of our model is as we are working together with co-ops, we are creating a community around solar and they can fight for better policy,” Delman says. “That’s what we have seen here in D.C. with the first group. Before they went solar, they had to push for policy changes in D.C. We’ve worked in other states to push policy.”

One big obstacle is that the energy grid is controlled by large utilities and energy corporations that have a vast centralized power. Al Weinrub, the coordinator of the Local Clean Energy Alliance in California, says that a decentralized energy system could stimulate local economic development and create clean-energy jobs. Weinrub sees vast potential in urban areas with high unemployment and depressed, formerly industrial communities.

In 2010, he wrote an influential policy paper titled “Community Power: Decentralized Renewable Energy in California,” in which he argued that to meet the challenges of renewable energy, local economies and communities need to change. He says everything is on the table: “How we utilize resources, and how our local, state, and federal governments address energy issues.” The cooperative structure can still be polarizing, according to Taylor. Co-ops need to be more vocal about issues beyond clean power, like the benefits of membership and governance. Taylor doesn’t see a national strategy for electricity cooperatives developing yet.

It’s true that co-ops can contribute to community development, but governance could use some rejiggering. He says that co-ops need to make sure that their members are not only being engaged to enhance the organization, but also inspiring people to get involved in government and other institutions by developing good civic habits. “We can lead a renaissance in community economic development,” Taylor says. “The new business opportunities are not just new jobs. It is power. Real legitimate power. Grab onto the renewables. Run with it. Invest the profit back into the community. Electric cooperatives can be a real solution, and they have the capacity.”