Since Britain voted to leave the E.U. in 2016, the country has witnessed an alarming spike in rightwing hate crime. Many are now warning that the “febrile” atmosphere escalating around Brexit as leaders struggle to come to an agreement could be further exploited by far-right extremists.

Though it’s not just Britain that is seeing a surge in far-right populism. Rightwing protests fueled by anti-immigrant sentiment are hounding Germany’s streets. Sweden’s once fringe far-right party, the Sweden Democrats, are rising in popularity threatening to stop asylum seekers coming into the country. Hungary, Poland, Austria and Finland are all experiencing a reactionary surge.

By contrast, such rightist torment is largely absent in Portugal, a country led by a socialist prime minister, which is now being hailed as “an oasis of stability” amid Europe’s rightward lurch. Portugal’s successful left-wing renaissance is being driven by reformist policies committed to stamping out the austerity that has crippled public services in Portugal and southern Europe for years.

It should be an encouraging lesson to Brexit-embattled Britain and much of Europe, where ongoing austerity cuts to welfare and public services continue to push services to the limit while hitting the poorest and most vulnerable the hardest.

The Rise of the Portuguese Communist Party and the Ecologist Party

In October 2015, Portugal’s center-right Social Democratic Party coalition government, which had ruled the country since 2011 and executed a harsh program of austerity, came first in the elections, winning just 38.6% of the vote. Passos Coelho was reappointed prime minister, but his reign was short-lived when António Costa formed an alliance with other leftist parties known as the Left Bloc. By Nov. 10, 2015, that coalition constituted a new majority in Parliament, toppled the government and Costa was elected Portugal’s new PM.

In the three years since, Costa’s government has nurtured healthy economic growth following a decade of recession and stagnation. By 2016, Portugal’s deficit had fallen from 4.4% of gross domestic product in 2015 to just 2.1%, beating the 2.5% GDP target set by the E.U. As the Financial Times reports, Portugal is now experiencing its lowest budget deficit in more than 40 years, “a landmark that Lisbon hopes will see the E.U. lift the threat of financial sanctions against the former bailout country for breaking the bloc’s fiscal rules.”

Exports are also booming in Portugal, with investment in the nation’s export sector doubling in 2017 and hitting a record high. Reuters journalist and columnist Sergio Goncalves wrote, “The record money flowing into Portugal’s export-orientated industrial, services and technology sectors represents a big shift for the economy by diversifying its growth drivers after a 2011-14 debt crisis and lagging behind Europe for years.”

The economic vista is so buoyant that in 2017 the European Commission removed Portugal from its excessive deficit list where it had lingered since 2009. And as the country’s economy gets rosier, so do the people of Portugal. Porto, north of Lisbon, was voted by The Telegraph as one of the best places in the world to live the good life.

“We weren’t built to handle so much happiness,” columnist Miguel Esteves Cardoso wrote in the daily Público newspaper.

Yet Prime Minister Costa’s advancing economy is being achieved while simultaneously stamping out the austerity program inflicted by his predecessors. “We’ve been able to keep all our promises to the Portuguese people. We’ve turned the page on austerity… we’ve shown an alternative is possible and we’ll keep building that alternative,” Costa said in 2017 when his budget gained parliamentary approval.

Since coming to power, Costa dissolved many of the austerity measures that had tainted the country for years, including cuts to pensions and salaries. The steps have been cited for helping foster private consumption and thereby cultivating economic growth.

“This year, we’re going to have the biggest economic growth ever registered in the 21st century,” Costa told supporters at a political rally in 2017.

With libraries boarded up, lengthy waiting times for surgery and doctor appointments growing longer, and local police stations being replaced by new residential flats, one must only take a walk through many of Britain’s impoverished towns to see that eight years of austerity isn’t working.

Like Portugal, austerity measures were introduced in the U.K. in late 2008, following the financial crisis of 2007-08. The “age of austerity” was a term popularized by then-Prime Minister and Conservative party leader David Cameron; in a speech given to his party in 2009, Cameron committed to ending years of what he referred to as excessive government spending, and declared that the “age of irresponsibility is giving way to the age of austerity.”

Unlike Portugal, Britain is still in the crippling throes of this unsmiling era, with the weak, the vulnerable and the poor bearing the brunt of the government’s failed attempt to eliminate the budget deficit through substantial reductions in public expenditure. That is to say, with deep spending cuts coupled with comparatively small increases in tax. As a result, the cost of living continues to rise, social services weaken and poverty and inequality escalate.

Portugal gave a socialist leader a chance to inaugurate the economic and social change the country desperately needed. Several years down the line, even voters who didn’t particularly trust or like António Costa are starting to believe in him. As Britain continues to endure Brexit bedlam and economic deadlock, the country could learn much from Portugal’s socialism success story. 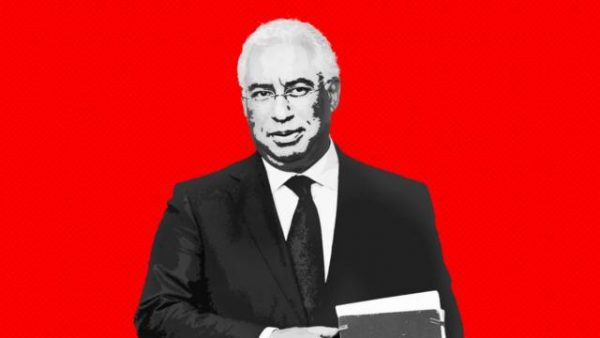