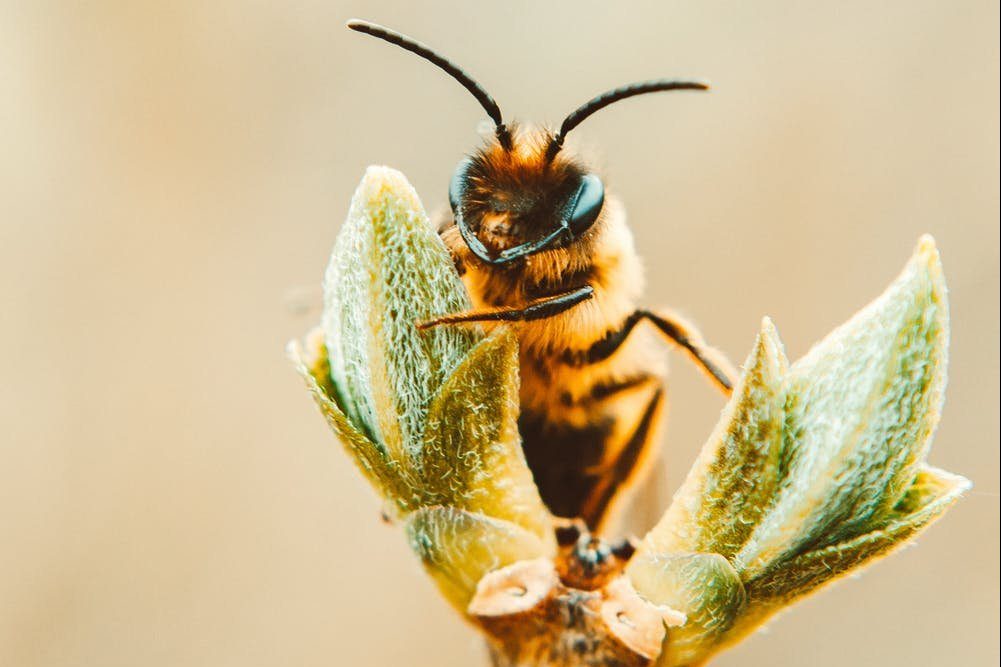 How Native Americans Are Keeping The Bees Alive

Honeybees are a declining population. Indeed, between October 2018 and April 2019, commercial beekeepers reported a loss of 37.7% of the managed honeybee population.  There are a plethora of reasons that can explain the rapid decline of the honeybee numbers, such as the varroa mite entering hives and spreading diseases, loss of habitat, pesticide exposure, and poor management practices.

That being said, the good news is that Native American tribes are joining the government to turn the situation around. Also, there’s a lot you can do to help save the most important pollinators in the world and the billion-dollar crops they aid every year. Yet, this is just the tip of the iceberg of this complex topic that is paramount for humans, flora, and fauna. Read on to learn more about how Native Americans are doing their part to keep the bees alive.

Because the native bees don’t produce honey, they are mostly disregarded by most people. Moreover, 90% of the native species don’t live in hives, but in holes in the ground and trees. Another big difference between these bees and honeybees is that native species are highly specific when it comes to pollination and only do it on certain vegetables. For example, a recent study on the squash bee showed that they are experts in pollinating plants such as zucchini, squash, and pumpkins, but can’t feed on other species and flee if they can’t find their food.

With modern farming techniques, diversification of crops, and industrialization of processes, bees are running out of food and spaces to form their hives or even find shelter. Here is where Native Americans, who understand why bees are beneficial, and the importance of bee species to sustain the ecosystem, come in to save the day. Let’s take a look at the most relevant initiatives currently happening in the USA by Native American Tribes.

The Cherokee Nation’s heirloom garden is home to more than 200 traditional plants as well as 26 different crops. These plants have been used by the Cherokee people for hundreds of years for medicinal and ceremonial purposes. As a part of keeping this holy place green and lush, the Cherokee people received new hives from the Sponsor-a-Hive program. These can provide shelter for over 4,000 local bee species to proliferate. These local pollinators prefer local species to feed on; therefore, it is a win-win situation.

The Ioway Bee Farm is an initiative by the Iowa Tribe of Kansas and Nebraska. It was founded in 2016 after the tribe followed the idea of the tribal leader and beekeeper and purchased a single hive. By 2019, the operation had grown to 54 hives and over 2 million bees. With that infrastructure, the farm produced over 1,100 pounds of honey per year.

As a side effect of this lucrative endeavor, the Iowa Tribe managed to enhance the results of their regenerative agriculture techniques. Plus, through social media exposure, sales went up and the hive count is still on growth helping honeybees and local bees grow their communities too.

As a part of this initiative by NCAI, tribal leaders were granted a place to form a forum and share best practices. The government effort doesn’t leave bees out of the equation. Moreover, it also involves up to 90% of the payment rate for the losses due to bad weather, disease, or other adverse conditions on current hives.

What Can You Do to Help?

Besides the large-scale initiatives, here are some simple activities you can do that can also help the welfare of native bees. For example, you can plant some pollinator-friendly native plants in your backyard. Another great activity you can do to help is to follow proper bee-protection techniques when using pesticides to avoid poisoning. Also, nesting is a big issue for bees, so by providing nesting resources for them, you’ll be helping them by giving them a home or a place to stop by. Finally, and in line with what Native Americans are doing to protect them, you can help do habitat restoration to ensure that the bees will thrive.

Bees are a core part of our ecosystems and need to be treated as such. Honeybees are declining each year, joining the problem of local bees facing extinction due to changing landscapes, industrial farming, global warming, pesticides, and being neglected because they are not part of the honey or pollinating industries. Native American tribes are doing their part to help to restore their natural habitat and allow population growth for local and honeybees. Comprehending that bees are a quintessential element of any habitat is crucial to make your part in change too. There’s no future without bees, so help Native American tribes to make this a better and safer world for the bees.