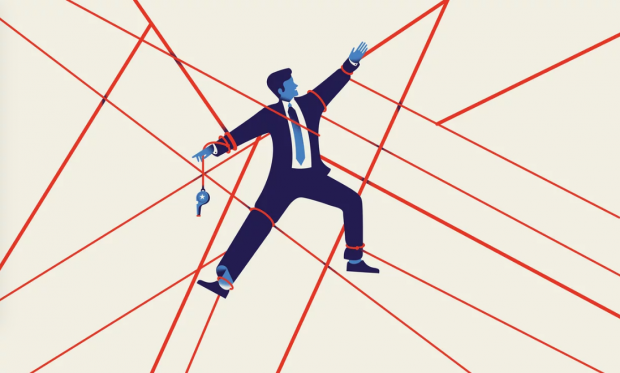 How The Pentagon Punished NSA Whistleblowers

Above Photo: Illustration by Nathalie Lees

Long before Edward Snowden went public, John Crane was a top Pentagon official fighting to protect NSA whistleblowers. Instead their lives were ruined – and so was his

By now, almost everyone knows what Edward Snowden did. He leaked top-secret documents revealing that the National Security Agency was spying on hundreds of millions of people across the world, collecting the phone calls and emails of virtually everyone on Earth who used a mobile phone or the internet. When this newspaper began publishing the NSA documents in June 2013, it ignited a fierce political debate that continues to this day – about government surveillance, but also about the morality, legality and civic value of whistleblowing.

But if you want to know why Snowden did it, and the way he did it, you have to know the stories of two other men.

The first is Thomas Drake, who blew the whistle on the very same NSA activities 10 years before Snowden did. Drake was a much higher-ranking NSA official than Snowden, and he obeyed US whistleblower laws, raising his concerns through official channels. And he got crushed.

Drake was fired, arrested at dawn by gun-wielding FBI agents, stripped of his security clearance, charged with crimes that could have sent him to prison for the rest of his life, and all but ruined financially and professionally. The only job he could find afterwards was working in an Apple store in suburban Washington, where he remains today. Adding insult to injury, his warnings about the dangers of the NSA’s surveillance programme were largely ignored.

“The government spent many years trying to break me, and the more I resisted, the nastier they got,” Drake told me.

Drake’s story has since been told – and in fact, it had a profound impact on Snowden, who told an interviewer in 2015 that: “It’s fair to say that if there hadn’t been a Thomas Drake, there wouldn’t have been an Edward Snowden.”

But there is another man whose story has never been told before, who is speaking out publicly for the first time here. His name is John Crane, and he was a senior official in the Department of Defense who fought to provide fair treatment for whistleblowers such as Thomas Drake – until Crane himself was forced out of his job and became a whistleblower as well.

His testimony reveals a crucial new chapter in the Snowden story – and Crane’s failed battle to protect earlier whistleblowers should now make it very clear that Snowden had good reasons to go public with his revelations.

During dozens of hours of interviews, Crane told me how senior Defense Department officials repeatedly broke the law to persecute Drake. First, he alleged, they revealed Drake’s identity to the Justice Department; then they withheld (and perhaps destroyed) evidence after Drake was indicted; finally, they lied about all this to a federal judge.

The supreme irony? In their zeal to punish Drake, these Pentagon officials unwittingly taught Snowden how to evade their clutches when the 29-year-old NSA contract employee blew the whistle himself. Snowden was unaware of the hidden machinations inside the Pentagon that undid Drake, but the outcome of those machinations – Drake’s arrest, indictment and persecution – sent an unmistakable message: raising concerns within the system promised doom.

“Name one whistleblower from the intelligence community whose disclosures led to real change – overturning laws, ending policies – who didn’t face retaliation as a result. The protections just aren’t there,” Snowden told the Guardian this week. “The sad reality of today’s policies is that going to the inspector general with evidence of truly serious wrongdoing is often a mistake. Going to the press involves serious risks, but at least you’ve got a chance.”

Snowden saw what had happened to Drake and other whistleblowers like him. The key to Snowden’s effectiveness, according to Thomas Devine, the legal director of the Government Accountability Project (GAP), was that he practised “civil disobedience” rather than “lawful” whistleblowing. (GAP, a non-profit group in Washington, DC, that defends whistleblowers, has represented Snowden, Drake and Crane.)

Crane, a solidly built Virginia resident with flecks of grey in a neatly trimmed chinstrap beard, understood Snowden’s decision to break the rules – but lamented it. “Someone like Snowden should not have felt the need to harm himself just to do the right thing,” he told me.

Crane’s testimony is not simply a clue to Snowden’s motivations and methods: if his allegations are confirmed in court, they could put current and former senior Pentagon officials in jail. (Official investigations are quietly under way.)

But Crane’s account has even larger ramifications: it repudiates the position on Snowden taken by Barack Obama and Hillary Clinton – who both maintain that Snowden should have raised his concerns through official channels because US whistleblower law would have protected him.

By the time Snowden went public in 2013, Crane had spent years fighting a losing battle inside the Pentagon to provide whistleblowers the legal protections to which they were entitled. He took his responsibilities so seriously, and clashed with his superiors so often, that he carried copies of the Whistleblower Protection Act of 1989 and the US constitution in his breast pocket and pulled them out during office conflicts.

Crane’s attorneys at GAP – who were used to working with all types of government and corporate whistleblowers – were baffled by him: in their experience, most senior government officials cared little for whistleblowers’ rights. So what motivated Crane to keep fighting for the rights of whistleblowers inside the Pentagon, even as his superiors grew increasingly hostile and eventually forced him to resign?

To hear Crane tell it, the courage to stand up and fight runs in his family. He never forgot the story he heard as a child, about his own grandfather, a German army officer who once faced down Adolf Hitler at gunpoint – on the night the future Fuhrer first tried to take over Germany.

A former press aide to Republican members of Congress, John Crane was hired by the Inspector General’s office of the Department of Defense in 1988. Within US government agencies, an inspector general serves as a kind of judge and police chief. The IG, as the inspector general is known, is charged with making sure a given agency is operating according to the law – obeying rules and regulations, spending money as authorised by Congress. “In the IG’s office, we were the guys with the white hats,” Crane said.

By 2004 Crane had been promoted to assistant inspector general. At the age of 48, his responsibilities included supervising the whistleblower unit at the Department of Defense, as well as handling all whistleblower allegations arising from the department’s two million employees (by far the largest workforce in the US government), in some cases including allegations originating in the NSA and other intelligence agencies.