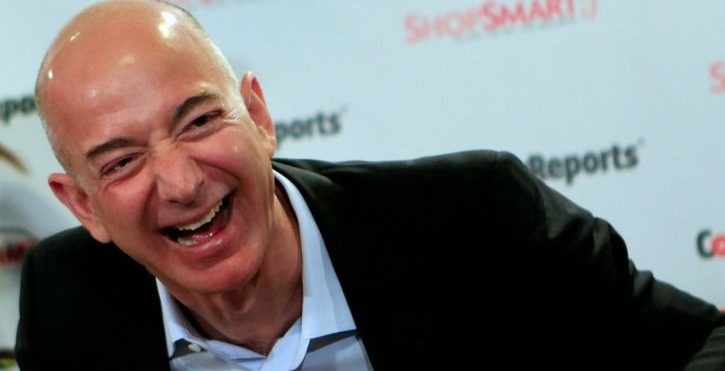 How The Toothless IRS Lets The Rich Off Easily

The amount of additional taxes that the richest Americans owed after the IRS audited their tax returns fell more than 99% in Donald Trump’s first full year in office, data tables released this week show.

Among households making on average $30 million in 2018, IRS auditors recommended less than $5.4 million in additional tax.

That’s not the extra tax owed by one rich tax cheat. That’s the total for all 26,517 households reporting income of at least $10 million in 2018—the first year of the huge tax giveaway Trump and the Radical Republicans in Congress engineered in the Tax Cuts and Jobs Act of 2017.

The recommended additional tax under Trump fell 99.1% from the $610.4 million that tax auditors recommended in 2010, Barack Obama’s first full year as president.

Even that 99.1% drop from 2010 to 2018 severely understates the collapse of tax law enforcement among the best off among us. That’s because the number of households making $10 million or more nearly doubled during those years from 13,32 to 26,517.

Despite that huge increase in wealthy taxpayers, the number of completed audits of these very high-income Americans collapsed, from 2,605 to just 38.

Looked at another way, in round numbers, audits of wealthy Americans plummeted from 1 in 5 to just one in 700.

Such low risk of audit encourages the wealthiest Americans to play audit roulette. That’s a tax game in which people understate income or, more often, overstate deductions figuring they have little risk of getting caught.

Those who do get caught often negotiate to pay the tax, interest and a penalty with no public record of their misconduct. This policy of settling, many times for dimes on the dollar, enables future tax cheating, especially by people in positions of trust such as financial executives and personal managers.

I calculated the numbers in this report from the IRS 2020 Data Book, which the service released Thursday after a month-long delay. Each year for decades, I have analyzed the numbers in the annual Data Book and other reports, consistently finding less and less tax law enforcement, especially at the top of the income ladder.

Charles Rettig, the Beverly Hills tax avoidance lawyer who Trump appointed IRS commissioner, told the Senate Finance Committee in April that tax cheating has become rampant. “It would not be outlandish to believe that the actual tax gap could approach, and possibly exceed, $1 trillion per year,” he testified.

A trillion dollars of individual income tax owed but not paid would be well more than twice the official IRS “tax gap” estimate of $381 billion, about 70% from individual income taxes. Corporate profits, payroll and other taxes make up the rest of the gap. You can learn what the tax gap is and how it is measured here.

Rettig, in his testimony, made a point that I have made for years – the official tax gap is a low-ball estimate. I’d be surprised if the tax gap isn’t at least a trillion dollars.

It relies heavily on surveys of what people say about how honestly they file their taxes. Those responses wouldn’t include major league tax cheats or people advised by some of the most crafty accountants and lawyers in America and abroad, as revealed by the Panama Papers and the Paradise Papers exposes of tax cheats and their advisers.

Fewer audits among people who rely on wages and wage-like income such as pensions make sense because employers, pension plans and others verify the income people report on their income tax returns. In addition, under the Trump/Radical Republican tax law changes that took effect in 2018, only one in 13 taxpayers can even itemize deductions. In short, for most working Americans, opportunities to cheat no longer exist.

However, among the $10 million and up group, less than one dollar in five is verified as wages or pensions, my annual analysis of IRS Table 1.4 shows.

Congress trusts these high-income taxpayers, many of whom own businesses, to fully and honestly report their income and only take lawful deductions. Without many more audits, however, who knows.

Auditing only 38 out of more than 26,000 tax returns filed by the wealthiest Americans tells us next to nothing about their propensity to cheat.

The IRS cuts in hunting for tax cheats were far less severe for the working poor.

The amount of additional tax the working poor owed after audits fell by two-thirds under Trump, although that may reflect that about a third of these audits were still in process at the end of the federal budget year. In 2010 under Obama, that was true for just 11 out of almost a half-million audits of the working poor.

When we get the data for 2019 and 2020, it will almost certainly show an even more appalling record of favoritism to wealthy tax cheats.