How The Weapons Of White Supremacy Wiped Out The Afro Argentines

The easiest way to understand a complex system like white supremacy is to see that system in action. When it comes to the multifaceted system that is white supremacy, we should look at a nation that has used the weapons of white supremacy to remove Blacks from their population: Argentina

In 80 years, Argentina reduced the Black population from almost half of the overall population to less than 4 percent using very specific weapons of white supremacy.

Weapons of White Supremacy At Work

According to records, African slaves first arrived in Argentina in the 1500s. They joined millions of other slaves across the Americas who were forcibly removed from their homelands to toil in Argentina under white masters.

In places like Brazil, Guyana, and Geechee Country, Black Africans grew to become the majority racial group in the area. Argentina was the same.

In fact, by the late 1700s, the Black population had grown to almost half the population in some areas, including Santiago del Estero, Catamarca, Salta and Córdoba. In the capital city of Buenos Aires, Blacks were 1/3 (33%) of the city’s population.

Yet today, Afro Argentines have virtually vanished. How? What happened to all the Afro-Argentines?

In 1813, slavery – a weapon of white supremacy known as fraud – was officially abolished. When slavery ended, Africans were no longer useful to the whites of Argentina, and a systematic campaign of Black genocide began.

White rulers found their first opportunity to eliminate the Black population in the deadly war against Paraguay from 1865-1870. And it is here that we see both the weapons of murder and prosecution at work.

Domingo Faustino Sarmiento – the white and then President of Argentina – enacted laws to forcibly draft Blacks into the Army to fight. The Army units that Black troops were assigned to were given inferior weapons, no support, and less than basic training before being sent on suicide missions.

Predictably, hundreds of thousands were killed in combat. 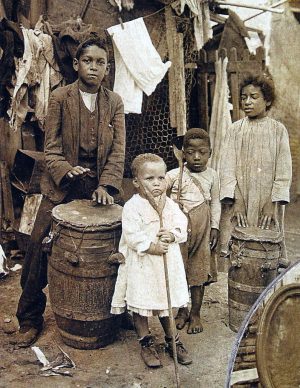 The Black population that was not off fighting in wars lived in miserably poor conditions. Their streets and alleys were piled high with garbage and both human and animal waste.

The living conditions for Afro Argentines were prime grounds for disease. So when a yellow fever outbreak struck the country in 1852, 1858, 1870 and 1871, the Black population was struck the hardest. In places where the daily death rate was less than 20, there were days that killed more than 500 people.

In this case, the infection was used to further decimate the Black population of Argentina.

Infection is defined as ‘exposure to disease’, and is a tactic used by white supremacists since the dawn of their civilizations. Notably, outside of Argentina one historian wrote, “there is no doubt that British military authorities approved of attempts to spread smallpox among the enemy”, and “it was deliberate British policy to infect the [Native Americans] with smallpox”. (Source)

According to this International Business Times article:

“The heavy casualties suffered by black Argentines in military combat created a huge gender gap among the African population – a circumstance that appears to have led Black women to mate with whites, further diluting the Black population.”

And Liberty Writers had this to say:

This was a very trying time for the African community. More African women were made to marry and mate white Argentines, and this diluted the color and genes of the Africans who remained. And this was to be continued over the decades, to completely dilute African genes.

This process of miscegenation – defined as the mixing of the races –  combined with the other weapons of white supremacy – decreased the Black population so fast that by 1895, the government did not even bother registering African-descended people in the national census.

Argentina had finally become a white nation. In fact, according to the CIA World Factbook, Argentina is the “whitest” nation in Latin America today.

The conclusion of the destruction of the Blacks of Argentina was not completed by the whites of the country – it was finished by the Blacks themselves. 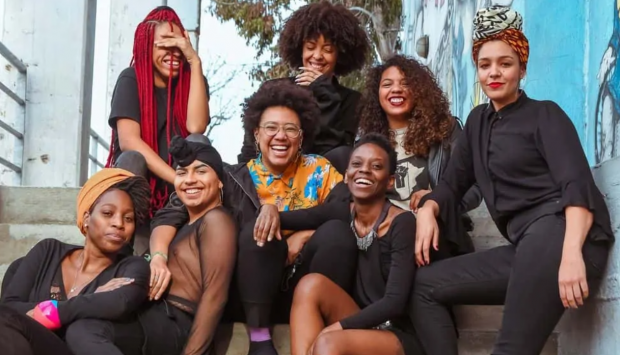 ‘There Are No Blacks Here’

Integration is defined as ‘the process by which one culture subordinates itself to that of another culture’.

Even though there are an estimated 1 million Black Argentines alive today, few claim Black as their race because Africans are perceived to be “undeveloped and uncivilized”. Miriam Gomes, a professor of literature at the University of Buenos Aires explained that almost no one in Argentina with Black blood in their veins will admit to it. “Without a doubt, racial prejudice is great in this society, and people want to believe that they are white,” she said. “Here, if someone has one drop of white blood, they call themselves white.”

Gomes also told the San Francisco Chronicle that after many decades of white immigration into Argentina, people with African blood have been able to blend in and conceal their origins. “Argentina’s history books have been partly responsible for misinformation regarding Africans in Argentine society,” she said. “Argentines say there are no Blacks here. If you’re looking for traditional African people with very black skin, you won’t find it.”

Campaigns of miseducation and integration are still taking place in Argentina as an effort to erase Argentina’s Black problem for good.

Similarly, in the United States, many so-called American Descendants of Slaves and other groups like the Moors and the Hebrew Israelites are refusing to call themselves Black or identify with their African roots.

They Didn’t See It Coming

Slavery was indeed a tragedy, but could the worst be yet to come? Is it possible that another Black genocide or holocaust could happen again?

Here in the Americas and in Europe, many of us Blacks may find it hard to believe that such a fate could befall us. But imagine living in a country for generations. Settling in. Building homes and businesses and raising families. Imagine hundreds of years of progress. Then imagine all of it being wiped away in less than 20 years.

That is exactly what happened to 6 million Jews in Germany under Adolf Hitler. Now ask yourself this question: what if Hitler had artificial intelligence, every piece of information on Jews he targeted with social media and controlled the world’s economy?

Far from being fantasy, millions of Muslims and minorities in China have been quietly rounded up, placed in concentration camps, killed, and – in some cases – have had their organs harvested.

And now that China has opened Pandora’s Box, the rest of the world will not be far behind. Just as the deployment of the first nuclear weapon led to a cold war and arms race, the deployment of these new tools for mass surveillance and extermination will predictably lead to a new age of terror.

As Black and conscious men and women, it becomes our mission to Identify all of the weapons of white supremacy that are being used against our people and to develop strategies to counter them.

Pay attention to current events in the news, and share with those closest to you how these weapons have been deployed against us.

Hitler chose to play the ‘short game’ by killing off his enemies outright. White supremacists today play the long game by using a number of different weapons to solve their ‘the Black problem’.

Learn from the millions of Black Argentines that lost their minds and lost their lives. They didn’t see their own destruction coming. If we don’t keep our eyes open, we won’t see it coming either.