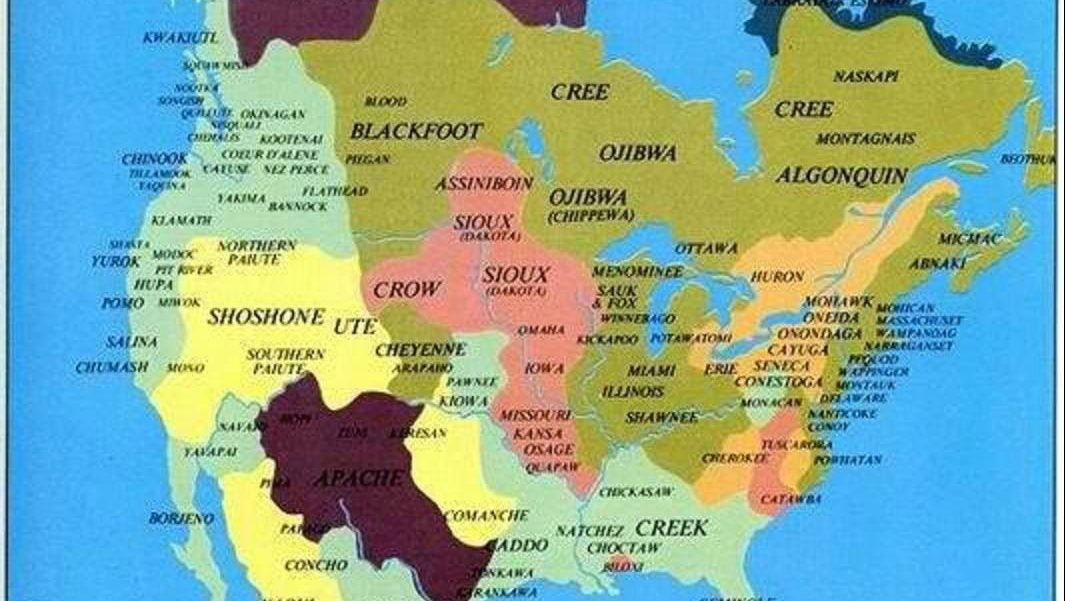 How To Have A Guilt-Free Thanksgiving

Note: The Thanksgiving Myth is one we have covered often on Popular Resistance because this founding myth — of friendship between the Indigenous peoples and the colonizers — is a falsehood that we should not celebrate. The reality is colonizers from Europe came to lands where tens millions of people lived, had formed tribal governments and were thriving in their own creative culture. Colonizers dehumanized them as part of stealing their land and ethnically cleansing them from the continent, justified in a religous-based ethnic cleansing of white supremacy. The Indigenous fought back in resistance and still continue to resist today.

This is not a history that should be celebrated but one that we need to understand and for which we should feel deep remorse, embarrassment and sorrow. Until we face up to the scourage of the ethnic cleansing of the Indigenous and the twin crime of the enslavement of African peoples brought to North America against their wishes as property of the colonizers, we will not be able to go forward into a more positive history. Reparations must be made, truth and reconciliation must be realized — celebrations of the myth must end.

For more of our articles on Thanksgiving vist this link.

Millions of people over the US will be gathering on Thanksgiving to share a meal together and to give thanks for the people and the blessings in their lives.  As you gather, it’s important to think about the meaning of this celebration and to challenge the received myths about this problematic holiday.

While some form of harvest celebration is found in most cultures, the historical circumstances of Thanksgiving in the US are deeply intertwined with the oppression and genocide of the indigenous peoples by the settlers.

The anthropologist Levi-Strauss suggests that myth is an attempt to create an imaginary resolution of a real, intolerable contraction. What this means in this context is that the foundational myth of the United States around Thanksgiving  (with its notions of sharing, generosity, mutual aid, cooperation with indigenous peoples) attempts to paper over the origins of a violent colonial settler state based on its very opposite (greed, plunder, dispossession, atrocity, war, and genocide of the indigenous peoples).

A myth in this sense functions like a (collective) dream: it allows the expression of the stresses, strains, tensions, and contradictions in our lives, while masking them through self-deception: distortion, displacement, compression, condensation, and inversion.

Here are the facts: there was indeed some sort of meeting between the Pilgrims of the Plymouth Plantation and the Indigenous Wampanoag/Pokanoket in 1621.  It may have involved food. It was most likely a political negotiation of a treaty of cession.  It was not a thanksgiving in any sense of the term, as a religious ceremony of Thanksgiving would not have involved “barbarous heathen”.

In 1637, there was indeed a “Thanksgiving celebration”.  This was actually the celebration of the massacre of the Pequot original people.  In a story that loops back endlessly from Afghanistan, to My Lai, to Jeju Island, to the first settlements, an armed party of colonists was sent to the Pequot to demand the heads of the “murderers” of an English slaver.  When the Pequot refused, war broke out, and the Pequot were massacred.  On the Mystic River, the colonizer soldiers from “the shining city on a hill”, set aflame a Pequot village that was celebrating a corn ceremony, burning to death over four hundred villagers.

The commander of the troops, John Mason, described the massacre thus:

Such a dreadful terror let the Almighty fall upon their spirits that they would flee from us and run into the very flames. Thus did the Lord judge the heathen, filling the place with dead bodies.

Those that escaped the fire were slain with the sword; some hewed to pieces, others run through with their rapiers, so that they were quickly dispatched and very few escaped. It was conceived they thus destroyed about 400 at this time. It was a fearful sight to see them thus frying in the fire…horrible was the stink and scent thereof, but the victory seemed a sweet sacrifice, and they gave the prayers thereof to God, who had wrought so wonderfully for them.

Survivors were tracked down and killed or sold into slavery:

The surviving Pequots were hunted but could make little haste because of their children….They were literally-run to ground…tramped into the mud and buried in the swamp.  The last of them were shipped to the West Indies as slaves.

The following day, Massachusetts Bay Governor, John Winthrop declared a day of Thanksgiving, signing into law, “This day forth shall be a day of celebration and thanksgiving for subduing the Pequots.”

The conflation of these two events, a treaty negotiation, and the celebration of a massacre is the dream-like “compression” or “condensation” that gives us our modern Thanksgiving. There is also a “displacement“ of attention from the event to an insignificant aspect of the meeting, the food, and the representation of atrocity by its opposite (“inversion”). There may have been later conflation with later Jamestown events and practices, as well as the confounding of Pilgrims and Puritans. To flesh out this oneiric rebus are added the traditional foods symbolizing theft, murder, and extermination.

The philosopher Louis Althusser refers to this collective defense mechanism as “ideology” (a representation of the imaginary relationship of individuals to their real conditions of existence).  One way ideology manifests is as a series of narratives and myths that maintain our worldview, that entrance and entrain us, and “interpellate” us into the values of the dominant system, reflecting to us an image of ourselves that is acceptable, integral,  ethical, and whole, while keeping us anaesthetized or asleep as to what is really happening, from noticing what is unacceptable, intolerable, unbearable, or unjust.

A critical consciousness entails a willingness to deconstruct the workings of power both in its political and cultural dimensions.  This entails efforts to “demechanize”, dishabituate ourselves from the narcotic entrancement, bewitchment, mystification of ideology.

So it’s possible to hold gratitude (for friends, family, relationships; the multitude of material or intangible blessings in our lives) and still be aware of the injustice, violence, devastation caused by the depredations of empire.

We can acknowledge the richness of our lives, and be aware of the sufferings of those who have been impoverished by the plunder, pillage, theft, exploitation, and slavery of capitalism.

Every bite of our meal comes at the cost of someone’s sweat and blood; our surplus comfort or wealth comes at the grinding cost of someone’s exploitation and the ravaging of the environment; the ground on which we step is the product of theft and dispossession; the very time to appreciate our blessings is a sweetness wrung out of the embittered, diminished lives of others.

In our meals as in our lives, we can taste the bitter and savor the sweet: the bitter pill of historical truth, the sweetness of our human ideals; the sorrow of our losses, privations, sufferings, the solace of our connectedness and humanity; the awareness that truth, and justice and gratitude are not incompatible.   We can embrace complexity, hold contradiction, see the totality in its numinous beauty and heart-breaking despair: the better to act with tenderness, compassion and courage, the better to leaven suffering without turning away; the better to seek out, nourish the small but sturdy roots of justice growing among the strewn graves and battlefields of empire, domination, chaos, capital.

Give thanks for what you love, treasure those you love, but above all, give your thanks and blessings to those who suffer, struggle, and fight so that some of us have the abundance to count our blessings.  And after you have given thanks, remember your duty to stay informed, to resist, struggle, accompany, and fight, so that you can continue to have something to be thankful for.  Here are some places to start (here, here, here, and here).