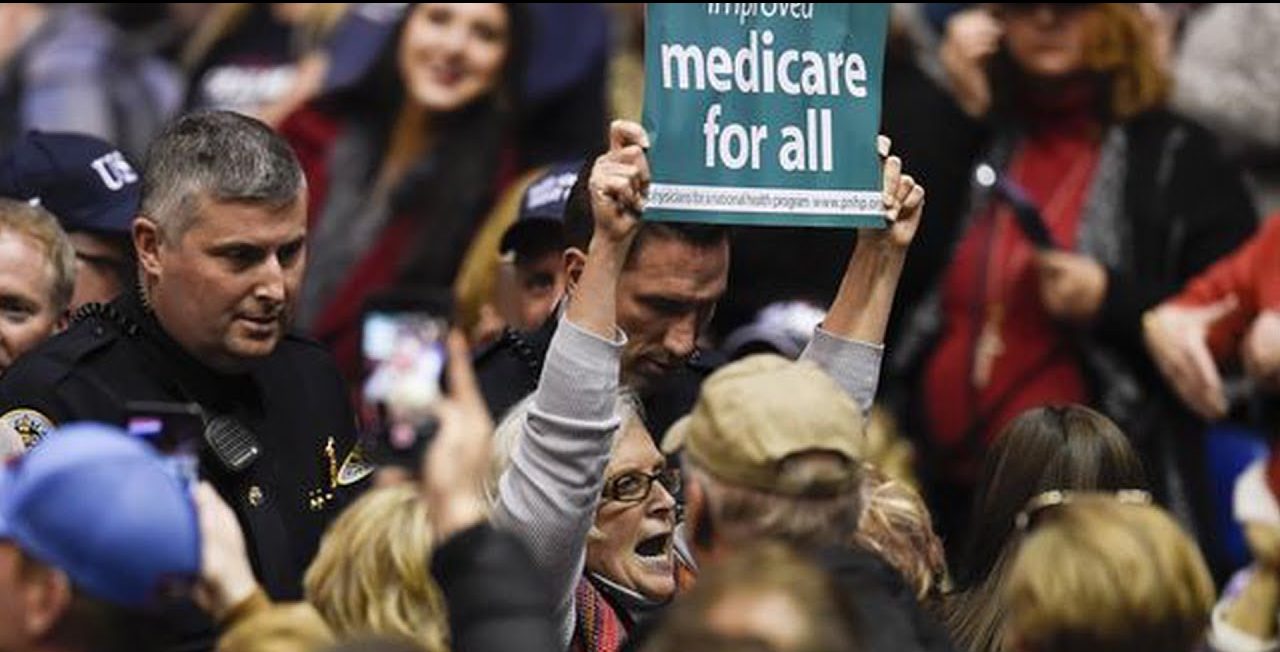 How To Make National Improved Medicare For All Inevitable

The national movement for improved Medicare for All is gaining momentum, which means that we have the real potential to win a national universal public health insurance and means that our opponents will double down on preventing this. We speak with Dr. Carol Paris, outgoing president of Physicians for a National Health Program.

We also cover recent news, including the successful anti-racist actions in DC, the recent verdict against Monsanto and an update on the UPS worker fight for a contract.

For a more in-depth discussion of the movement for national Improved Medicare for All and specifics on ways the opponents are fighting back, subscribe to Clearing the FOG on Patreon and receive our bonus show, Thinking it Through. Visit Patreon.com/ClearingtheFOG.

Monsanto Verdict not Possible without Activism and Alternative Media

Doctors say what they think about Medicare for All, by Dylan Vox

Mercatus Center Study on Medicare for All

Protect the Integrity of HR 676

Carol Paris is a recently retired psychiatrist who worked for more than 25 years in private practice, community mental health, prison psychiatry, and academia. In the course of her experience, much of which was in Maryland, she became an outspoken critic of the private-insurance-based U.S. health care system.

In May 2009, she and seven others stood up, one by one, at a U.S. Senate Finance Committee hearing on health care reform chaired by Sen. Max Baucus to ask why there wasn’t a single advocate for single-payer health care on the 41-member panel. In an action that received national media attention, Baucus had all eight peaceful protesters, including Dr. Paris, arrested. (Charges were eventually reduced, requiring only community service.)

Dr. Paris subsequently toured the country as part of the “Mad as Hell Doctors” campaign for single payer, and spent a year as a consultant psychiatrist in New Zealand, where she experienced a single-payer system firsthand. She currently resides in Nashville, Tenn., where her primary interests include strategic activism, recruiting and mentoring medical students and early career physicians for leadership positions within PNHP, and building coalitions to strengthen the single-payer movement’s impact on the national health care debate. Dr. Paris obtained her medical degree from West Virginia University School of Medicine.