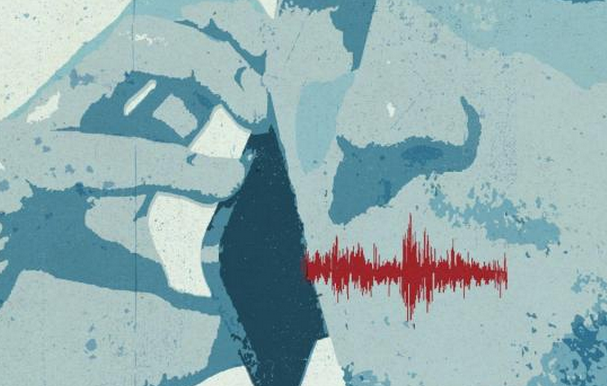 How U.S. Law Enforcement Is Working To Criminalize Dissent

It’s well established that the FBI surveilled civil rights and other activists from Martin Luther King Jr. to leaders of the National Lawyers Guild as part of its wide ranging COINTELPRO (counter intelligence program) during the 1960s and early 70s. The use of planted news stories, faked communications to create dissension within activist groups, informants to make dubious cases and even assassinations was revealed by a group of activists called the Citizens’ Commission to Investigate the FBI, who broke into a bureau office in Media, Pennsylvania, in 1971 and found ample evidence of the agency’s misdeeds. This is generally seen as an era of terrible government overreach in the name of fighting “communism.”

The problem is that the use of similar tactics has been discovered again and again in the years since. Following the anti-globalization protests of 1999, the 9/11 attacks, and the Occupy protests of 2011, similar strategies, enhanced by modern technology, have been ratcheted up and deployed against an ever-increasing number of activists and political groups of all ideological stripes as part of the even more dubious “wars” on drugs and terrorism.

Part of this is due to the fact that there simply aren’t enough real threats of terrorism to justify all the money and toys that have been given to U.S. law enforcement. Add to this the fact that police at all levels seem eager to see potential terrorism in even the mildest forms of dissent and you have a recipe for disaster. In one of the most recent instances, it was revealed that the FBI has been coordinating with local law enforcement to target the Black Lives Matter movement.

Another story, unrelated to current anti-racist organizing, is a bizarre case out of Minneapolis in the lead up to the Republican national convention in 2008. According to the City Pages, a Univ. of Minnesota police officer who was the department’s only officer on the local Joint Counter Terrorism Task Force worked with an FBI Special Agent to recruit college students who acted as paid informants at “vegan potlucks” hoping they’d discover activist plans to disrupt the city’s upcoming convention.

Extending the Long Arm of the Law

Joint Terrorism Task Forces (JTTFs), of which there are currently 104 located in cities and towns across the United States, were created in the 1980s and greatly expanded in the aftermath of 9/11. They were set up to coordinate between diverse federal agencies and local law enforcement, and often work in tandem with “Fusion Centers” that are supposed to collect and analyze data related to potential terrorism.

To see how these task forces can overstep their bounds, take the case of Eric Linsker, who police tried to arrest for allegedly trying to throw a trash can over the side of a walkway on the Brooklyn Bridge during the large, mostly peaceful protests that erupted in New York City following the failure to indict the officer whose choke-hold led to the death of Eric Garner. Other protesters intervened to stop the arrest but Linkser left his bag behind which, according to authorities, contained “his passport, three hammers, and a small amount of marijuana.”

While police may have been well within their rights to track down Linsker and charge him if the vandalism allegations were true, it’s who did the arresting that is problematic: rather than the NYPD, it was the New York JTTF that brought Linkser in, perhaps believing that the hammers were potential instruments of terror. This should be a cause for worry, since it means either law enforcement’s definition of terrorism has become far too broad, or they are targeting more than just terrorism.

Stingrays and the Dangers of Technology

Activists with Occupy Wall Street, and later Black Lives Matter, have relied on social networks and technology to organize their efforts. Ubiquitous phones with video recording capacity have revealed abuses of power by law enforcement and discredited official stories. Smart phones are also useful during marches to inform other protesters on the fly about concentrations of police, allowing demonstrators to change their routes to avoid confrontation.

As one “counter-terrorism expert” told the New York Post in regards to Black Lives Matter protests in early December: “They wore me out. Their ability to strategize on the fly is something we haven’t dealt with before to this degree.”

Unfortunately, like most 21st century technology, the use of smart phones by activists has become a double-edged sword, exposing them to surveillance risks that were unimaginable in previous eras. One such technology is Stingray, produced by Harris Technology, which mimics a cell phone tower and allows law enforcement to pull GPS and other data from phones within their range.

In an interesting case reported by Wired magazine, police in Erie County, NY, used the technology 47 times in the last five years and only received the required permission from a court once. Even in that case, “they asked for a court order rather than a warrant, which carries a higher burden of proof… (and) mischaracterized the true nature of the tool.”

The same story notes that the New York Civil Liberties Union posted documents online that showed the FBI and local police departments had made binding agreements to keep their use of the technology secret, even going so far as to ask courts to dismiss criminal cases in which the use of Stingray might be revealed.

The unique moment created by anti-police brutality protests throughout the U.S. last year – and coming on the heels of a federally coordinated effort to dismantle Occupy encampments in 2011 – revealed that federal police agencies, especially the FBI, working with local police have directed their resources as much against protesters, dissenters and those practicing and civil disobedience as they have against the threat represented by terrorists, whether homegrown “lone wolves” or organized outside groups.

While the recent NSA reform bill passed in Congress represents a victory for civil liberties and privacy advocates, there’s still a ways to go. Because while the right to dissent remains a fundamental American freedom, the fear of terrorism being openly exploited by law enforcement has allowed police to resurrect COINTELPRO in all but name.