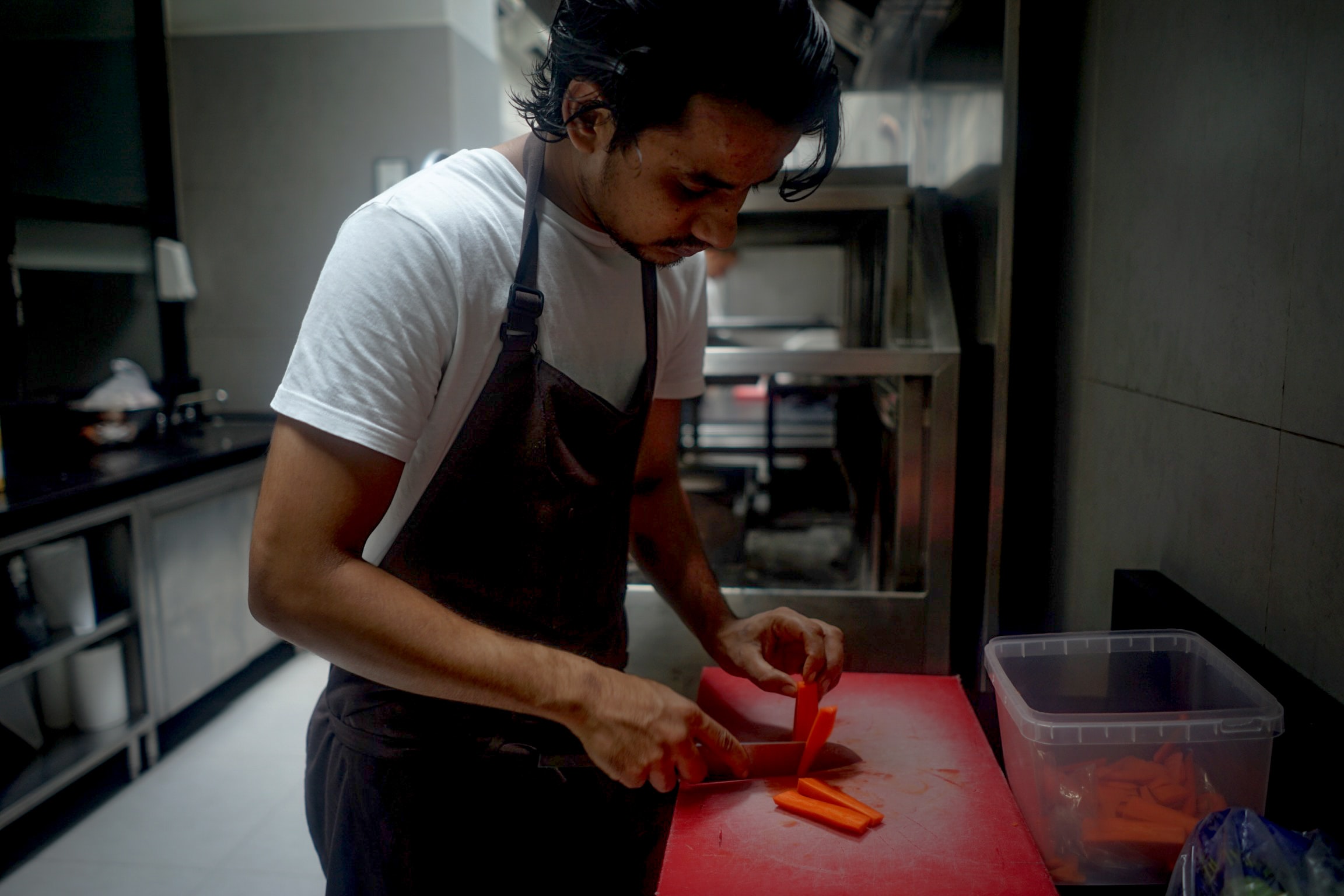 How Workers Are Fighting For Better Amid Reopening

As hospitality reopens across Britain, many workers are facing abysmal conditions amid staff shortages – but now they’re fighting back by joining trade unions.

In my twenty-year career in the hospitality sector, I have never experienced such a demanding week as the one that started on 17 May. The re-opening of pubs and restaurants may have been eagerly anticipated by customers, but hospitality workers have been through hell and back.

After months of rest and recuperation, chefs have been once again thrown into intolerable conditions. My work colleagues and I were put in a situation with new huge and unmanageable menus, and a new Kitchen Management System (KMS), which took the form of an automated tablet-to-screen order system and crashed frequently. The workloads were backbreaking, too, seeing several of us put in a 75-hour week.

If this wasn’t bad enough, the sheer pressure of reopening saw two of our chefs leave after just two days. One left in tears due to the pain of his workload; the other stormed out in a rage and threw a table of eggs over on his way through the door. I also saw another chef sobbing all the way through her shift.

The knock-on effect, of course, is that that staffing shortage puts more pressure on the chefs who remain – and the cycle continues. The company I work for seems unwilling to acknowledge that low pay, excessive hours (often worked for free for salaried chefs), and unbelievable pressure are killing their own business. The irony is that they often state their commitment to a work-life balance and ‘wellbeing champions’ on paper, while in reality, the conditions are Dickensian.

My situation is not an isolated one. This is happening in hospitality workplaces across the UK.

The chronic shortage of hospitality staff is putting acute pressure on those that still work in the sector, and as an industry that relied so heavily on migrant workers, the impact of Brexit has exacerbated the problem. But hospitality has reaped what it sewed, and now we are at a crucial juncture: will employers and lobbyists such as UK Hospitality bury their heads in the sand and pretend the issue can only be resolved with the removal of all social distancing and Barista visas, or will they engage with Unite and our members to create a sustainable future?

At Unite Hospitality, we are calling for employers to sign up to our ‘Fair Play for Chefs’ charter. The charter calls for an end to excessive hours and unpaid overtime, and for proper rest periods for chefs on and between shifts. In most workplaces these would be seen as basic human rights; in hospitality, these are apparently revolutionary demands.

But where there is frustration and anger, there is also hope: now, chefs are starting to get organised and fight back. At Six by Nico’s offshoot ‘Home X’ takeaway brand, over thirty chefs have raised concerns with Unite about excessive unpaid overtime. This followed the sacking of one of Six by Nico’s head chefs the day after he asked to be paid two hundred hours of overtime pay – money to which he was contractually entitled.

Needless to say, Unite is building a legal case in support of the chef for automatic unfair dismissal. More importantly, though, this dispute has triggered a realisation of injustice throughout the workforce. Many chefs have joined Unite and started pushing their employer to improve conditions, including offering paid breaks, paid overtime, and new contracts.

Across the UK more widely, Unite has surveyed over one thousand of our chef members on their issues at work. Unsurprisingly, excessive unpaid overtime and stress came out as the biggest issues impacting our members. Unite hospitality held an event on Workers’ Memorial Day to honour the 82 chefs who have died of Covid since the pandemic began, and to launch the above-mentioned ‘Fair Play for Chefs’ charter. Since the launch, chefs have contacted us from all over the country to join the campaign and be part of the fight for a better deal in 2021.

A ‘New Deal’ for hospitality workers should be demanded by those across the sector as we emerge out of lockdown. As we speak, Unite reps are drafting our demands for a better future. These include:

Hospitality workers have suffered for too long: now is our chance to organise to win something better. Next time you’re out in a bar or restaurant, give the workers your support, and tell them about Unite Hospitality.