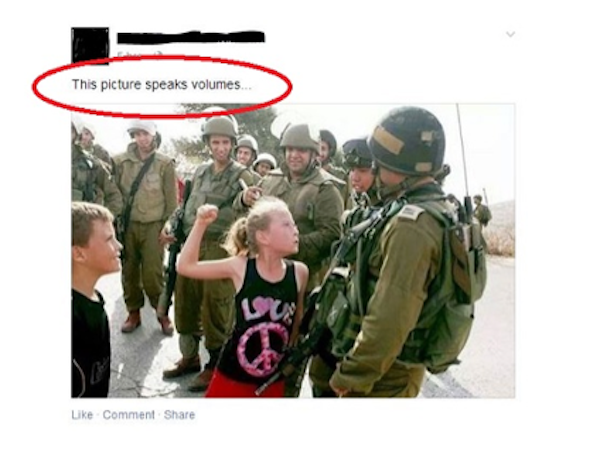 Use Your Social Media Accounts To Stop Wars

A student of history will say that television brought the Vietnam War into America’s living room. The nightly barrage of images of the dead and maimed was a major contributor to the anti-war movement. It was the first war that saw non-government correspondents in a war zone equipped with video cameras, and it was the first time the United States government saw major opposition to a war effort.

The measure by which social media is impacting propaganda efforts by the government is exponentially greater than television. At the moment, the internet is largely uncontrolled and unregulated. Images directly from the front lines are instantaneously available on your laptop, tablet, and phone. Those images of brutality and love, death and triumph, victory and defeat, are images that could have never been viewed a generation ago without actually being in harm’s way.

There is very little censorship on the internet. The images show the grim realities of armed combat in high-definition. Most Americans only had Hollywood’s sanitized picture of war. Few had seen what bullets do to flesh, how explosions literally rip meat from bone, or the aftermath of a real life version of the video-gamer’s sought after “headshot.” The images of man’s inhumanity to man are accompanied by videos of those engaging in the conflict and those unlucky enough to be caught in a war zone.

Those of us in the alternative media like to tell ourselves that our work is important because we feel we offer a non-sanitized and adversarial view of the day’s events, free from corporate or government influence. The truth is a bit of a blow to our egos. You, the millions of Facebook and Twitter users (and even the seven people using Google+), are the real power. What you choose to share or retweet gives people that increasingly important viewpoint that alters the national narrative. You are quite literally choosing tomorrow’s headlines with the click of a button.

Just in the last year, US wars in Syria and Ukraine were stopped before they started. While it’s true that sharing a picture of a cancer-ridden child probably won’t save that child’s life, sharing information can stop wars. When you chose to use the power of your social media account to speak out and share the differing viewpoints about the proposed wars, you saved Syrian and Ukrainian lives.

When someone tells you that you post too many political posts, take that as a good sign. It means you are reaching out beyond those who already know what’s going on. You reached someone. You have planted the seed of dissent in another’s mind. Even if they had a negative reaction, you still forced a small grain of truth into their consciousness. The truth that sets men free is typically the truth they don’t want to hear because it challenges them to free themselves from their own scope of reality.

As conflicts rage across the globe, think about what you share and the stances you take. Your opinions are reaching more people than you think. Realizing the impact of those silly little buttons on your screen carries a responsibility. Before you hit share, verify that the information or image is accurate or your power is as useless as watching CNN or Fox News; and before you retweet, consider the impact of what you are sharing with others. Does the post work to build the tomorrow you want, or does it feed the agendas of the power-hungry authorities that have brought so much conflict to the world?

This article is free and open source. You have permission to republish this article under a Creative Commons license with attribution to Justin Kingand TheAntiMedia.org