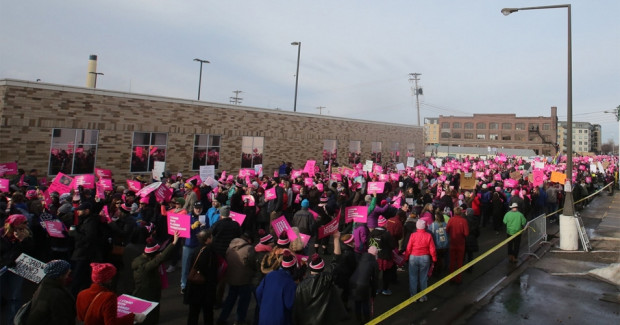 Then, Planned Parenthood supporters got organized.

And the response has been massive: Hundreds of different counter-demonstrations, large, small and in between, were held across the country Saturday – overwhelming the anti-choice rallies.

@tenayarose @womensmarch @PPSLR and here are the pics from Portland, Maine! Think we outnumbered them! ????#IStandWithPP #ShePersisted pic.twitter.com/NijG9DNely