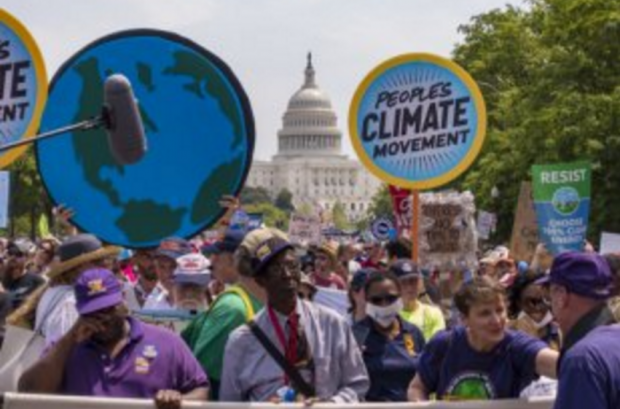 Above Photo: From alternet.org

As co-director of the Crowd Counting Consortium, Erica Chenoweth has been collecting political crowd data since the Women’s March in January. She also produces a monthly breakdown for the Washington Post on political activism trends based on the numbers. Based on Chenoweth’s data for April, here are five signs indicating engagement in the resistance to Trump is on the rise.

According to Chenoweth’s report, “April had a 62 percent increase over the number of reported crowds in March [as well as] a major increase in participation—between eight and 13 times greater than the estimated number who participated in March.”

The largest event was the March for Science, in which approximately half a million Americans participated.

“At more than 930 events (98 percent), no arrests were made,” reported Chenoweth. And there were even fewer arrests reported in April than in March (201 to 160). That’s a huge blow to a long-held right-wing theory, which resurfaced during April’s notorious “free speech” brawl at Berkeley.

The Consortium estimates that 78 percent of political activities (including the March for Science) were held in opposition to Trump. The Tax Day marches, the second largest day of activity in April, called on Trump to release his tax returns. Nearly three-quarters of Americans believe he should release his returns.

4. There was a sharp drop in actions in support of Trump.

“Just over 2 percent of the events we recorded, or 22 gatherings, were rallies supporting the president and his policies,” said Chenoweth. “This is a decrease from prior months, where we saw about 12 percent to 15 percent of the crowds representing pro-Trump claims,” she added.

Not a single state was left out of the tally of 950 protests, demonstrations, marches, sit-ins and rallies.

“Our conservative guess is that between 637,198 and 1,181,887 people showed up at these political gatherings, although it is likely that there were far more participants,” Chenoweth explained, with caveats resulting from the media’s lack of thorough reporting on local, nonviolent action.