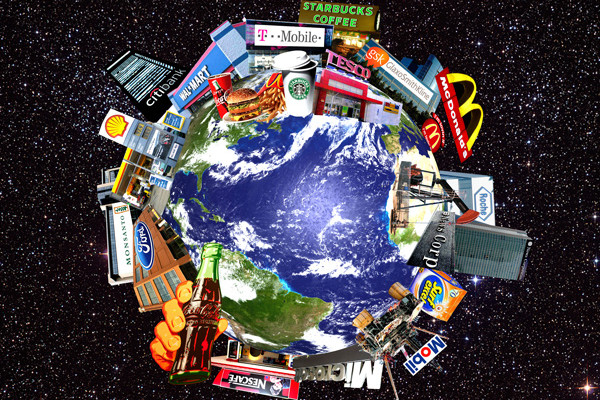 Humans Are Most Destructive Species On Earth

We humans have been in existence for less than 1% of life on Earth – In the short time of our existence, we have impacted everything; every part of our small blue planet. Our home!

We have been around for only 200,000 years – Archaeologists have calculated that humans originated about 200,000 years ago in the Middle Palaeolithic period in southern Africa, and migrated out of Africa around 70,000 years ago and began colonizing the entire planet. We spread to Eurasia around 40,000 years ago (there is no geologic boundary between Europe and Asia – so they are combined as Eurasia.) and Oceania (roughly Australia to Fiji), and reached the Americas just 14,500 years ago.

Humans are a member of a species of bipedal primates. We walk upright. We also have opposable thumbs so we can grip ‘things’. We have, what we think of as a highly developed brain. And so, we have called ourselves ‘homo sapiens’. In Latin, “Homo” means “man” and “Sapiens” means “wise”. Wise Men.

Dinosaurs lived for a greater time on the planet than man. Scientists explain the extinction of dinosaurs with one or two hypotheses – that the extinction was due to an extraterrestrial impact, such as an asteroid or comet, or, a massive bout of volcanism.

We humans though, have been around for a comparatively short while, yet we are making ourselves extinct due to our own activities.

In our short existence, we have impacted every corner of the world with smog, with acid rain; by breaking-up habitats and causing extinctions.

We have taken the route to deforestation to make more room for ourselves. And, through sheer cruelty and indiscriminate killing, we have disturbed the ecological balance of nature. Birds and animals are dying and gradually getting extinct. Seasons and the soil have been changed harmfully. We are waging ecocide to garner greater power to ourselves. We are cruel without remorse and we hold nature, environmental issues, truth and justice in contempt. We will soon be wiping ourselves out due to man-made climate changes and devastation of food and water supply. And, we also wage war with each other. We are killing ourselves.

Our excuse – Cleansing, development and progress – The irony of it all is we justify our destructive tendencies as intervention and manipulation – for cleansing, development and progress. And we do this because we suffer from a delusion that sees us as being separate; we think that we live in a higher plane than everything else. But trees, birds, animals and men are all inseparable parts of nature.

“Any intelligent fool can make things bigger, more complex, and more violent. It takes a touch of genius -and a lot of courage to move in the opposite direction.”

We humans are part of the same ecosystem. Each creature on this planet has a reason for its existence and is as important to life on earth as we (humans) think we are.

We are dependent on nature. Nature is not dependent on us. When we destroy an ecosystem, we are destroying life that depends on that ecosystem. Humans and nature are powerfully linked and co-evolving. All living things in an ecosystem depend on all the other things – living and non-living – i.e. organisms interact with their inorganic surroundings for continued survival, to form a self-regulating, complex system that contributes to maintaining the conditions for life on the planet. All the actions and reactions that take place and affect one part of an ecosystem, affect the whole ecosystem in some way or the other.

We are only one small part of the web of life, yet we, in this short time of our existence have treated our planet so shoddily and with such a callous contempt that we have irreversibly damaged our planet and shortened our own existence on the planet.

When nature cannot defend itself there will be a backlash. Nature cannot resist our wiles and will eventually succumb to our destructive tendencies. When forests are mined for minerals and other resources and laid bare of all their biodiversity, desertification will take place. Lakes, rivers and water resources will dry up.

There is no wisdom in man killing what sustains man … and with it, humankind!

The backlash will not be nature fighting back! But, of nature as we know it, dying out!

Homo Sapiens… Wise Men. Not at all!? Our wisdom is highly disputable. Dinosaurs were considered unintelligent, due to the small size of their brain compared to their body size. They existed for 135 million years. They didn’t kill themselves. But, man is destroying mankind.

Our planet is not in danger. Humans are in danger. From ourselves. Humankind is on the road to extinguish ourselves. Sooner rather than later. The future for all of us is bleak. The planet will continue as it has for the 99% of the time before man, it will adjust and continue. Perhaps with other life forms, other vegetation, other landscapes.

The earlier we learn to curb our innate inclination to be brutal, to pollute and to annihilate, and the earlier we will learn to live with compassion and in peaceful co-existence with ourselves and with nature, the better it is for us and our continued existence.

“When we respect the environment, then nature will be good to us. When our hearts are good, then the sky will be good to us. The trees are like our mother and father, they feed us, nourish us, and provide us with everything; the fruit, leaves, the branches, the trunk. They give us food and satisfy many of our needs. So we spread the Dharma (truth) of protecting ourselves and protecting our environment, which is the Dharma of the Buddha. When we accept that we are part of a great human family—that every being has the nature of Buddha—then we will sit, talk, make peace. I pray that this realization will spread throughout our troubled world and bring humankind and the earth to its fullest flowering. I pray that all of us will realize peace in this lifetime and save all beings from suffering”. Maha Ghosananda (1929 – 2007) revered Cambodian Buddhist monk – known as the Gandhi of Cambodia

Life on Earth is Dying. Thousands of Species Cease to Exist. Homo Sapiens is the Cause

You and I are on the brink of driving to extinction some of the most iconic species alive today. For a photo gallery of threatened species, some of which are ‘critically endangered’, see ‘World’s wildlife being pushed to the edge by humans – in pictures’.

Earth Day is no longer about Celebration: Uranium Contamination Across America, Holding the Silent Killers Of Environmental Destruction Accountable

Earth Day is no longer about celebration. We are making Mother Earth sick by using extreme methods to extract fuels from her mountains and from beneath her surface and by massive spills of oil, chemicals and radiation. We must mobilize ourselves to take action now to create clean renewable energy and to restore the damage we have done.

From Earth Day to the Monsanto Tribunal, Capitalism on Trial by Colin Todhunter, April 22, 2017

Earth Day came a few days after the legal opinion offered by the five international judges who presided over the Monsanto Tribunal in The Hague. The judges concluded that Monsanto has engaged in practices that have impinged on the basic human right to a healthy environment, the right to food and the right to health. Monsanto’s conduct also has had a negative impact on the right of scientists to freely conduct indispensable research.

Even a “small” nuclear war between India and Pakistan, with each country detonating 50 Hiroshima-size atom bombs—only about 0.03 percent of the global nuclear arsenal’s explosive power—as air bursts in urban areas, could produce so much smoke that temperatures would fall below those of the Little Ice Age of the fourteenth to nineteenth centuries, shortening the growing season around the world and threatening the global food supply.