Above and below: Fourth Annual Flotilla to shut down Enbridge Line 5 in Michigan at Straits of Mackinac. From Native News Online photographs by Levi Rickert.

Several groups of American Indians and environmental advocates spent their Saturday of this Labor Day weekend protesting Enbridge Line 5, an outdated oil pipeline that needs to be retired according to Sault Tribe of Chippewa Indians Chairperson Aaron Payment, who also is the vice president of the National Congress of American Indians. 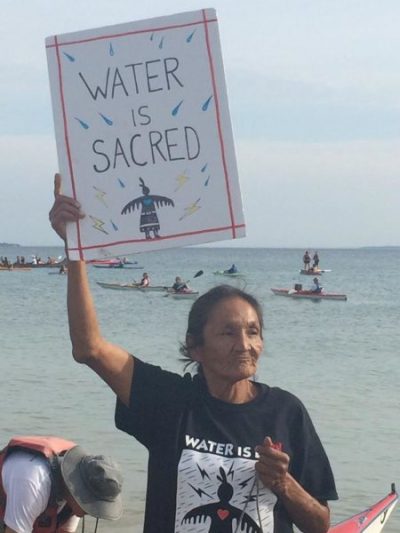 “THIS IS GOING TO SPILL, IT’S IMMINENT,” STATED PAYMENT DURING THE PRESS CONFERENCE HELD ON THE BANKS OF THE STRAITS OF MACKINAC. “A SPILL WOULD DECIMATE THE WHITEFISH HERD AND PEOPLE HAVE BEEN FISHING IN THIS COMMUNITY SINCE THE TIME JESUS CHRIST WALKED THE EARTH.”

Speaking at a press conference following the large protest flotilla, Michigan tribal leaders, political candidates and elected officials, called on Michigan Governor Rick Snyder and other elected officials to decommission Line 5, with one lawmaker noting this is the fourth year protesters have taken to the water in support of shutting down the 65-year-old pipeline.

Payment was sharply critical of Gov. Snyder:  “The same governor who allowed those children in Flint to be poisoned has been derelict on the Line 5 issue.”

“Every year we join here together to call for the decommissioning of Line 5,” said State Representative Yousef Rabhi (D-Ann Arbor).  “Well, enough is enough.” 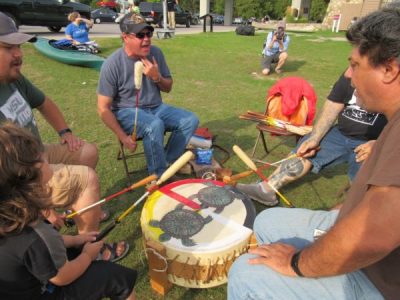 Several American Indians traveled from various states and Canada to take part in Saturday’s protest, including Helen “Granny” Red Feather, who was at Wounded Knee in 1973 and last year’s resistance to the Dakota Access pipeline at Standing Rock. Red Feather drove from her home at Wounded Knee on the Pine Ridge Indian Reservation. 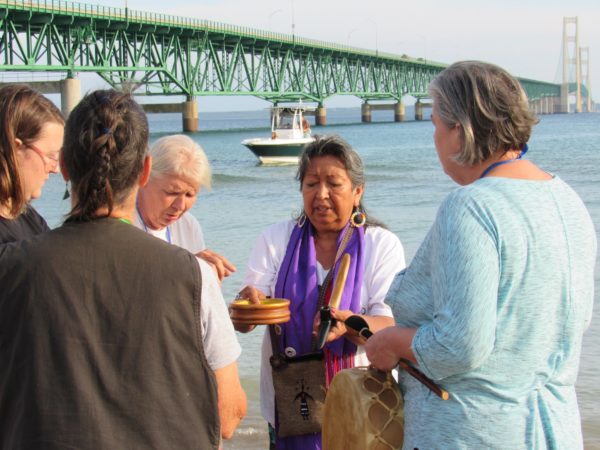