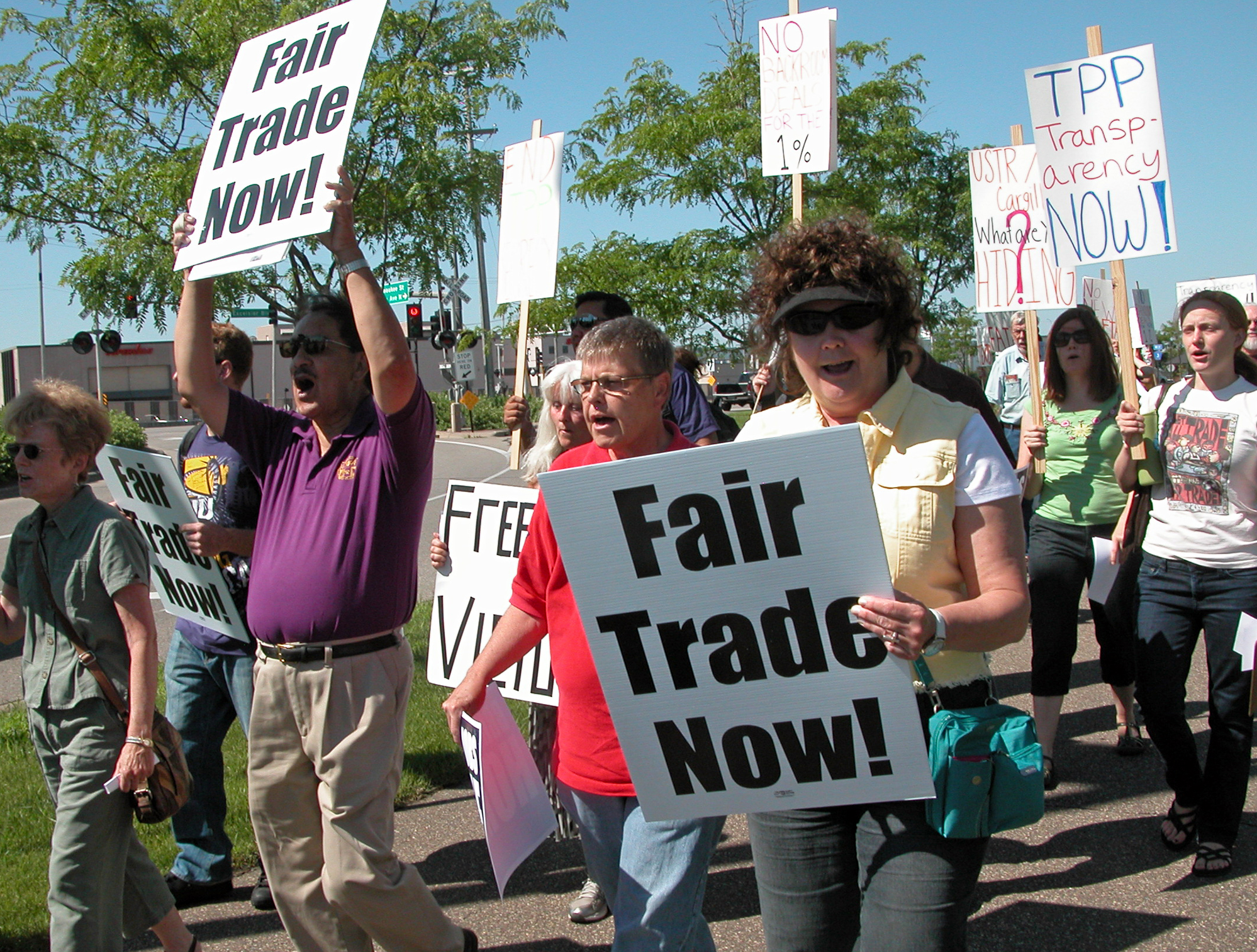 “We are building people power. We are movement building,” Communications Workers of America (CWA) President Larry Cohen told the crowd.

The United States and 11 other Pacific Rim countries will meet this week in Brunei to discuss what could be the largest trade agreement in U.S. history. But the only people at the negotiating table are corporate lobbyists and government officials – not the groups fighting for workers, public health, free speech, environmental regulations and consumer protections. While the draft text of the agreement has never been officially released to the public, leaked documents reveal disconcerting proposals to grant multinational corporations new political powers, ration lifesaving medicines, extend restrictive intellectual property laws and more.

On the way to the rally, protesters stopped outside of U.S. Bank and Verizon – one of the many corporate “trade advisors” involved in the trade talks – to raise awareness about their support of the TPP.

“Secrets, secrets are no fun. TPP hurts everyone,” the protesters chanted.