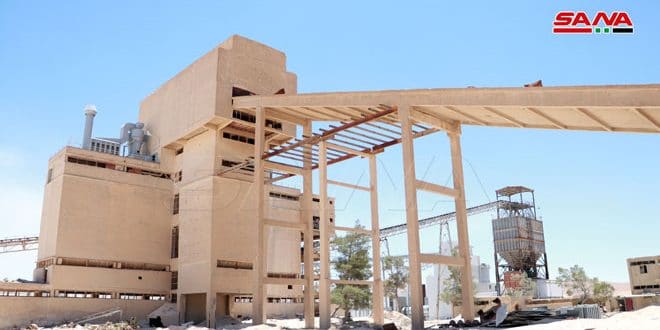 Hundreds Of Reconstruction Projects Carried Out In Syria In 2021

NOTE: This article outlines the reconstruction in Syria after ten years of “terror war” perpetrated by the United States. It describes the amount of damage done and what it will cost to rebuild. These are the realities of war we need to understand. The United States continues to wage an economic war on Syria using illegal unilateral coercive measures, often called sanctions. Visit SanctionsKill.org to learn more.  – Margaret Flowers

Despite Difficulties And Challenges.

The year 2021 has witnessed the implementation of hundreds of reconstruction projects in several sectors in Syria despite the challenges and obstacles that face the process, mainly the acute economic crisis  the country is going through  besides the western sanctions imposed on the people of Syria.

These projects were mentioned in the annual report released on Thursday by the Ministry of Local Administration.

The report said: “The ministry carried out 1262 rehabilitation projects and it now supervises the rehabilitation of 17 hospitals, 37 health centers and 19 cultural centers.”

It added that 6502 houses, 109 hospitals and health centers, 20 bakeries, 406 shops, 10 public buildings, 21 citizen service centers, 19 cultural centers and 19 stations, which were destroyed by terrorism, were rehabilitated within the framework of humanitarian response plan.

The rehabilitation of houses and infrastructures has helped ten of thousands of people to return to their areas that were liberated from terrorist groups several years ago.

In August 2021, the Syria Times reported:

The return of people to their areas  necessitated the rehabilitation of schools to help school children, who returned with their families to continue their education.

“The city of Douma in Damascus Countryside is gradually regaining the map of its schools with governmental and civil efforts. With the return of security and safety to it three years ago, work to rehabilitate schools started in preparation for the return of locals, bringing the number of qualified schools in it today to 22 completed and 5 schools in their final stages,” the “SyriaTimes” e-newspaper said in an article published in August ()

The e-newspaper also pointed out that:

The Ministry of Education posted on its Facebook account on December, 28, 2021,  that it rehabilitated 2761 schools through investment plan, international organizations and reconstruction plan. It clarified that 169 schools were rehabilitated while 6 ones are still under reconstruction in the provinces of Damascus, Damascus Countryside, Daraa, Sweida,  Hama, Homs, Lattakia, Quneitra, Idlib and Hasakah, Alepoo, Raqqaand Deir Ezzour.

Meanwhile, the Ministry of Justice has completed the rehabilitation of most court buildings and judicial complexes that have been subjected to vandalism and destruction as a result of terrorism, and is working to implement projects for new judicial complex buildings and the creation of new courts in the governorates.

The value of investment in industrial cities SYP. 117.158 billion

43 development projects were carried out this year in the provinces of Damascus, Damascus countryside, Idlib, Lattakia, Tartous, Homs, Hama, Deir Ezzour, Hasaka, Raqqa and Sweida, according to the report of the Local Administration Ministry.

In this context, the “SyriaTimes” e-newspaper reported:

Other important events that took place are:

50% of the electrical interconnection line with Jordan were repaired.

In an article published by the  French “Le Monde” newspaper in March, 2021, about the reconstruction process in Syria after 10 years of terror war, it was said that terrorism destroyed one third of infrastructure, 7% of houses and 70% of power, fuel and water networks, and damaged one in three schools, 20% of houses and 50% of hospitals and clinics.

These numbers affirm the need for more than $260- $400 billion to rebuild the country, according to reports published in early 2019.

But the reports said no single word about the determination of the Syrians to rebuild their country to go on with their life.