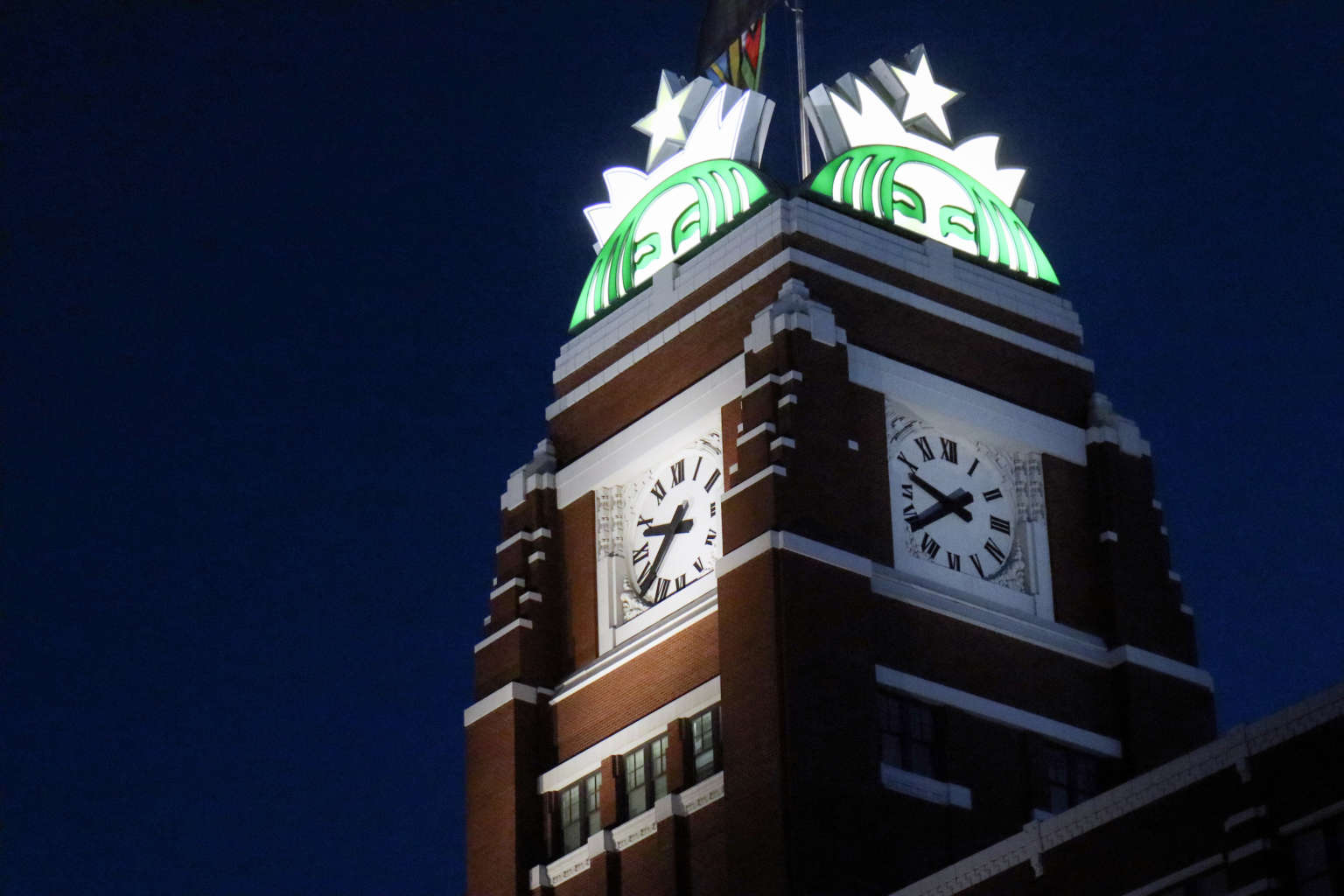 Seattle, Washington – Hundreds of workers took to the streets in front of Starbucks’s Seattle headquarters on Tuesday as the company hosted investors for its biennial investor day, in which executives and investors discuss the company’s outlook — an event that has never once included representation from a Starbucks retail worker, the workers’ union says.

Joined by other union members, workers with Starbucks Workers United are demanding that the company give them a say in its strategy and financial decisions and a place at the bargaining table for contract negotiations, which the company has been delaying. They are also asking the company to stop union-busting practices like firing pro-union employees, which it has done almost 100 times over the course of the union drive, Starbucks Workers United says.

“Starbucks workers are referred to as partners, which is ironic given that the company abjectly refuses to partner with us,” said Billie Adeosun, who has worked as a barista for seven years, in a statement. “They’ve delayed bargaining. They’ve lied to employees. They have proven that they value their performatively liberal brand and their profits more than the workers who bring in that revenue.”

Just a few miles from the company’s headquarters, workers also went on strike on Tuesday at the company’s flagship roastery, asking the company to stop union busting and recognize their union. The store, one of only three of its kind in the U.S., voted to unionize in April.

Though that win was months ago, the union says that the company is still delaying bargaining with the employees; it has apparently delayed so long, in fact, that the National Labor Relations Board (NLRB) charged the company with a complaint of illegal labor practices, saying that the company has refused to recognize the union and refuses to bargain.

The workers’ protest comes just after the company announced on Monday that it is rolling out new student loan and savings account programs that union members will not be allowed to access. The move has been widely criticized by labor advocates, who say that it was done to discourage workers from unionizing.

American Federation of Labor and Congress of Industrial Organizations (AFL-CIO) communications adviser Steve Smith said that the move is a show of how far the company is willing to go to antagonize its employees.

“Let’s be crystal clear about one thing: Corporations that have even a modicum of concern about the well-being of their workers would never do anything like this,” Smith wrote. “Union-busting Starbucks executives are squarely in comic-book villain territory now.”

The company has gotten in hot water with the NLRB for a similar practice before. Earlier this year, the company announced that it was raising wages and benefit increases only for nonunion workers. According to the NLRB, which filed a complaint over the move last month, this is illegal, and labor officials are seeking compensation for unionized employees who didn’t receive the benefit and wage increases.

Despite the company’s efforts, the union has been remarkably successful, becoming a major symbol of the burgeoning labor movement in the U.S. According to the NLRB, the union has won 80 percent of its elections so far, with almost 240 unionized stores and 18 elections in the pipeline.