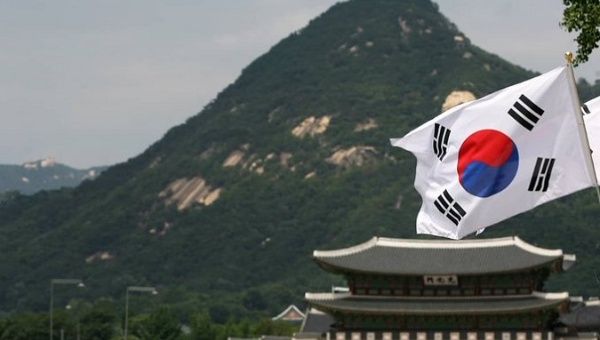 Above Photo: Throughout His Three-Day Visit To South Korea, US President Joe Biden Was Met With Protests From Civic And Student Activists Calling For Peace On The Korean Peninsula. @UsBurning / Twitter.

The Protests Were Held In Front Of The Grand Hyatt Seoul Hotel, Near The Presidential Office, Where Biden Stayed During His State Visit.

Amid heavy security, hundreds of South Koreans gathered in front of a hotel where U.S. President Joe Biden was staying in Seoul to protest against the president’s visit.

People crowded in front of the Grand Hyatt Seoul hotel, near the presidential office, in the Yongsan district of Seoul, where Biden stayed during his state visit to the Asian country, which ended on Sunday.

The discomfort over the presence of Biden is due to the fact that it will fuel tensions and the war on the Korean peninsula, according to analysts consulted by the local press.

The U.S. president arrived in Seoul on Friday as part of a tour of South Korea and Japan to address various issues, including tensions on the Korean peninsula.

Seoul police said they had received about 50 different notices for street demonstrations, mainly in objection to Biden’s visit.  On Friday, a group of about 60 protesters objected to the presence of the U.S. president.

About 200 protesters from a pro-Korean unification group and another 200 from a different group held a press conference and several demonstrations in front of the National Museum of Korea and the Korean War Memorial on Saturday.

The protests took place as the Seoul-Washington summit was being held at the office of President Yoon Suk-Yeol. Cordoning off the area in front of Biden’s hotel, police said they had gathered some 7,200 officers from 120 divisions on Saturday to maintain security as the two presidents held the summit.

After concluding his visit to South Korea, the U.S. president arrived at Yokota Air Base, west of Tokyo, shortly after 17H00 local time (09H00 GMT) on his second and final leg of his first Asian tour.

Biden will meet on Monday with Prime Minister Fumio Kishida and Emperor Naruhito, and on Tuesday will participate in a summit bringing together the heads of state from Australia, India, Japan, and the United States.

He will also launch a regional trade initiative, the Indo-Pacific Economic Framework for Prosperity.