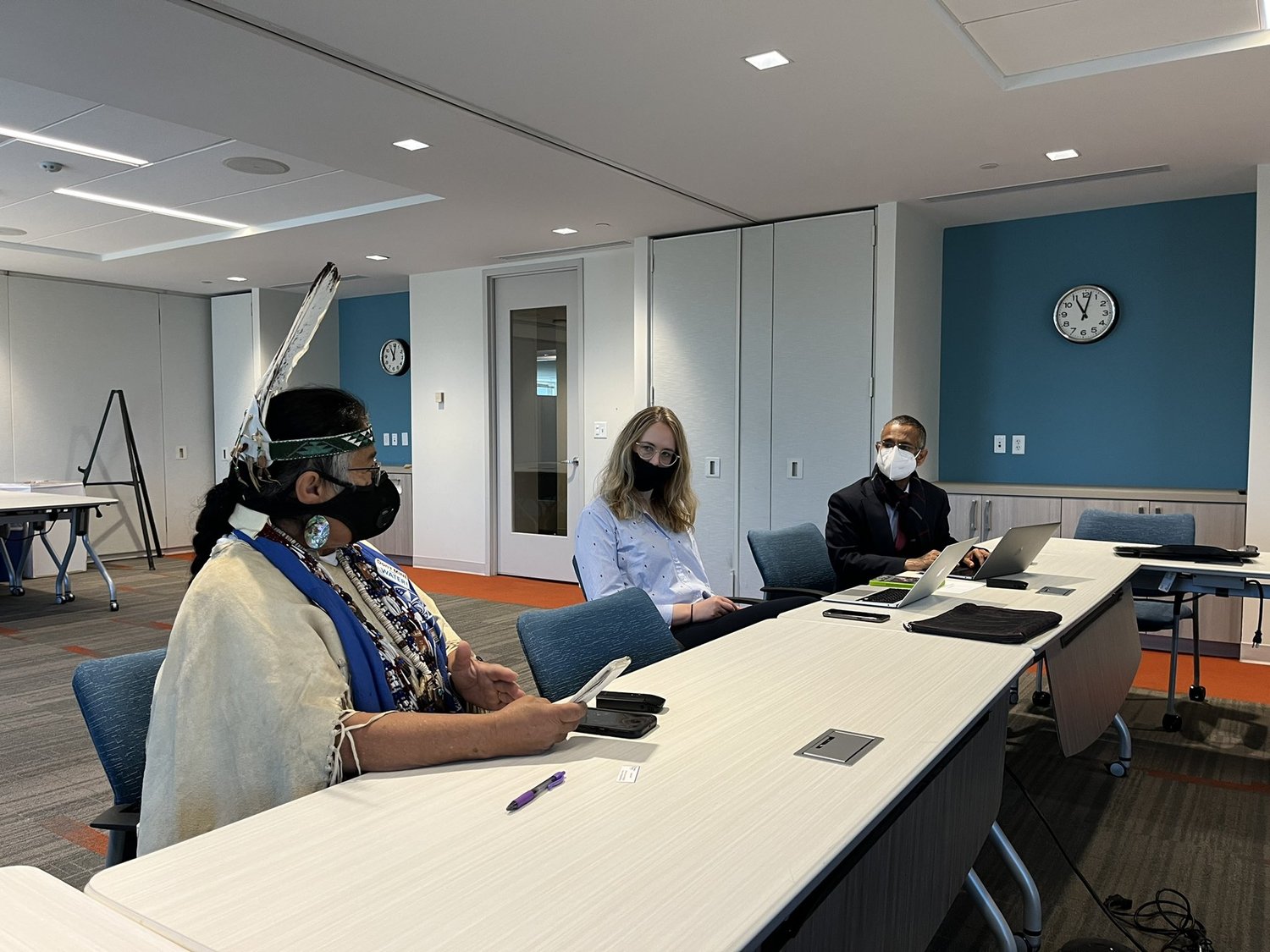 Washington, DC – Yesterday Gabe Galanda, Chairman of the Huy Board of Advisors, delivered an intervention in Washington, DC to the United Nations Special Rapporteur on Religious Freedom or Belief, Ahmed Shaheed, regarding obstacles Indigenous prisoners in the United States face to enjoying and exercising the right to freedom of religion or belief.

Shaheed held a consultation with Indigeneous peoples from the United States regarding obstacles they face in exercising traditional religious freedoms.  In October 2022, he will issue a report at the United Nations General Assembly regarding impediments to Indigenous religious rights worldwide.  The Native American Rights Fund also delivered an intervention to the Special Rapporteur.

Indigenous peoples suffer one of the highest incarceration rates of any racial or ethnic group in the United States, and they are also disproportionately sentenced to serve life and long sentences in state prisons. Indigenous prisoners depend upon their freedom to engage in traditional religious practices for their rehabilitation, survival, and ability to maintain their identity as Indigenous peoples.

But according to remarks Galanda delivered to the Special Rapporteur, “Indigenous prisoners in the United States are subject to an ongoing and pervasive pattern of state and local prisons illegally restricting their freedoms to possess religious items, participate in religious ceremonies, and otherwise engage in traditional religious practices.”

Galanda explained how the COVID-19 pandemic “laid bare the suffering of Indigenous peoples in United States prisons and jails,” especially as states throughout the country “halted the ability of Indigenous prisoners to possess religious items, participate in religious ceremonies, and otherwise engage in traditional Indigenous practices.”

On behalf of Huy, Galanda urged the United Nations and Special Rapporteur to call upon the United States to address its violations of Indigenous prisoners’ religious freedoms and take immediate action to restore and protect those freedoms. Huy made similar international human rights interventions to the United Nations and U.S. State Department in 2017 and 2019.

Huy is an Indigenous non-profit organization headquartered in Seattle, Washington that advocates for the religious freedoms of Indigenous persons incarcerated in state prisons throughout the United States.  Pronounced “Hoyt” in the Coast Salish Lushootseed language, Huy means “see you again/we never say goodbye.”  The organization will celebrate its ten-year anniversary at the end of May.