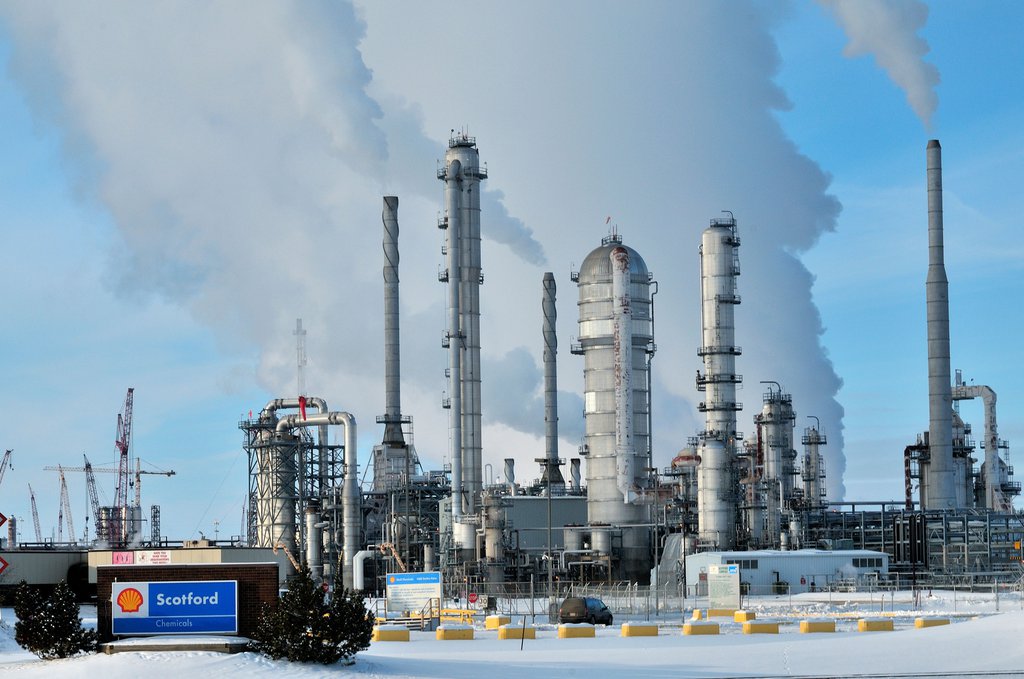 Shell’s fossil hydrogen plant in Canada found to be emitting more climate-wrecking gases than it is capturing.

In just a few years, hydrogen has shot into mainstream conversations about tackling the climate crisis. It is now one of the most hotly discussed energy topics, and a very particular form of hydrogen known as fossil hydrogen (or ‘blue hydrogen’) is being pushed by the fossil fuel industry for government backing.

They claim it is climate friendly and can help with efforts to decarbonize our energy system, as it involves the use of carbon capture technology to trap and store emissions. One of the very few plants of this type, “Quest” is owned by Shell in Alberta, Canada.

Shell have boasted about the project as an example of how it is tackling global heating, claiming that the project demonstrates that carbon capture systems are “safe and effective” and is a “thriving example” of how this technology can significantly reduce carbon emissions.

But our new research reveals that Quest is in fact emitting more than it is capturing. Despite having captured 5 million tons of carbon across a five-year period, it has emitted a further 7.5 million tons of climate polluting gases during the same time. Each year, Shell’s plant has the same carbon footprint as 1.2 million petrol cars.

Just 48% of the plant’s carbon emissions are captured, we found, falling woefully short of the 90% carbon capture rate promised by industry for fossil hydrogen projects. This rate drops to only 39% when including other greenhouse gas emissions from Shell’s project.

This research delivers a serious blow to proponents of fossil hydrogen who are pushing for more public funds to support its use, with $654 million of the $1 billion cost of Quest having come from Canadian government subsidies. Yet despite this vast expense, Shell’s project has failed to deliver anywhere near the cut in emissions needed to tackle global heating.

The lesson from Quest should be loud and clear for governments all over the world. Do not invest in a technology that is not only failing to deliver any effective action in tackling the climate crisis – but is in fact contributing to it.