ICE Raids, Asylum Seekers And The Othering Of People Of Color

Like many of you, I’ve watched the reports and rumors of expected ICE raids, images of adults and children in U.S. concentration camps and the attacks on asylum seekers with horror.

The large-scale ICE raids that officials have hinted at haven’t yet materialized as I write this, but they’ve succeeded in what may have been their real objective: terrorizing immigrant communities. Central and South Americans seem to be mainly in the crosshairs, but they’re far from the only ones. Meanwhile, the Trump administration has openly mocked its own claims to be focused only on immigrants who do not follow legal procedures: Officials have announced a draconian crackdown on asylum seekers – people following the 100 percent legal process of seeking refuge from violence and danger in their homelands. 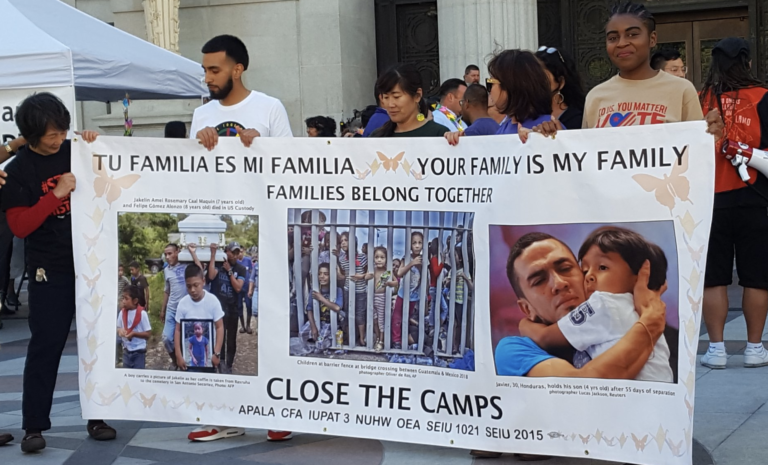 There is nothing radical in the call to abolish ICE, which is a relatively new agency, created in 2003 out of fear of terrorist attacks. The invention of ICE represented a fundamental change, taking immigration issues out of the hands of the Departments of Labor and Commerce and treating it strictly as a security concern – in other words, treating immigrants and  asylum seekers as threats, not as positive additions to our society.

But this is bigger than ICE raids or the Border Patrol or even the completely unjustified crackdown on asylum seekers. Look at these in the larger context, like the (happily failed) attempt to add a citizenship question to the Census in a blatant attempt to undercount immigrant communities, attacks on the Black Lives Matter movement and defenses of racist behavior by law enforcement, and telling people of color who criticize the president’s policies to “go back” where they came from.

An agenda lies behind all of this — an agenda aimed at ensuring that people of color are the “other,” an agenda of white supremacy.

And while we’re seeing this agenda in a particularly vile and malignant form right now, we must recognize that our country has been here before. Indeed, we never really left. We hear some critics of current policies say that “this is not America,” but we need to ask ourselves whether that view is really true.

For the bulk of this country’s history, the default assumption has been that “American” = White. We should never forget that our first Black residents were literally brought here in chains as slaves, that the Declaration of Independence – with all its ringing declarations about the rights of free people – also decried “merciless Indian Savages,” and that the U.S. had essentially no limits on immigration until large numbers of Chinese immigrants began to arrive in the late 19thcentury. 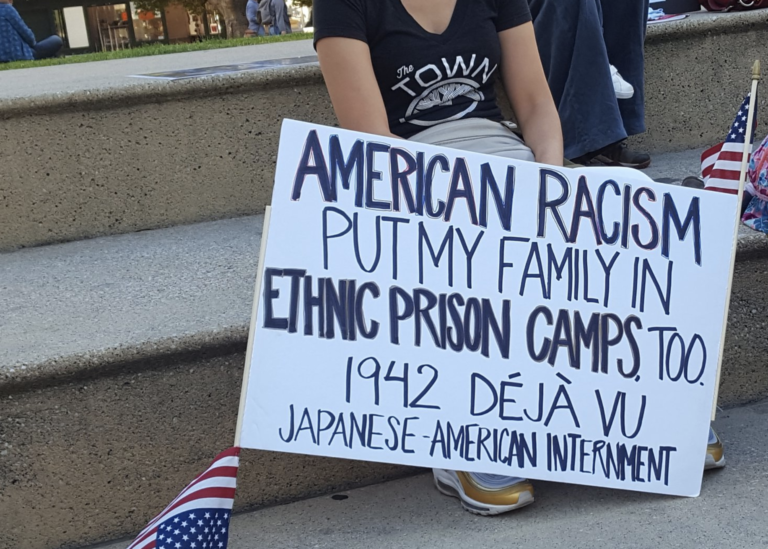 “American Racism has never gone away”

WHILE WE’RE SEEING THE TRUMP ADMINISTRATION’S AGENDA IN A PARTICULARLY VILE AND MALIGNANT FORM RIGHT NOW, WE MUST RECOGNIZE THAT OUR COUNTRY HAS BEEN HERE BEFORE. INDEED, WE NEVER REALLY LEFT.

That legacy faded for a while with the enactment of civil rights laws, but it never truly went away. Here at The Greenlining Institute, we see it every day in communities of color that have been systematically redlined into having less wealth, under-resourced neighborhoods and dirtier air and water. Since our founding, we’ve been committed to not only building a nation where race is never a barrier to opportunity, but to communities standing together to uplift all. That’s why today we must stand up against the ICE raids and the abuse of asylum seekers.

If we want to be able to honestly say, “this is not America,” then it’s up to all of us to make America do better.

Please take a few minutes to think about what you can personally do, and to make a commitment to helping one or more of the many outstanding organizations heroically working to protect migrants, at our borders and elsewhere. Here are a few we’re aware of – far from a complete list, but a good place to start: