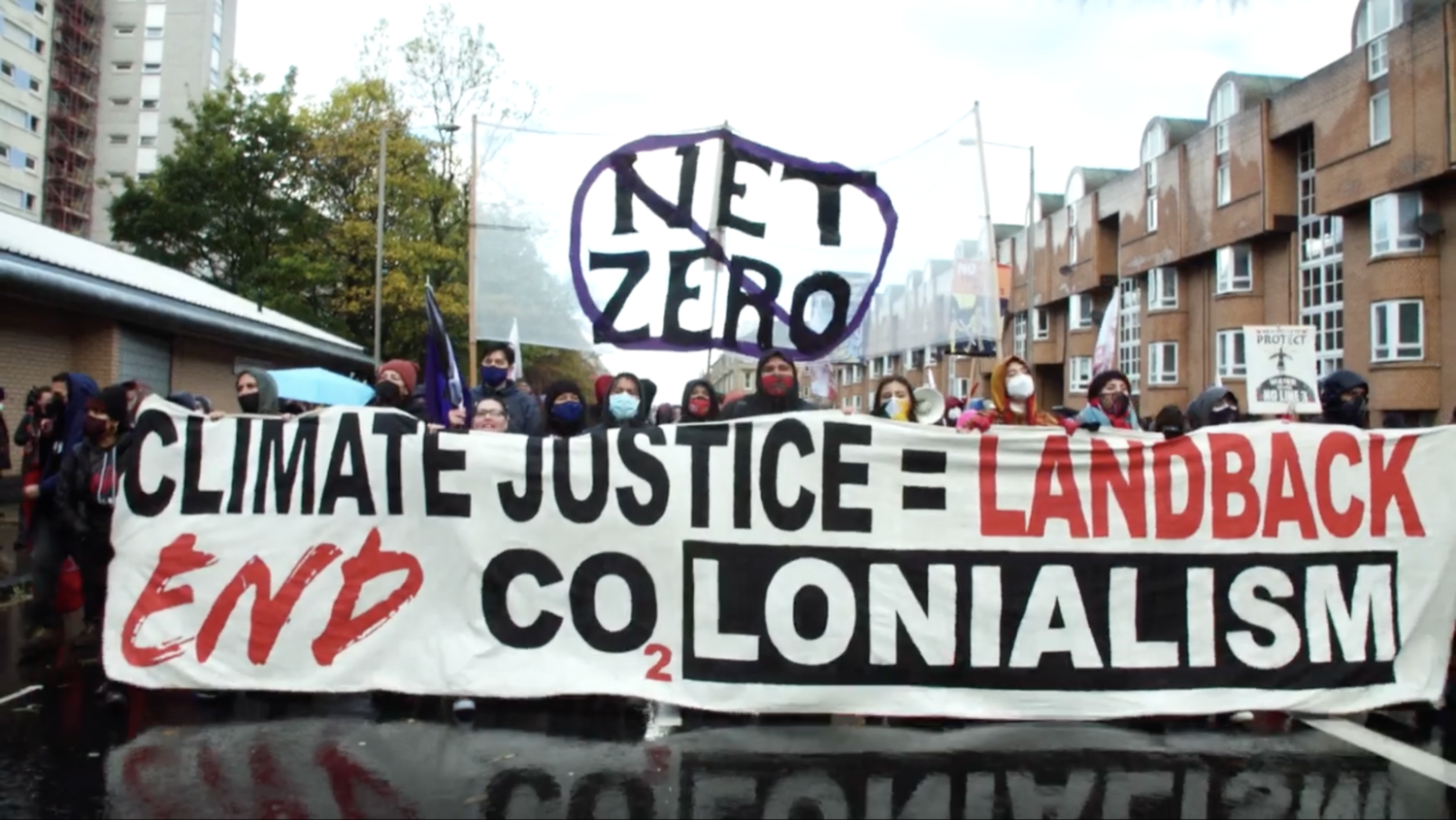 Sharm El-Sheikh, Egypt – The UNFCCC Conference of the Parties concluded its 27th session in the early hours of Sunday, November 20, 2022 with the adoption of the Sharm El-Sheikh Implementation Plan. Despite the extended COP, Parties failed to take adequate steps and action to address climate change. The most glaring omission in the Plan is a failure of the Parties to cut fossil fuel emissions at the source and there were only vague references towards achieving the Paris Agreement temperature goal of 1.5 degrees Celsius.

False solutions such as REDD+, carbon markets, carbon offsets, climate-smart agriculture, climate geoengineering technologies, and nature-based solutions were focal points at COP27. Additionally, climate finance, adaptation and mitigation as well as loss and damage were at the forefront of negotiations at this year’s session.

In the final days of the COP, various changes were made in the final documents that will have a direct impact on Indigenous Peoples and frontline communities. Under mitigation, Parties are called upon to “accelerate the development, deployment, and dissemination of technologies,” which opens the door to streamline harmful, false solutions like climate geoengineering technology. Moreover, the mitigation text also calls for “accelerating efforts towards the phase down of unabated coal and phase-out of inefficient fossil fuel subsidies.” Ultimately, this text does not call for the necessary climate action to phase out fossil fuels with any set dates for action, letting big polluters yet again off the hook, enabling them to continue to pollute and to not be held accountable for their immense contributions to the climate crisis.

While there was an acknowledgement of the rights of Indigenous Peoples as well as a recognition of the important role Indigenous Peoples have in addressing and responding to climate change in the preamble of the Sharm El Sheikh Implementation Plan, there is no other reference to Indigenous Peoples, Traditional [Indigenous] Knowledge, Indigenous Peoples’ rights or human rights in any other text, and instead replaced with references like “social and environmental safeguards.”

In terms of loss and damage, small islands and developing countries pushed for the large, developed countries to pay up for their contributions to climate change. While the text calls for Parties to provide “targeted support to the poorest and most vulnerable in line with national circumstances and recognizing the needs for support towards a just transition”, there is no reference to Indigenous Peoples, and therefore the gap widens Indigenous Peoples receiving direct financial resources for loss and damage.

Although the architecture for loss and damage was agreed in Sharm El-Sheik, the details on implementation will be passed along to the next COP. IEN continues to be concerned on how the finance for loss and damage will be used to create more wealth for countries in the Global North through multilateral development banks and other financial mechanisms.

Furthermore, the Parties took steps backwards in Article 6 of the Paris Agreement, as the implementation process was fast-tracked without meaningful and democratic dialogue that centered around false solutions and no reference to Indigenous Peoples or our Traditional Indigenous Knowledge.

Article 6 relies far too heavily on the assumption that by educating and training citizens of the Parties on the ways and means of local and global efforts to mitigate the sources of climate change it will enable them to make contributions toward reductions of the impacts, wherein reality the Parties engagement is voluntary and they do not actively reduce emissions at source.

In reference to Article 6 and carbon markets, IEN Climate Justice Program Coordinator, Tamra Gilbertson shares, “When carbon pricing is attempted to be placed inside of democratic system to create compliance-based tracking and trading platforms, the whole system collapsed under the weight of attempted tracking, monitoring and accounting because carbon pricing systems are inherently flawed and cannot function within a system that would actually attempt to track and account for real emission’s ‘units’.”

Tom BK Goldtooth, IEN Executive Director also shares his thoughts on the lack of progress made at COP27, “The bottom line at COP27 should have been for rich countries such as the U.S. to commit to a full unqualified phase-out of all fossil fuels, namely oil, gas and coal. This was not done. The door was kept wide open prolonging subsidies for and reliance on fossil fuels and new fossil fuel exploration. There was some headway on the establishment of a loss and damage fund, but only in principle and it could take years before real funding is made available for Indigenous Peoples and non-Indigenous communities in developing countries. There was no COP27 progress in mitigation and adaptation. We did see the UN, the World Bank, other multilateral development banks, and the private sector pushing the financialization of climate change that has nothing to do with addressing the root cause of climate change, allowing polluters to keep on polluting. This coming year IEN will be part of a global movement of grassroots and civil society taking back our power by planning our own regional and global Peoples’ climate action summits.”

While the COP attempted to galvanize Parties to pay up to those impacted by climate change through loss and damage, however after much resistance, the Parties remained unmoved to intervene on addressing the source of climate change which includes stopping big polluters and keeping fossil fuels in the ground.

The UNFCCC COP process yet again, fails to take necessary climate action to address the climate crisis and false solutions noted in the final text will continue to devastate Indigenous and frontline communities. To learn more about the false solutions at COP27, review IEN’s three-part Climate Justice Program Series and critical analyses on Climate Finance, Climate-Smart Agriculture, and Nature-Based Solutions.