If Ukraine Facts Come Out, It Could Spell The End For Joe Biden

By Ray McGovern, Consortium News
September 23, 2019
| Educate!
If Ukraine Facts Come Out, It Could Spell The End For Joe Biden2019-09-232019-09-23https://popularresistance-uploads.s3.amazonaws.com/uploads/2017/12/popres-shorter.pngPopularResistance.Orghttps://popularresistance-uploads.s3.amazonaws.com/uploads/2014/05/Joe-Biden-and-Hunter-Biden-150x100.jpg200px200px 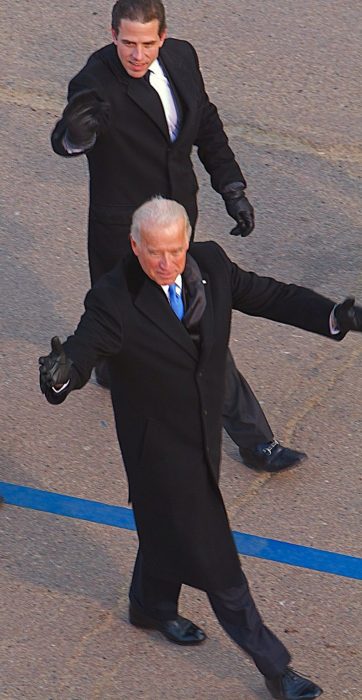 The Joe Biden-friendly Establishment media has mounted a full-court press to “prove” that Biden is, well, not a crook. The stakes are extremely high, Biden is vulnerable, and media players are using to a fare-thee-well the old adage about the best defense is a good offense.  The New York Times, The Washington Post, and The Wall Street Journal are desperately trying to steal the ball and get ahead in the publicity game.  But time is about to run out, and pre-emptive propaganda is unlikely to snatch victory out of the jaws of defeat. IF the facts do come out and IF they are reported, Biden’s presidential hopes may suffer a mortal blow.

When the corruption in which the former Vice President and his son Hunter were involved in Ukraine becomes more widely known, the press wants to be in a position to “show” that it’s all the fault of President Donald Trump and his lawyers for trying to derail Biden’s candidacy by exposing him.  If past is precedent, the media will largely succeed.  The question is whether enough people will, nevertheless, be able to see through this all-too-familiar charade.

In an interview with The National Interest, Joe Lauria put this episode in context:

“’It was in February [2014] when Yanukovych was overthrown, and just a few months later (in May), Joe Biden’s son and a close friend of John Kerry’s stepson, they both join the board of this Ukrainian gas company. And the name of that was Burisma Holdings,’” said Joe Lauria, editor of Consortium News and a former correspondent for the Wall Street Journal. “’So just after an American-backed coup, you have Joe Biden’s son Hunter Biden and this John Kerry family friend joining the board of probably the largest private gas producer in Ukraine. They installed the new government, and as the bounty of this coup, Joe Biden’s son personally profited. He would not have gotten that job if Yanukovych was still in power,’” Lauria told The National Interest.”

Will U.S. voters have any way of putting these dots together, and also in discerning, for example, how much truth there may be in charges that Vice President Biden pressed hard for the ouster of Ukraine’s Prosecutor General, Viktor Shokin, who was canned after investigating corruption at Burisma Holdings Ukrainian gas company of which Hunter Biden was a board member?

In this video, Biden admits on the record to essentially using a billion-dollar line of credit as a bribe to get the prosecutor fired.

If the truth does come out, no one will have to rely on remarks from the likes of Rudy Giuliani, one of Trump’s lawyers, who has called the episode “an astounding scandal of major proportions.”  That may be hyperbole but, still, the damage to Biden could be fatal.

And so, damage control is in full swing today at the Times, the Post, the Journal and other “usual suspects,” with the  Times winning the laurels with its Editorial Board, no less, weighing in with “What did Trump tell Ukraine’s president?” There have also been op-eds by Max Boot, Jennifer Rubin, Anne Applebaum, Greg Sargent and (my favorite), George T. Conway III and Neal Katyal at the Post, whose headline is: “Trump has done plenty to warrant impeachment. But the Ukraine allegations are over the top.”

That title is correct.

Ray McGovern works with Tell the Word, a publishing arm of the ecumenical Church of the Saviour in inner-city Washington. Ray was a CIA analyst for 27 years; in retirement, he co-founded Veteran Intelligence Professionals for Sanity (VIPS).