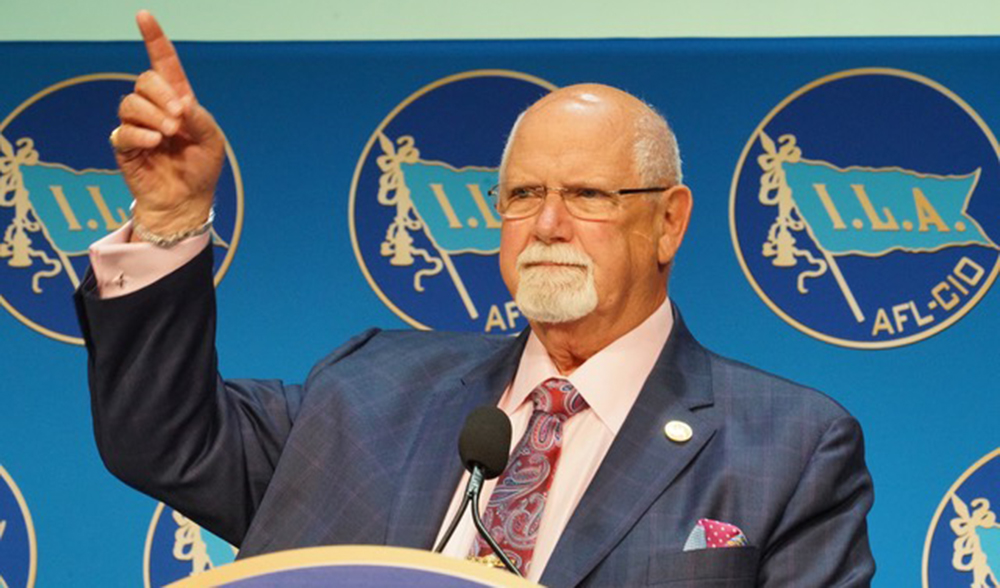 ILA President Warns Members Will Not Work Ships Without Crews Aboard

A Warning for Shipping Lines and Developers of Automated Vessels.

North Bergen, NJ – Harold J. Daggett, President, International Longshoremen’s Association has a message to any shipping companies planning to utilize autonomous container cargo ships without crew: Don’t sail them into ILA ports from Maine To Texas, Puerto Rico, and Eastern Canada – they won’t be unloaded or loaded by ILA Members!

Media reports in recent week have featured stories from Norway and Japan about companies and shipping lines developing and testing container vessels that will sail with no crew aboard – fully self-piloted,” relying on satellite guidance, onboard sensors, and artificial intelligence making decisions based on these inputs,” according to a Facebook posting by Seably, a European maritime on-line training company.

Seably reported September 3, 2021, on plans by Nippon Yûsen Kabushiki Kaisha, also known as NYK, Japan’s largest shipping company, to send “a cargo ship 236 miles from Tokyo to the port of Ise.” The vessel will have no crew onboard, according to the report.

Days earlier, cable news channel CNN featured a report on a Norwegian company, Yara International, and its plans to test an autonomous ship by sailing it between two Norwegian cities.

“Workers around the world are under assault from the threat of automation by greedy companies only interested in making money and eliminating workers who helped them build their success and companies,” said ILA President Daggett. “It’s got to stop, and my ILA will do what it needs to do to save our jobs and the jobs of maritime workers around the world.”

As ILA president, Harold Daggett negotiated a landmark agreement six-year agreement for tens of thousands of his members with United States Maritime Alliance (USMX) in 2018 that prevented any automation or automated equipment at ILA ports. In exchange, the ILA pledged to keep productivity levels above what automated equipment could produce. Apart from lower production levels due to the worldwide COVID pandemic, the ILA has kept its promise and kept its members working. During the ten years he has led the ILA as International President, Harold Daggett has successfully negotiated two Master Contracts with USMX.

“The ILA will not work a container ship without a crew aboard,” said the ILA leader. “Already one company developing these automated ships are also plans for automated loading and unloading of cargo from these crew-less ships without workers. That’s not going to happen under my watch.”

The current ILA contract expires in three years, and ILA President Daggett will continue to keep his members protected from the threat of automation.

The ILA Leader hopes all U.S. Maritime unions join the ILA in refusing to allow autonomous container vessels. He is confident to win the support of the world-wide International Dockworkers’ Council IDC) to join the ILA in its campaign to stand its ground against the elimination of on-board shipping jobs.

“Now more than ever, dockworkers from around the world, joined by all maritime workers must unite to fight this important battle against automation,” said President Daggett.