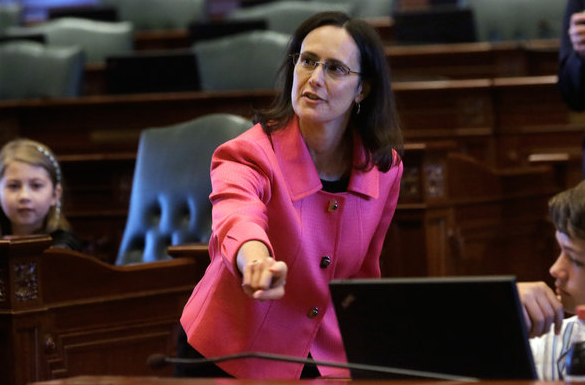 Student loan debt hovers at more than $1 trillion, a threefold surge from a decade ago, and a record number of college students who graduated as the financial system nearly imploded have an average debt load of more than $20,000.

More than half of recent graduates are unemployed or have low-paying jobs that do not require that expensive college degree. Some Americans, including baby boomers whose savings were devastated by the financial crisis, are still struggling to pay off their student loans well into their 50s.

For the debt settlement industry, all this means a tantalizing gold mine of new customers.

Debt settlement companies, which offer to help borrowers lower their monthly loan payments for a hefty upfront fee, have long been fraught with problems. But federal and state regulators are spotting new instances of abuse as the companies shift away from their traditional targets — credit card and mortgage debt — to zero in on student loans. The companies are coming under fire for potentially questionable tactics.

On Monday, Illinois is expected to become the first state to bring legal action against debt settlement companies in connection with their student loan practices, contending in two separate lawsuits that Broadsword Student Advantage and First American Tax Defense duped vulnerable borrowers into paying for help that never arrived.

In her suit against the companies and their operators, Lisa Madigan, the Illinois attorney general, contends that the businesses lured borrowers into paying hundreds of dollars upfront, and in the case of Broadsword, $49.99 a month after that, according to copies of the lawsuits reviewed by The New York Times. The companies often misled customers about those fees, according to the suits, and in some instances feigned affiliation with federal relief programs.

In a particularly cruel twist, Ms. Madigan said, the companies sometimes charged customers for debt assistance that they could have received free from the Education Department.

“It’s just, unfortunately, the latest scam on the largest group of people who are struggling with the most debt,” Ms. Madigan said in an interview last week, noting that her office had been inundated with complaints about the debt settlement companies in the last year alone.

Representatives of both companies could not be reached for comment.

Even before the Illinois action on Monday, borrowers across the nation had lodged hundreds of thousands of complaints with the Federal Trade Commission about debt settlement and debt collection companies. As the industry has ballooned, so too have the complaints of misleading or outright abusive tactics. In 2013, for example, the number of complaints about the tactics reached 204,644, up about 10 percent from two years earlier. The agency has sued several of what it calls bogus credit-related services that charged distressed borrowers hundreds or thousands of dollars, sometimes without their permission.

The allure of the student debt relief companies reflects a growing crisis, regulators say, as students take on more debt that they simply cannot repay. The signs of strain are clear. Of the $1.2 trillion dollars in outstanding student loan debt in the United States, an estimated seven million Americans have already defaulted on a total of $100 billion, with tens of thousands more borrowers defaulting each month, according to the Consumer Financial Protection Bureau.

Debt settlement companies gained steam in the aftermath of the mortgage crisis, when millions of American homeowners were left owing far more than their homes were worth. The companies focused on desperate homeowners and promised to help them avert foreclosure, according to interviews with state and federal regulators.

In a typical arrangement, borrowers are told to send their mortgage payments to debt settlement companies instead of to lenders. By withholding payments, the companies promise, the borrowers will coax the lenders into settling for less.

The problem, the officials say, is that those promises rarely come through. Not only do most consumers end up with huge debts, but they also severely damage their credit in the process.

Now the debt settlement companies are quickly repositioning themselves to appeal to people struggling with student loan debt, according to interviews with lawyers and regulators.

“I think these reports from borrowers about some of these companies remind us of some of the worst practices in the wake of the meltdown in the mortgage market,” said Rohit Chopra, the student loan ombudsman for the Consumer Financial Protection Bureau.

In July, the bureau, which has taken enforcement actions against a number of debt settlement companies, issued a specific warning about companies that claim to help with student loan debt.

In Illinois, where the companies blanketed airwaves with the advertisements, the sheer volume of pitches alarmed the attorney general.

“Once you see posters, something is wrong,” Ms. Madigan said.

The advertising extended to the services First American offered, including something called the Obama Forgiveness Program that was supposedly recently approved by Congress. The Education Department does not offer such a program.

According to the complaint, First American, which is based in Chicago, even pretended to be affiliated with the department and pressed borrowers to make upfront payments by phone, a violation of state law that prohibits debt settlement companies from doing so.

The so-called Obama Forgiveness Program enticed Rick Cibelli, a 48-year-old caregiver from Peoria, Ill., to call First American last year. He had borrowed $10,000 to earn his paralegal certificate and had trouble affording the $60 monthly payments, which covered only the interest on what he owed.

He paid $175 by phone to the company, which said it had ties to the Education Department.

“I was suspicious,” Mr. Cibelli said. He called the department and learned that no such affiliation existed. “I immediately called my bank and had them give the charge back.”

Correction: July 14, 2014
An earlier version of this article referred incompletely to the employment status of recent college graduates. More than half are unemployed or have low-paying jobs that do not require a college degree; it is not the case that more than half are entirely unemployed.